The board edge creating from external CAD

I had trying to make sandwitch now, so I had exported old PCB to 3D body, then cut it to get upper (smaller) PCB (the target is to get similar perforation for connectors and fixing screw).
As this is impossible to define PCB edge as 3D body, I had make as in Kicad manual: Importing the DXF file into KiCad

a convert 3D=>.dwg=>dxf =>tryed to import to drawing_users layer, but can’t. 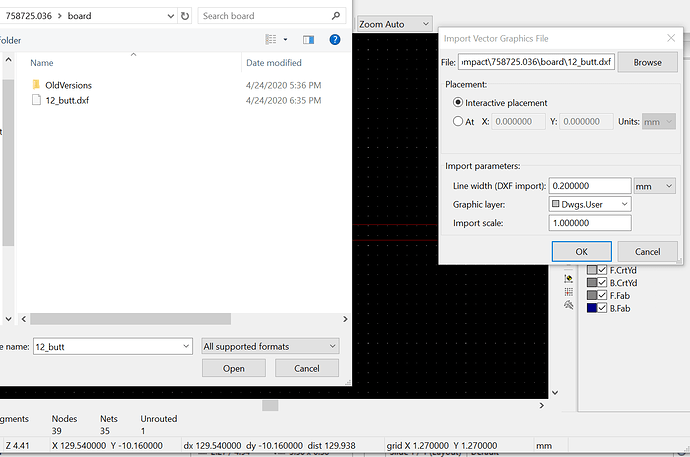 board_Edge1413×936 45.7 KB
and in drawings_user appears nothing.
(really i had trying to edge.cut layer too, but same unsucessfull)
I don’t know yet, how to attach the file with dxf to the message. I had checked, that dwg contents the image, and converted it over online file converter.

and i has saw the video, where the man had draw the butterfly, then make photo ant print is to silk layer, but in my import menu there are not such options (import from png or jpeg or other graphic file except dxf)

can somebody explain, where is my mistake or point to the link?
i will be very apreciated.

There was a bug fixed in the recent 5.1.6 rc for DXF import.
Kicad displayed the “No drawing found” message whent it was not “exploded” to primitives.
Use Tools > Modify > Explode in LibreCAD or similar, or update KiCad to the recent Testing 5.1 (not the 5.99).

thanx, that u have know that is existing bug.
just i don’t find this case between error topics.
I had installed the kicad-5.1-jenkins-609-x86_64.exe with the same error message.

I’m getting ‘no images found in file’. It worked well enough in an earlier release. I’m using 5.1.1 (latest in Fedora stable repo). What I’ve done - simplified the object and exported from Freecad (file attached). Ran it through Librecad and exported as R12 (also tried all the others). Outcome is always the same. from_freecad.dxf (15.9 KB) from_librecad.dxf (1.7 KB) [Untitled]

Thanx for the pointer.

just i have some more questions:

or i need disassembling DXF file 4 import 2 KiCAD in any cases?

Testing 609 was before fix was committed (on 19.04 pushed to 5.1 branch). So update your testing to the latest one (624 as for today) and if that’s the same issue, you’ll open your DXF without any prior processing.

Otherwise might be worth looking at it. If possible, upload the DXF so others could check the import functions. 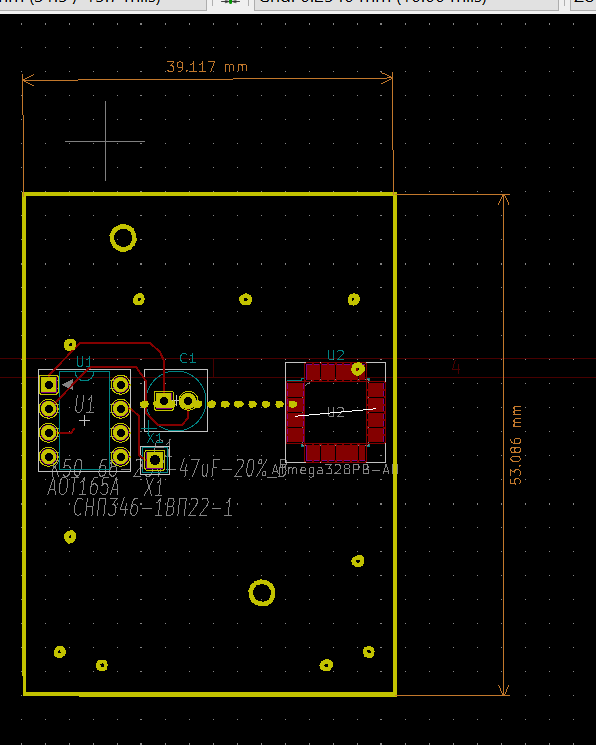 You have uploaded dwg which can’t be directly opened by Kicad. If I open it with Librecad and save as *.dxf, I can import it to Kicad 624 without additional actions.

and try my dxf, which i get from online converter, please?

Your *.dxf does not open in Kicad, does not open in LibreCad but opens in QCad. Something’s not right with the file.
Check your outline converted by LibreCAD - attached.12_butt_LC.dxf (168.0 KB)

R U tryed FreeCAD to convert dwg or step ==>dxf ?

this is imported ur dxf by the LibraCAD processed

Or I need to install Libre Cad in total? 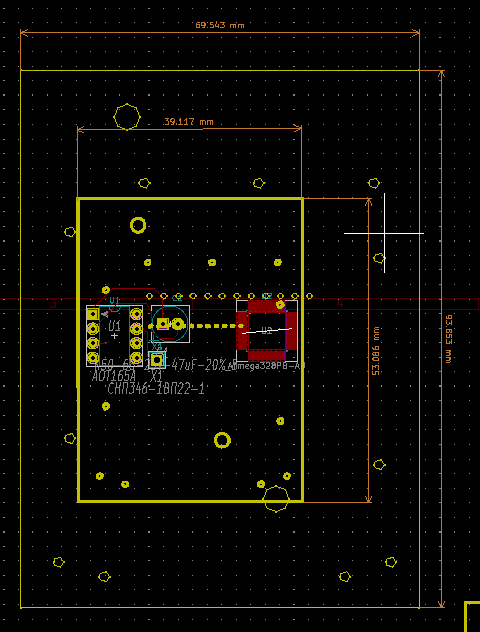 I can’t open dwg in Freecad.

it seems, that FreeCad is not so good, as Libre. It gives the message, that there are not image, and please see, LC.dxf is bigger size (140kB), than FC.dxf (3kB only)

For me, Freecad export opens in Kicad without problems (probably KiCad upgrade would fix problem for you).
DXF from Librecad was converted from DWG, which had ugly segmented circles. This may be the reason for bigger files (one circle vs multiple segments).
This is not problem of Freecad nor Librecad, but caused by the loss of information at the “DWG” stage (I don’t know how you generated DWG from the STEP).

i had make the drawing in inventor ==> had generated dwg from the drawing. 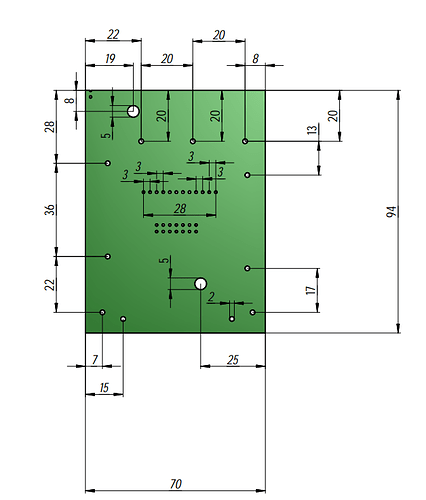 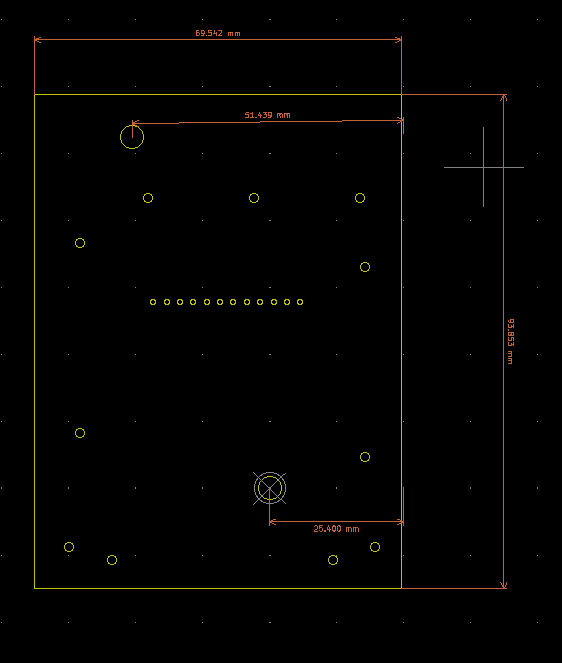 loaded the step in FC, converted the outline as sketch and pushed to kicad_pcb file with StepUp