I wrote a plugin to integrate Pcbnew with Inkscape. Seamlessly. Back and forth, to leverage the advantages of both. 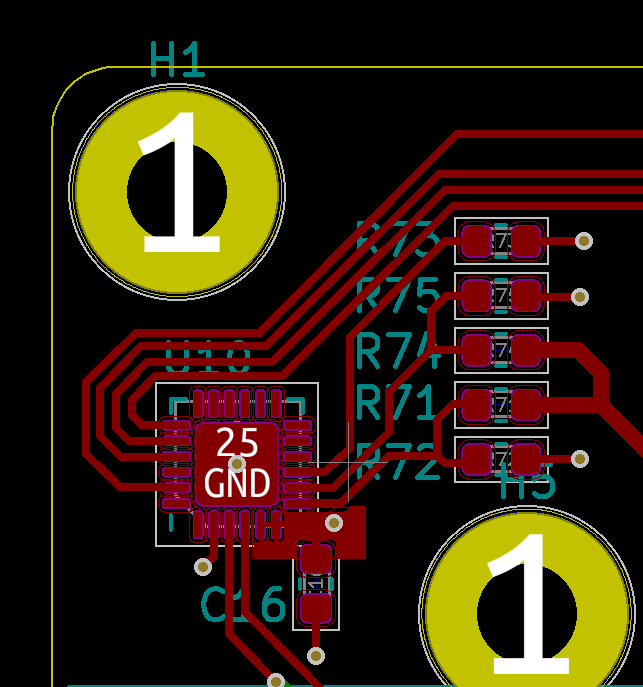 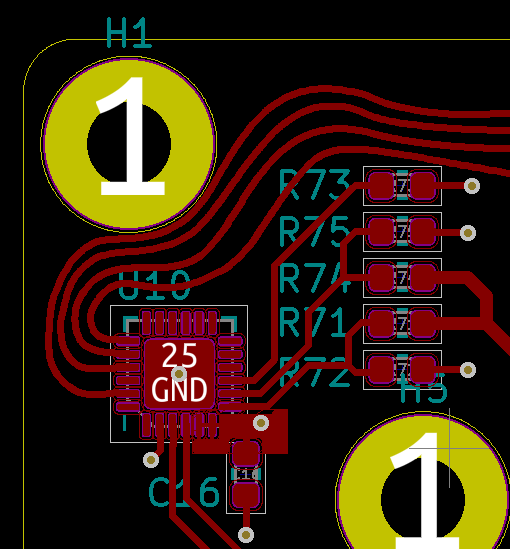 This was written to address some frustrations with other “artistic” PCB workflows. KiCad and other traditional ECAD software has poor support for curved lines, importing and processing of images/drawings, and many other features that can be expected in proper vector software.

Tools intended to bridge the gap are also lacking. PCBmodE is the probably the best tool out there from a pure PCB art standpoint, but there is no schematic tool, and with that, no ability to handle extremely complex, functional PCBs.

KiCad has a tool to export to SVG. SVG-To-Shenzen is a tool to convert SVG files into KiCad files. Both of these are single-direction tools.

Stretch goes both ways. Much as the ideal schematic->PCB capture workflow does not exist, the PCB layout aspect must go hand-in-hand with the art aspect.

Give it a shot, submit issues / PRs, and do cool stuff with it. The world is your oyster. 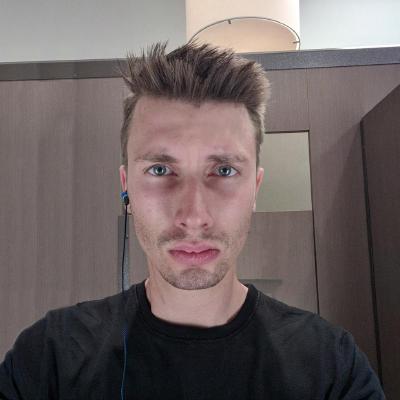 KiCad to SVG and then back again. Contribute to JarrettR/Stretch development by creating an account on GitHub.

I think there is beizier support for some objects, but not editable in pcbnew. Mostly used for import of DFX as far as I understand.

This seems to have come up a few times, but it looks like someone started support years and years ago, but never really got anywhere.

Hi, the Library FileFormats doc describes Bezier Curves in the drawing section. However, I can’t find it in the library editor. Has this been emplemented yet?

The devs don’t seem to be interested in supporting them, fair enough, so I chose to sidestep the issue entirely

Inkscape is a really fantastic tool, so this combines the relative strengths of each.

A side note for another discussion: I honestly believe that SVG would be a fantastic file format for a PCB tool on its own.

The codebase is a bit of a dumpsterfire. Maybe that will improve, in the future.

I’ve been slowly chipping away at this for the past few months. It’s functional!

There are a few nagging issues, but (hopefully) none that are dealbreakers.

Specifically text rotations are weird, fonts are unsupported and not quite right, and traces / line segments need to automatically merge (while going to SVG) and then to automatically detect lines/curves/arcs (when going back to PCB). I even wrote a parser to convert bezier curves to their Pcbnew equivalent!

PCB->SVG->PCB conversion(and then resaving to clear up irrelevant formatting issues) results in a diff that consists only of lines being shifted around. That’s a success, no data being lost! At least with my mildly complicated test PCBs. I’m sure there are edge-cases I haven’t seen.

Due to popular demand, I’ve also changed the name.

Nice! I cloned it to my plugin directory (~/.kicad_plugins/Stretch) and installed bs4 but it won’t show up in PCBnew even after restart. Any ideas? Other plugins (RFTools, Interactive BOM, …) are working.

Specifically text rotations are weird, fonts are unsupported and not quite right, and traces / line segments need to automatically merge (while going to SVG) and then to automatically detect lines/curves/arcs (when going back to PCB). I even wrote a parser to convert bezier curves to their Pcbnew equivalent!

That is awesome! And I know the feeling of finally getting something working. Great job!

If you want some reference work on converting converting SVG paths PCBnew DRAWSEGMENTs and TRACKs, have a look at the KiCommand source code. There are functions to convert all SVG elements to an intermediate format (I call “geoms” and then to convert to either Bézier curves, circles, arcs, polygons, and (line) segments. It handles the transformation of cubic and quadratic Bézier curves to either curves or to line segments with a parameter that guides how accurate the conversion is. It handles everything but elliptical arcs. Bézier curves are super useful for fonts, which are super useful for font conversions, which KiCommand can also convert. It converts those to polygons (that was a recent multi-month effort!). There are a few shortcomings and untested parts of the code, but it is a decent framework. Some of the code is rather new, but let me know if you want any guidance around what’s in the source code now.

I added a link to Stretch in the PCB layout section of KiCad Third-Party Tools.

The first post is now WIKI. That will keep it open for editing even if the thread closes. Also added to the index.

Nice! I cloned it to my plugin directory (~/.kicad_plugins/Stretch) and installed bs4 but it won’t show up in PCBnew even after restart. Any ideas? Other plugins (RFTools, Interactive BOM, …) are working.

Whoops, had some remnants of the old name in there. Fixed.

I pulled it from GitHub but no change, still not available in PCBnew

Could I do some magic in the console to see whats wrong?

Strange. What happens if you open the Python Scripting Console in Pcbnew and type import Stretch ?

I did pip install SvgWrite but the error stays the same.

Try once more! All of my machines are Windows, unfortunately, so I’m not running into the same issues. KiCad’s scripting stuff is a little bit strange with paths.

If that doesn’t work, I’ll try to hunt down a linux/mac box and do more research.

The code is a problem for Linux which I think needs python relative imports https://realpython.com/absolute-vs-relative-python-imports/
and a problem with the hard coded file paths with back slashes such as ‘self.filename_in = currentdir + “example\complex.kicad_pcb”’

I am not enough of a programmer to offer advice about what to do but I did manage to get it working on Xubuntu 20.04 by sorting both of these problems, but probably also killed any chance of the code working on Windows.

problem with the hard coded file paths with back slashes such as ‘self.filename_in = currentdir + “example\complex.kicad_pcb”’

Always use os.path.join() to combine any directory and file names into a path.

Any chance to get your fixed version? I replaced all occurrences of the escaped backslash in (obvious) path strings. All but this one
a.Run_Plugin('D:\\Projects\\git\\test\\what.kicad_pcb', 'out.svg')
in stretch_plugin_action.py since I have no idea what to do with it.
And what about this relative import issue? Since I’m not proficient in Python I have no idea what to do about that and you linked resource is not much help for me.

Unfortunately I have wiped the code now, but hopefully somebody around here with knowledge of using Python on Win & Linux will chime in and do a proper job of modifying it.

It is best to avoid direct hard-coded paths when possible. If you’re doing something temporarily, use Python’s “r” before a literal string to remove the need to escape backslashes. (It’s not needed where I put it in the line above, but I’m in the habit of using “r” for paths).