Where are the resistors and caps?

I just installed Kicad v 5.1.19. There were no parts! I can’t seem to find resistor and capacitors that I can install?

I found digikey-symbols and downloaded these but there doesn’t seem to be any resistors or capacitors? I found some other libraries for op-amps and things and these import and seem to be working.

I found some files: Resistor_SMD.pretty but everything in this folder doesn’t seem to be recognized when I try to import?

What am I missing here?

Introduction to PCB design with KiCad version 5.1 In this tutorial we will learn the very basics of using KiCad for designing a circuit board. It is assumed that you already installed KiCad. If not head over to KiCads download page and follow the instructions for your operating system. This tutorial is split into the following sections: Creating a Project Designing the schematic (Schematic using symbols and Wires) Lay out the board (Visibility options, Footprints, Traces and board outline) …

That assumption might do you no good. KiCad is quite tolerant with what you do with it. There are processes there that should protect your project. And even if you break it temporarily you can salvage it. (This might however require somebody expirienced.) Version 5 has many new nice features. A lot of things make the live of the designer easier. In a company such a decision should however be taken as a team. All designers should be on the same version of kicad. (Or any other tool for that mat… 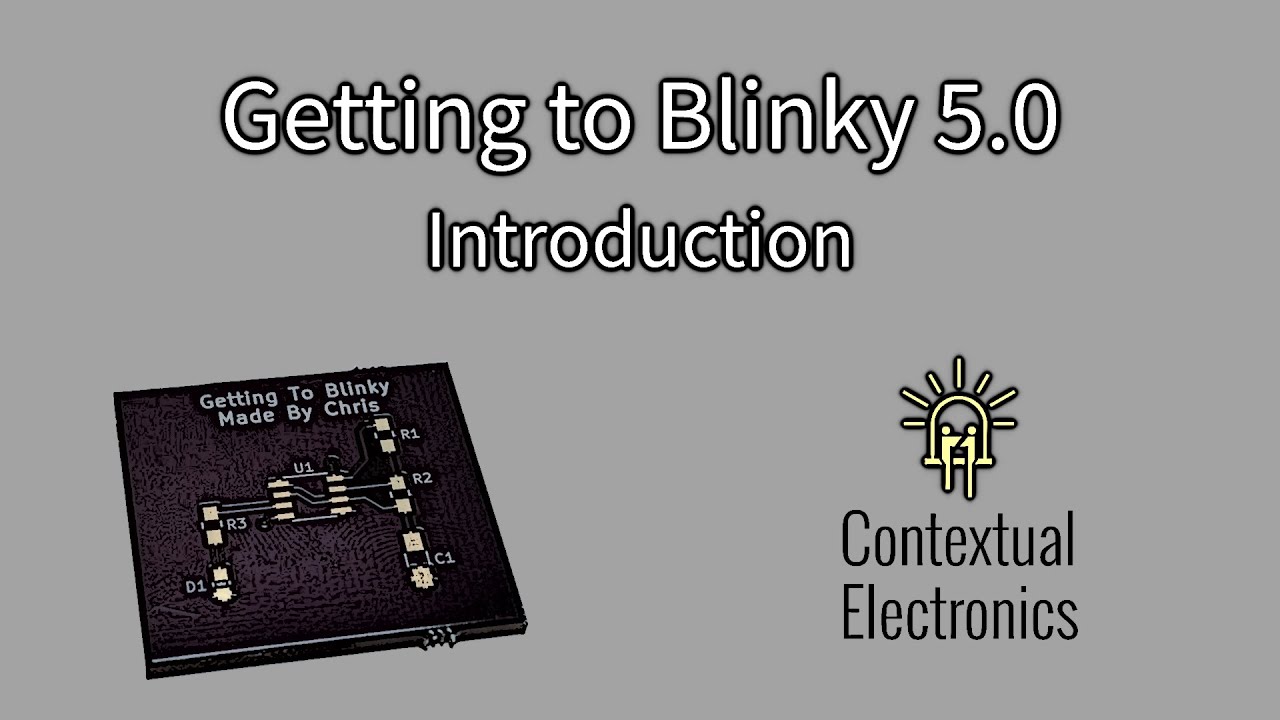 Those are some of the best resources to guide you. Have fun!

I just installed Kicad v 5.1.19. There were no parts! I can’t seem to find resistor and capacitors that I can install?

I found digikey-symbols and downloaded these but there doesn’t seem to be any resistors or capacitors? I found some other libraries for op-amps and things and these import and seem to be working.

I strongly recommend that beginners stay away from 3rd part libraries, some of these are very poor quality and they make it harder for us to help you.

The .pretty files are footprints.
You need to understand the separation of schematic symbol libraries and pcb footprint libraries.
In the schematic editor just typing “R” or"C" in the part symbol chooser should work

What OS? If it is a Linux version the libraries may be a separate install. I don’t know much about the Windows installer though in the past I know people complained it ALWAYS installed the libraries so I think a separate option was included for that.

And to add to the above, once you understand the workflow you will need to look in the ‘Device’ library to find basic items like resistors, capacitors. diodes etc.

Libraries with KiCad are quite big. Somewhere between 4GiBi and 5GiBi.

I have some memories of incremental installs, which omit the libraries, also for other OS-es.

Upon first installation, KiCad also ask you if you want to generate some library table entries. If you decline, then KiCad does not see it’s own libraries, even if they are installed. The easiest recovery is to exit KiCad, remove KiCad’s configuration directory and restart KiCad, and then answer Yes to that question.

So where did you get KiCad from and how big is it?
KiCad has it’s own website with download / install instructions:

… but apparently there are still people who get (outdated?, damaged?, malware infested? Other???) versions from other sources.

There is a kicad 5.1.9. That is probably what you meant. Yes, there are three numerals and two dots.

Which brings returns it to the earlier question…
Why install an older version? (Almost) all versions for all operating systems install V5.1.10 by default.

An easy check if KiCad’s libraries are properly installed is by opening: KiCad’s project manager / Preferences / Manage Symbol Libraries / Global libraries (tab). It should have some 70+ libraries listed: 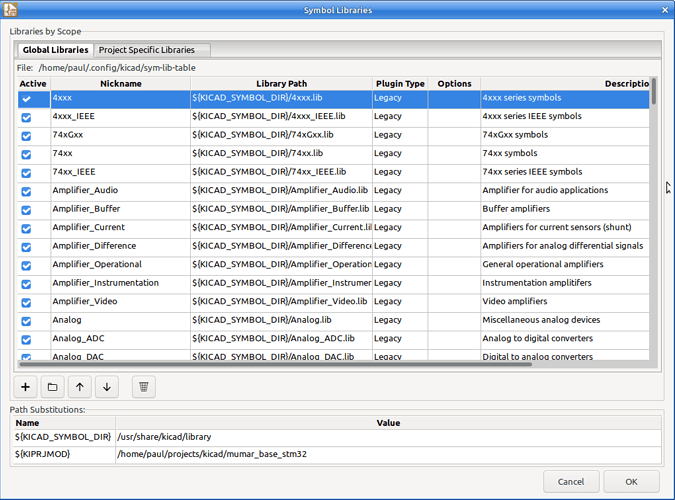 (Watch the scrollbar on the right side).

Thanks for the tips. I found:

I think I have these installed, I see them in the PCB Layout Editor. I still don’t have any resistors or caps in the Schematic editor. How do you get these installed?

the past I know people complained i

I’m on a Mac. When I installed it installed with no libraries. Seemed like you had to add these after the install.

I notice seeing a reference to Device.lib everywhere but I don’t seem to have this. Where can you get that? It didn’t come with KiCad when I installed it.

You should have downloaded this, the CERN entry and it comes with libraries: 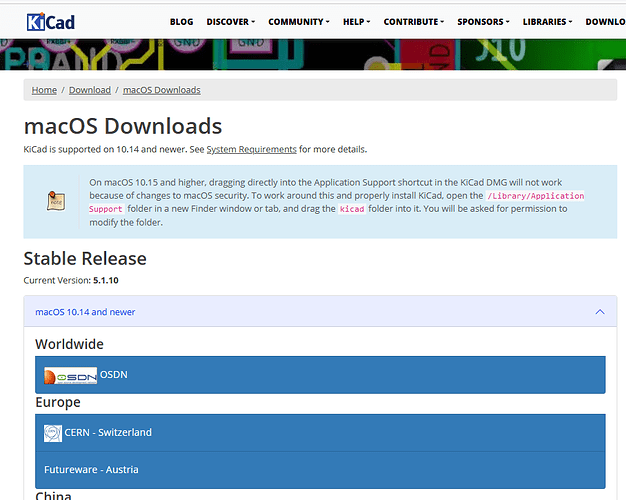 I found it here: https://kicad.github.io/symbols/Device

You’d think some libraries would come with KiCad? I searched my system and nothing with the name Device.lib showed up.

I’m on a Mac. When I installed it installed with no libraries. Seemed like you had to add these after the install.

Nope.
There are some “incremental installs” “floating around”. These are meant for people who already have KiCad installed and want to update to a newer version without updating or downloading the (big) libraries.

Easiest solution is to do a complete un-install, then follow the link davidsrsb posted and do a fresh install.

You have not explained where you got your installer from. If you go to the official website, it is hard to get anything else but the official 5.1.10 (by design) and the Mac version is not issued in a “Lite” version

I downloaded KiCad from the official site.

On a Mac the download is a .dmg file. When you open it there is the KiCad application folder which you drag to Applications. There is a second KiCad file that contains the libraries/models/templates/footprints which you have to put in /Library/Application Support. The necessary shortcuts are provided in the .dmg to make this simple. If you don’t install the Application Support files you won’t have any libraries.
Also, have you ever installed KiCad before? If you have an old set of preferences these may not be set up to see all the available libraries.

Thanks for the reply. When I installed KiCad, and I may have had a previous installed. It asked me to find a library or use an empty library. There wasn’t any file included with the installed files that it would accept.

At this point my issues are solved. I have Device.lib installed and some others. I’m just adding things as I go.