When will the flex PCB be supported in KiCAD

When will the flex PCB be supported in KiCAD,

What sort of extra support from KiCad do you think you need for a flex PCB?

Hi, I have done the design for the flex pcb, and a sample has been manufactured.

Current KiCAD can support flex PCB very well, there is no difference between FR-4 PCB and flex PCB in KiCAD side. Maybe you need to have some more information on the PCB drawing to explain what do you want before you deliver your manufacture file to PCB/PCBA supplier.

What is KiCad lacking that you need for rigid-flex boards? I’ve designed one such board in KiCad without the assembly house and pcb manufacturer complaining.

Could you upload example files (gerber or pdf) which is not possible to create in KiCad?

Only thing I can think of is that the 3D viewer and step export won’t be 100% accurate. But there are probably a few more functions that would be nice to have when designing those boards. 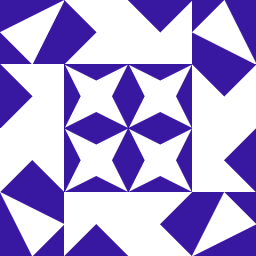 Flexible-PCBs: what data is needed for manufacturers?

Stiffeners are one need

Stiffeners can easily be drawn in any general purpose layer, of which there are plenty to choose from in pcbnew.

That thread didn’t clarify what must be added to Pcbnew for rigid-flex. If anything it clarified that it’s absolutely possible to create rigid-flex pcbs.

A flexible PCB is just a one- or two-layer device with a different material specification (polyimide instead of some sort of FR4). The Gerber files are no different.

Flex-rigid-combinations are similar: You’ll give them a pretty regular Gerber stack, as with rigid PCBs.

In addition, you send them a specification for the layer stack and tell them which layers are to be fabricated on polyimide. Flex in the middle or your stack? Flex on an outside layer? An additional Gerber layer with the dimensions for the entire PCB and the parts that are flexible might help.

With that said, I’m sure that there are functions which could prove useful if implemented. I’m just not sure what those functions are?

I don’t think that there is a standard on how rigid-flex pcbs are defined/represented in standard gerber files? Maybe there’s something added to the X2 Gerber format?

In altium designer, it supports flex-rigi board like this:
1.Define the soft part of the pcb
2.Define bending place and bending radius
3.Display the bended board on 3D view, and the bending angle can be adjusted.
4.Export the bending process as a movie
6.Export bended pcb in a 3D file.

I don’t think KiCAD needs those features at all, because KiCAD has a lot of important features which needs to be achieved, and these features are not important.

But I do agree, that’s nothing that I need in order to design flex-rigid boards. “Defining” the soft parts and hard parts in a comments/graphic layer has proven sufficient so far.

I just had a short look through:

The Gerber file format does have some extra capabilities that are not supported by KiCad. For example there is a V-cut layer, while more common practice is to try to communictate this to a PCB manufacturer by some other method.

There also is a “peelablemask” layer. I think this should be used for thinks like masking off gold plated edge connectors if wave soldering is used (and similar purposes).

For simple flex PCB’s there is not much need for anything special needed for KiCad. The only real change is that the PCB manufacturer does not use FR4, but some flexible substrate.

Ridgit / Flex is a different story. These do not have a “simple outline”. some parts of the PCB have more layers then other, and if footprints can be placed on both the ridgit and the flex part, then the footprints (and their pads) must therefore be defined on different copper layers. KiCad does not support this (yet). KiCad can only place footprints on the two outer copper layers.

KiCad has been steadily improving over the last bunch of years.
When I started with KiCad, it had some serious flaws, such as library management not working properly, but those have all been solved some years ago. Plenty of new features are getting added, and old features are improved. The development pace of KiCad is also improving.

If you want some new feature in Kicad you can always generate a feature request on Gitlab. There is no guarantee of such a request getting implemented of course. It all depends on how useful the request is, if it fits within KiCad’s philosophy, how useful it is for others who use KiCad and probably a bunch of other factors.

if footprints can be placed on both the ridgit and the flex part, then the footprints (and their pads) must therefore be defined on different copper layers. KiCad does not support this (yet). KiCad can only place footprints on the two outer copper layers.

Sure, that’s a real example of one thing that cannot be done as of now. But that to me seems extremely special. Why in the world would anyone want to do that? If you are already paying for a flex-rigid (part flex, part FR4) board, why would you place components on the flex? With or without a stiffener, I don’t see a reason for that. It’s much better to place the components on the FR-4 part, and you will pay for FR-4 for the entire area of the pcb regardless.

Also, if you would place the flex on the top layer instead of in the middle, this should be possible. The component layer is then the same regardless if the components are placed on FR-4 or on flex. Although I’m not sure if that’s a manufacturable option. In your example where the flex is placed in the middle of the FR-4 stack, the components will be placed on different height depending on if they are placed on FR-4 or flex. How will the paste stencil for this look? It would be the most stepped stencil I’ve ever heard of.

Several flexi-rigids that I have used have had a THT FR4 end with SMD capacitors, soldered onto a circular connector.
The other end was either gold flashed to plug into a cam lock socket or soldered to a THT plug

2.Define bending place and bending radius
3.Display the bended board on 3D view, and the bending angle can be adjusted.
4.Export the bending process as a movie
6.Export bended pcb in a 3D file.

all these processes could be done in FreeCAD
here some experiments:

@BlackCoffee using FreeCAD and the Sheetmetal WB + the tool ‘Fold a wall using a sketch’ is perfect for the pcb. But the user would need to place the components on the right angled placement manually. Anyway, using some i.e. drill reference would be quite easy to achieve. 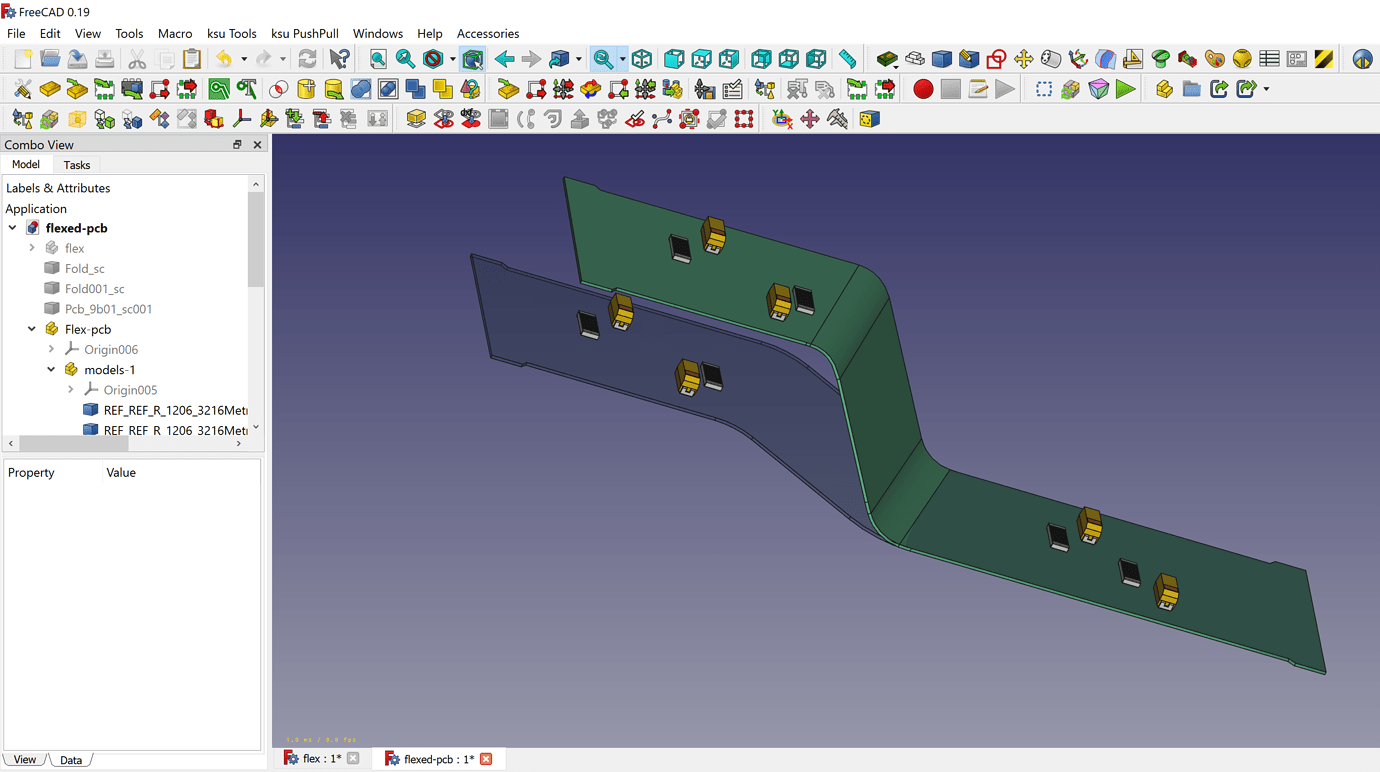 I have successfully made flex PCBs with KiCad. The main thing that is missing for me is the ability to easily do curved traces which are recommended instead of the usual 45 degree bends.

Curved copper tracks are supported by the new, almost ready KiCad V6.0. Support is still a bit limited though, and there are not yet many build in ways to draw and manipulate them.

and also fir kicad v5 you can use RF-Tools plugins 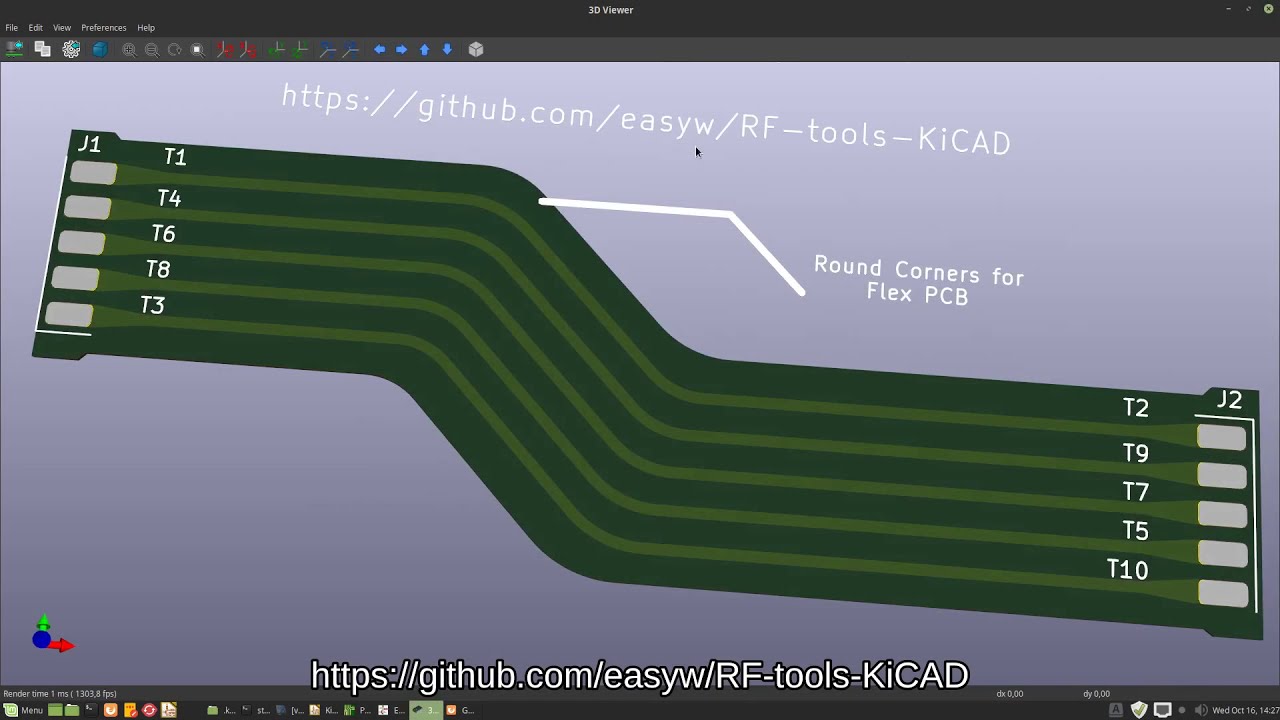 I know it’s an open request. I have been following this for a while.

would anyone who’s done a rigid-flex board be willing to share some of the drawings they used to define the board, stackup, flex portion, etc.
I know (now) that V6 has many more user layers than V5 did, but what extra layers did you use to do dimensions, bends, etc.?