I have in my possession the Gerber files and a PDF schématic of a montage.
My goal is to replace conventional components with SBDs on the PCB

From Kicad and with the Gerber menu, I can recreate the PCB (With classic components)
Then I completely reworked the schematic in Kicad.(With SMD footprint)
I update the PCB, the SMD components appear well with the hair near the PCB.

The problem is that it is impossible to replace the prints on the PCB, as if there was a missing association between the pcb made from the Gerber files and the schematic created with Kicad.

A solution?
Should the BCP be recreated from A to Z?

Should the BCP be recreated

Do you mean PCB? Maybe BCP = PCB viewed from the back?

pb of traduction with reverso

If you have the schematic which has all the components and they have their Footprint fields defined, and then a layout which has the corresponding footprints, you have to make the reference designators match and use the non-default option for the symbol/footprint connection in the Update PCB from Schematic dialog. See Altium design to kicad for a similar situation.

Paul, I read your article before answering but didn’t see it describing the Update PCB step even though it is written in a heading. I suggest adding a screenshot (or two, for 5.1 and 5.99).

EDIT: it’s described in the beginning, but mentioning it in a later heading is a bit confusing.

it’s give that on the PCB view 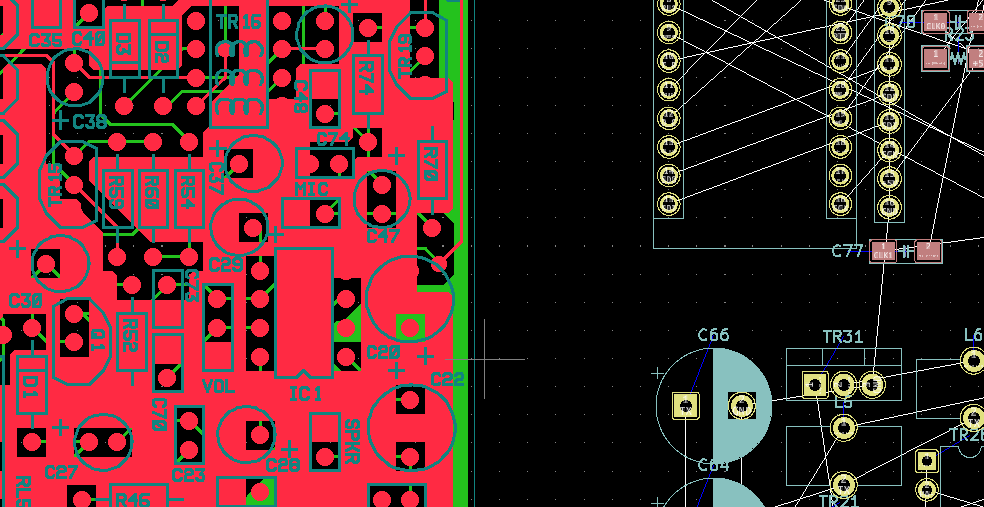 Footprints can be moved on the PCB, but the PCB does not
will not update, as there is no relationship between the schematic and the gerbers files that come from elsewhere. (i think)

Example
I placed a footprint Resistor on the ground surface
After launching the PCB update ,

it has no effect.
Normaly Resistance pads should be isolated from the ground 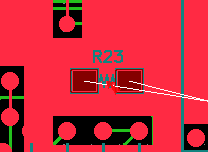 this must come from the fact that the PCB, has no Footprints (Kicad) when creating the PCB with the Gerber files

this must come from the fact that the PCB, has no Footprints (Kicad) when creating the PCB with the Gerber files

You have to populate the board with footprints in one of two ways:

Paul, I read your article before answering but didn’t see it describing the Update PCB step even though it is written in a heading. I suggest adding a screenshot (or two, for 5.1 and 5.99).

The article is indeed not finished yet.
I have to re-read it and revise it. I’ve also got a PM with a bunch of tips that I still have to weave into it. The index not closely matching the content is indeed one of it’s bigger faults at the moment.

I did the test as indicated.
This does not work because the mass plane is made of adjoining tracks. (Moreover it is the most imposing side FCU). It is then not possible to put a footprint on it.
Apart from deleting it completely and keeping only the inter-component tracks, I don’t see any other solution.
I did another test by creating a small project with some components.
I created a 2cms wide track and tried to put footrprints on it, it’s the same result.

Any other ideas?
cdt

I created a 2cms wide track and tried to put footrprints on it, it’s the same result.

Hmm, weird…
Without the project or even a screenshot it’s hard to guess what is happening on your side. My experience with “painted” zones and pads is that there usually is enough information to delete the redundant info.

Are you able to zip the project and post it here? Then I’ll have a look at it.

For your information, I think I’ve found a solution that works.
As on PCBView, the ground are actually adjacent tracks, I proceed as follows:
I find the tracks I want to keep and “LOCK” them.
Then with the “global erase option”, I delete the tracks (Except locked tracks and vias)
Then it is easy to recreate a “Kicad” ground plan
I use the existing via to center the different CI’s and the layer ECO1 which is the old silkscreen to place the footprints.
Then I remove unnecessary vias and with RDC corrects the connexions.

For the change from THT to SMT…
For advise, it’s important to know that this is a design for an analog transceiver, and it has lots of discrete resistors and transistors that work at frequencies between (I guess) 20MHz and 100MHz. I do not have much experience with this.

I’m also guessing that there is no pressing reason to make the PCB itself smaller. Maybe it even has to fin in the same box, with the mounting holes at the same location.
For the electronics itself it does not matter much whether you put the SMT parts on the top or on the bottom. The most important design rues are probably to keep the GND plane as complete as possible (the original design was not stellar in this regard), and probably also to keep capacitive coupling to the GND plane small. Maybe even remove some parts of the GND plane when lowering capacitance is of bigger concern then the GND plane itself (I’m guessing here)

Capacitive leakage to GND will be smallest the signal part from footprint to footprint is small. Witth footprints placed in such a way that the signal path is straight, and other connections are to the side. Such a routing style would resemble the PCB’s I’ve seen of spectrum analyzers. During the changeover from THT to SMT, there probably is not much of the layout itself you can re-use. The resistors are much smaller, and pins on a SOT-23 are in different order then on a TO92.