For doing simulations only (meaning, not going to make a PCB), I prefer LTspice.

But, if intending to build an actual PCB/real-circuit, I prefer doing schematics/pcb’s in Kicad.

I ran into a problem with NGspice/kicad when wanting to simulate an Audio Amp using a WAV file as the input source.
WAV file works great in LTspice (zero problems) but, NGspice does not appear to like WAV files (or renamed to .TXT…etc).

I discovered a simple way to use the circuit in Kicad: generate the Netlist file but select ‘Spice’ as the file type and it generates a xxx.CIR

Then, simply open the .CIR in LTspice. Thus, no need to make the circuit in LTspice. 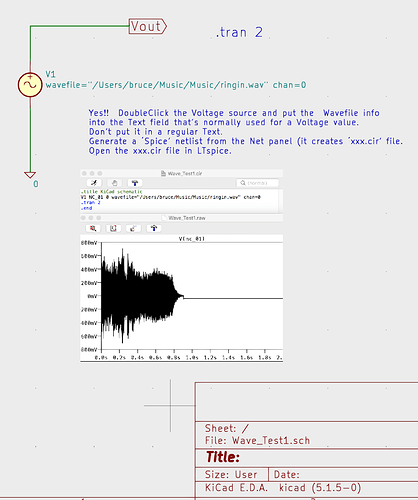 Cool. If you are doing this repeatedly, you can fill in the location of the LTSpice EXE file and launch the simulation straight from KiCad. A similar thing is shown at this timestamped video:
https://www.youtube.com/watch?v=90Z6ffxzDz8&t=21m57s 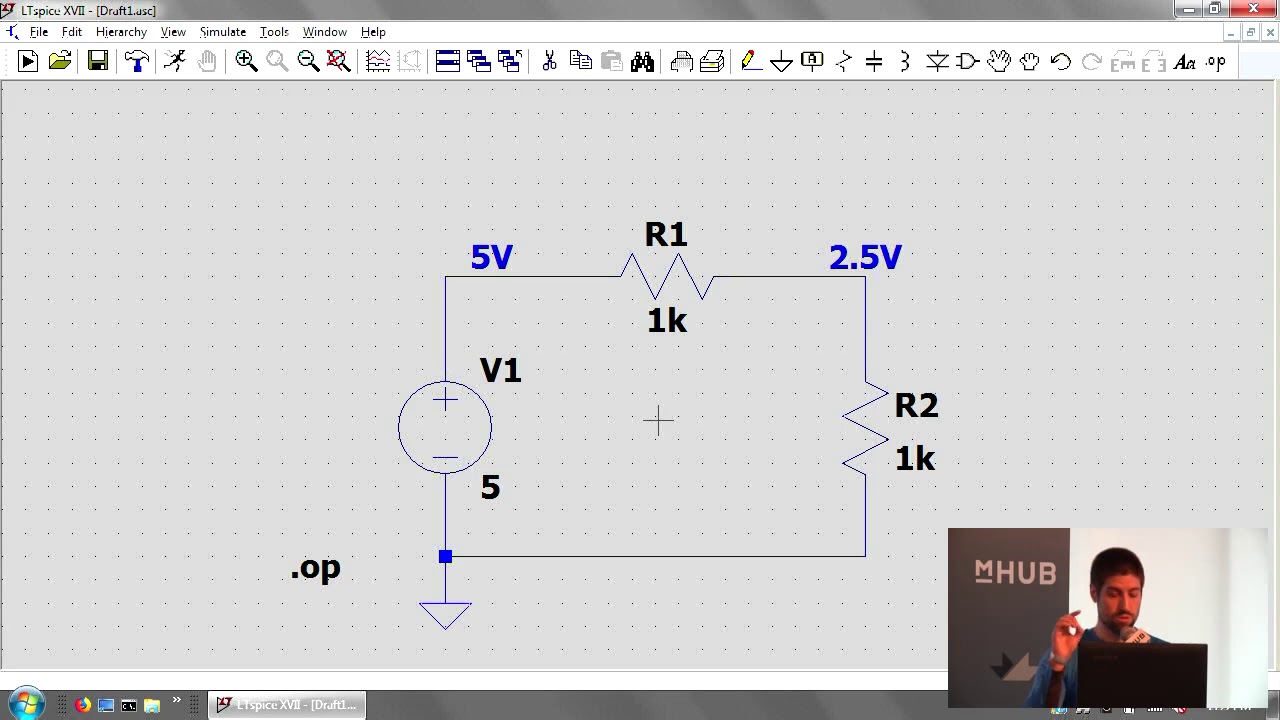 Thank you! It worked

There is now an experimental ngspice (pre-compiled for MS Windows) that reads and writes wave audio files.

Please check http://ngspice.sourceforge.net/download.html#wav for downloading. For now this is discrete ngspice only. A example is given in post 230 at https://www.diyaudio.com/forums/software-tools/331656-installing-using-ngspice-opensource-simulator-23.html as https://www.diyaudio.com/forums/attachments/software-tools/865262d1596379259-installing-using-ngspice-opensource-simulator-passlabf6-diyaudio-5-zip how to use it in conjunction with KiCad.

A short intro to the input and output formats is found in http://gareus.org/oss/spicesound/start