I went to do an update (as it’s been a while), currently running 5.1.0 on a mac pro running Mac OSX 10.12 (latest supported version for my hardware). After looking around I realized that pre-10.14 macs have been dropped. I don’t remember any issues relating to the 5.1.0 install, but I do see the -10_14 and non-10_14 builds as illustrated in this snapshot: 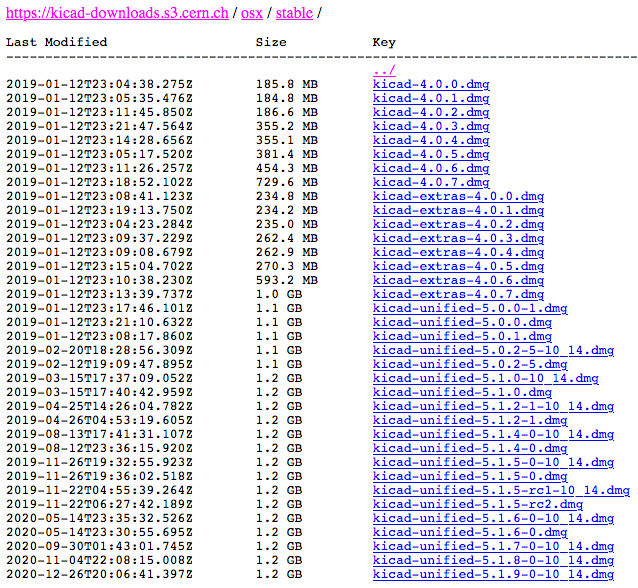 It appears 5.1.6 is the last version having a non-10_14 build. Just wanted to verify that this is a hard stop on using any later versions on my Mac. If it is I’ll be considering a VM based Windows 10 install to continue using the later builds on my mac. If anyone knows if that’s a workable solution.

Thanks to all who have suggestions.

A helpful user has compiled 5.1.9 for older macOS versions. This is provided unsupported and at risk but I have been using it on my superannuated 27” desktop from 2010 running High Sierra. I have managed to compile a version of 5.99 myself too so am hopeful that this hardware will still be useful. A recent SSD upgrade has made it quite sprightly!

Thanks John, maybe there is still hope for my aging beast. I do have a hackintosh which I may be able to install 10.15.7 which may buy me a little time into the future (probably not much though).