How can I have Kicad version v5 and the new v6 together in the same machine while v6 is not still official?

There is something weird with Kicad-nightly PPA for Ubuntu

I used to have 2 PPA installed.

The current 5.1.* stable version and the nightly builds.

I’ve noticed that I don’t have the 5.1.* anymore. Just the v5.99 and v6. This is kind of weird because this is not what I have installed. 5.1.* may have been replaced on daily updates somehow.

It looks like Kicad nightly is almost ready and turning into v6 from v5.99. But as far as I understand it was not released yet. So, the stable one is still Kicad 5.1.* But the kicad-nigtly was renamed to kicad moving. I think this makes Kicad 5.1.* unavailable without some kind of trick.

So my question is,

How can I have Kicad version v5 and the new v6 together in the same machine while v6 is not still official? And maybe for some time after, since some places (companies/teams) may take time to make this change?

Ah, not sure this is the right thing, but somehow the 5.99 is in the impish/universe repository, and it is overriding the 5.1.12 from 5.1 ppa as the default choice.

Ah, that makes sense then. So, since nightly became 6.99 it will the version to test work for v7 I guess.

Could you please check if you have this impish universe enabled in your /etc/apt/sources.list

It it does not seem right that the 5.99 is in the universe.

sources.list is empty, so what I posted is all I have.

I do not know what the difference between impish and focal is. I don’t use Ubuntu.

Also, try to get your numbers right to avoid confusion. There is now an extra dot between the two nines.

If you point to

then you will be upgraded to 6.0RC2 (which is the latest in the repository) and then later you will upgrade to 6.0 when it’s finally released.

The nightlies have now become 6.99.

Got to admit, these Ubuntu names are the worst thing. It is good for Marketing, maybe. But for devs/admins, it does not make sense. So there is the version number to clarify. which refers to the Year.Month it was released. They should use numbers inside these files, and not names.

sources.list is empty, so what I posted is all I have.

So, you are not using the standard sources.list from Ubuntu. You are using a customized one (this empty file). Which means no app sources at all. Then you are using just the PPAs added by you, maybe. And they are files inside the /etc/sources.list.d/

Not sure if I got this quote here. Which number you are referring to?

Also, try to get your numbers right to avoid confusion. There is now an extra dot between the two nines.

Oh god, getting confusing. So, 6.9.9. is the current nigtly version for 6.0.
But the binary is already kicad and not kicad-nigtly right?

This makes hardted to have the old v5 with this one together, right?

Ubuntu have some weird names but they move up in the alphabet. 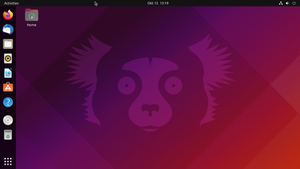 
The latest is Jammy Jellyfish

KiCad has now been tagged for 6.0 release so the nightly is now bumped up to 6.9.9 so if you stay on the nightlies you will get upgraded to 6.9.9 (This is for 7.x version track.)

If you use
sudo add-apt-repository --yes ppa:kicad/kicad-5.1-releases

If you use
sudo add-apt-repository --yes ppa:kicad/kicad-6.0-releases

If’s confusing with the version numbers but easy when you understand how it works.

No, it is not confusing. I got that. It works like that since a long time ago. Numbers are not in sequence but the higher is the newer one. Which makes sense.

Now, why 5.99 is in the Universe repository? Its installer and the binary is named kicad (and not kicad-nightly anymore) on this version and this is bad. It overlaps the current kicad whoever the version is (5.1 ppa, or 6.0)

Now my real question is:

That’s a good question. I dont think you can have stable 5.1.12 and soon to be stable 6.0 on the same system as they will both install to the same folder.

You will have to try some magic when you install the .deb. file. Can’t vouch for this but seems doable. 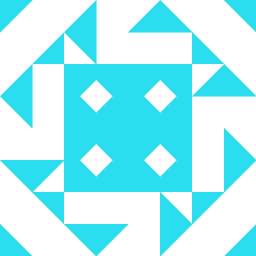 How to install *.deb package using Dpkg to specific directory.

Whether that will cause issues in running KiCad is another question

Yeah. This is the problem.

I, personally, have no issue in migrate to a new version of it. I always do that. But I have teams I work that are really slow to accept changes. So, I have to have both installed.

I would like to suggest Kicad team, if they dont have it already, to use something similar as what they have for kicad-nigtlly.

Actually this is a solution for the package managers. Maybe they already do this.

Cool. Do you any idea on what we were talking already? If we can have older versions like the way I have proposed? Or maybe do you know if this is already what happens today?

don’t like it, still a number of the beast

I find this version bump quite annoying at the moment.
I still have V5.1.12 for “regular stuff” while I’m likely to need V6.0.rcx for screenshots for updating documentation. There is a very reasonable chance I’ve got to make a bunch of them, and all the title bars suddenly have V6.9 in them at the moment.

If you want to stay on the nightly stream but still want 6.0RC2 then best would be to downgrade to 6.0RC2 (If you have already been upgraded to 6.99) and then put a hold on the package so it doesn’t upgrade

So, you are not using the standard sources.list from Ubuntu. You are using a customized one (this empty file). Which means no app sources at all. Then you are using just the PPAs added by you, maybe. And they are files inside the /etc/sources.list.d/

This is tangential to the discussion, but apt based systems work like this:

This setup allows a lot of flexibility. Some distros put everything in /etc/apt/sources.list. Others don’t use that at all leaving it empty but use one or more files in /etc/sources.list.d/. You can add your repos anywhere, but I prefer to put user added repos in their own file(s) in /etc/apt/sources.d/ That way you don’t modify the system repo lists.

A quick browse of the directories under /etc/apt will show you what repo lists are used.

Even within the Debian based repos you will see a lot of variation. For example here is the /etc/apt/sources.list.d/ directory on AntiX, a lightweight distro I use for my old travel netbook.

I have a bold suggestion. Why don’t you just compile yourself? It’s not too difficult; I have written instructions here. You can compile either version if you enable the corresponding repository (temporarily) with the source repo.