I’ve been collecting a few templates[1] that make for good starting points when targeting manufacturing with a specific board house. These collect DRC rules as well as user trace widths, basic setups and the like. They can help ensure your layout is compatible with your favourite manufacturer.

To use these, you place them in your user templates directory:

I have received updates from OshPark and Aisler, so these are somewhat verified. If you don’t see your favorite board house here, let me know and I’ll reach out to see if we can make one for them.

…let me know and I’ll reach out to see if we can make one for them.

I recently found out that some assembly houses also have unpublished specifications.

ON EDIT: What do you have for the line thickness of the Edge_Cuts_Layer for the OSHPark Template?

You can download from there as a zip file.

What do you have for the line thickness of the Edge_Cuts_Layer for the OSHPark Template?

It’s a bit difficult to find values for pcbway. Note that even in the quick-turn option they have:

The values in the template aren’t the cost-effective ones.

It’s fun to try to decipher that table.

How do I apply a template?

After placing the files in your KICAD_USER_TEMPLATE_DIR, you can make a new templated project by selecting this button: 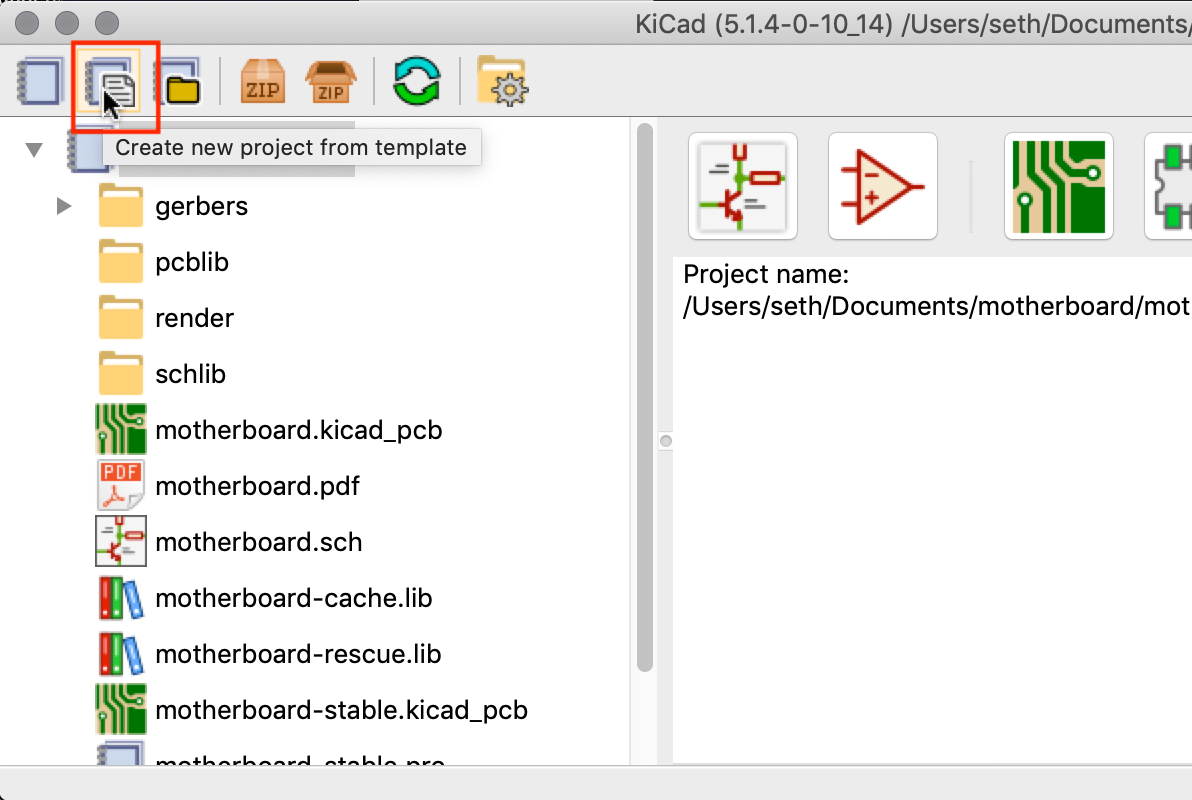 Thanks. Is there any way you can parameterise the paper size for those of us who live in ISO paper size countries?

These kind of board templates were wished for, but now when Seth actually made some, they show the limits of KiCad. Taking care of changing variables would require more complicated system for defining minimum values. There are also some values which could exist but don’t exist now.

Manufacturers often have different values for inner and outer layer copper, too

And now there’s no minimum for copper clearance in KiCad (is there a reason for that?).

DRC has no silk line with check right now. If these templates are intended for v5 then this is as good as it can get.

Yes of course. That’s why I said “they show the limits of KiCad”.

Unfortunately there are no easy fixes for all manufacturability or other similar issues. The problem begins with manufacturers who define things very differently, and continues with the industry’s lack of any formal way of communicating these values. And the manufacturability problems themselves are of course complex, like the above mentioned copper thickness which affects other values, or hole-to-hole clearance which may be affected by hole size.

The rules and the corresponding UI in any EDA are necessarily a simplification. What is important is that the user would be aware of the possible issues and doesn’t trust the default values blindly but always gets familiar with actual recommendations and rules of their manufacturer.

The problem begins with manufacturers who define things very differently, and continues with the industry’s lack of any formal way of communicating these values.

I can now tell you for certain that those are “Trade Secrets” for a particular assembly house in the USA, and I highly suspect others are very similar “Trade Secrets” for board manufactures also in the USA. If the process is not “Turn-Key” then the individual agency creating the board files is also responsible for additional elements of the Design for Manufacturing Process in KiCad.