3D viewer in KiCad is nice and gives good views of coming reality. Is there any plans/is it possible to make the “viewer” not only a viewer, but also an editor, something like this? 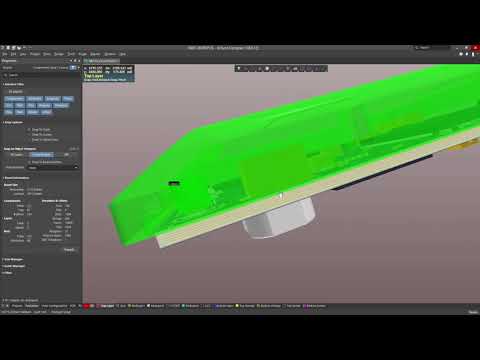 At the moment, that functionality can be done with KiCad StepUp in FreeCAD. And because it takes a tremendous effort to create a 3D editing program and the resources of KiCad are still quite limited, it seems unlikely something like that will happen within the first 5 years or so, After that the future is too murky to predict anything. But I have more hopes for FreeCAD getting a more consistent user interface than for this to get integrated in KiCad itself.

However, just shoving around the existing 3D models a bit is a relatively simple task, so if a programmer is interested in doing this, then it may get merged into KiCad. If you’re such a programmer, always contact the KiCad developers first before you start working on something like this. Features that do not fit with the directions in which the lead developers want to take KiCad do not get merged, and they also don’t like big merge requests coming out of the blue. I’m just a user, but those rules make perfect sense to me.

Thanks for your reply, paulvdh, I’m just a user as well, a curious user.