The issue has been described (here: Abnormal zone to pad clearance for rrect pad) and the bug was submitted and apparently fixed (here: https://bugs.launchpad.net/kicad/+bug/1814756). I recently installed version 5.1.9 and the bug still exists, so I presume it will be included/fixed with version 6. Does anyone have a workaround for this (perhaps someway to modify the zone fill algorithm via script) in the meantime?

Are you referring to the clearance for straight lines or for the radii in the corners? 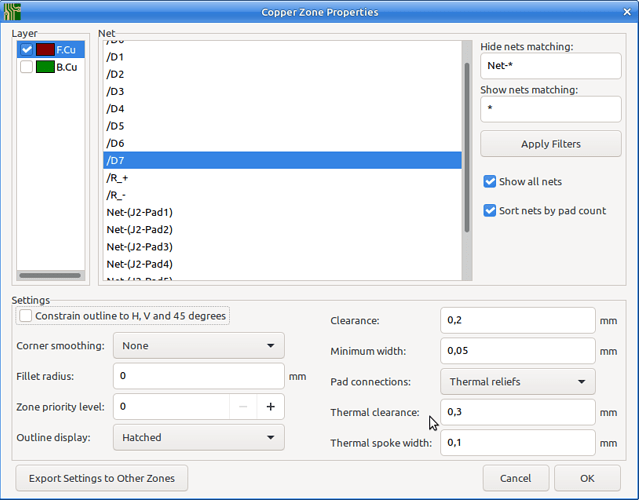 Then I put a resistor on a PCB and threw a zone around it.
(left pad 0.2mm clearance, right pad 0.3mm thermal clearance)
The radii on the pad with the thermal spokes looks wrong. Center for the radii is taken from the pad corners instead of the same center as the corner radii of the pad itself: 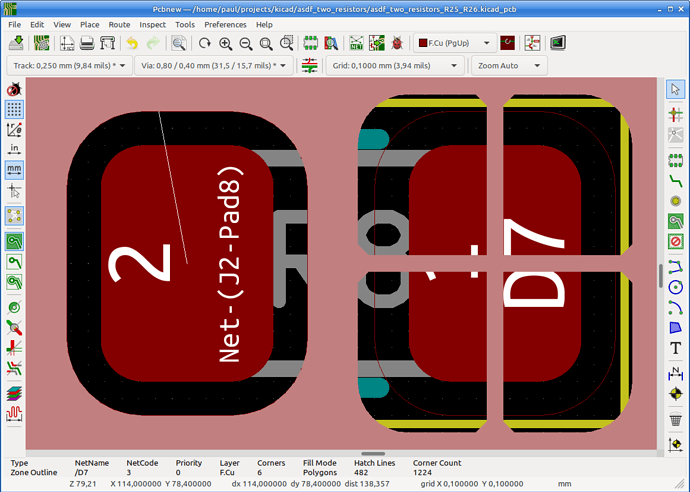 The lanchpad link says it will only be fixed in V6: 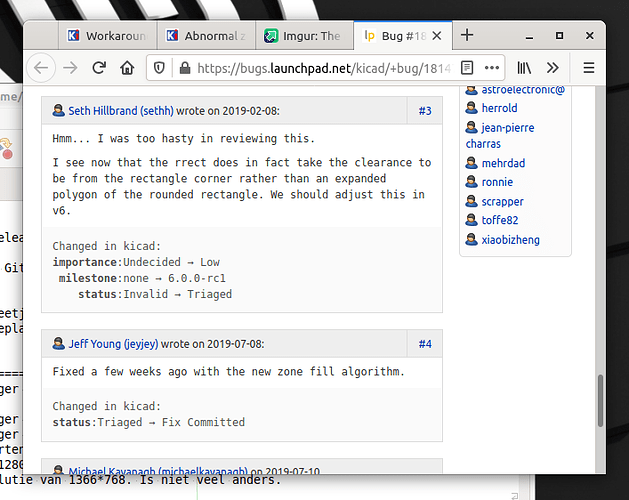 And indeed in KiCad-nightly V6.99 it currently looks like: 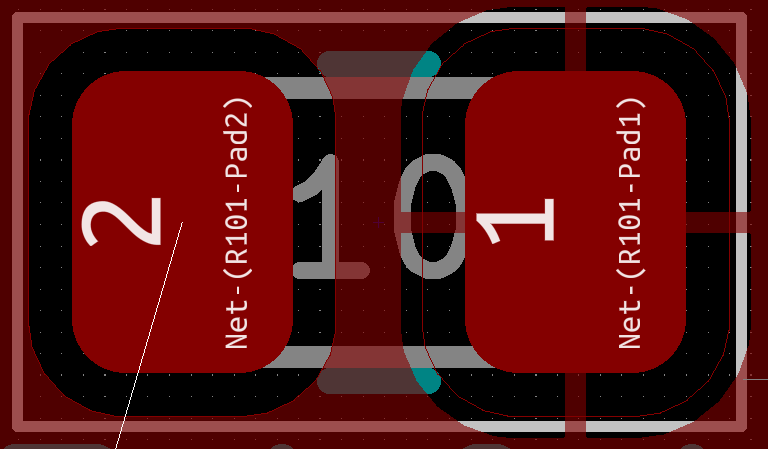 And the question was…
A workaround for the rounding in these corners?
I guess you could write a script to patch the corners, but is it really important enough to bother with it? You can see it clearly on your monitor, but it’s mainly cosmetic (actual clearance only increases) and on the PCB itself those things are quite small.

Alternatively, you could take the fix, patch the sourcecode of V5.1.x with it and compile KiCad yourself, or try to find somewone who has a build setup and compiled KiCad before and is willing to compile it with that patch for you.