I’m still working on my project for my simulator.

One of the projects will in principle be a separate project.

I want to create a dimmer that allows me to match the brightness of different types of lighting in terms of hardware. (Light bulbs and LEDs)

At present I can basically do this with an Arduino UNO, some code and N-Drive Shield: 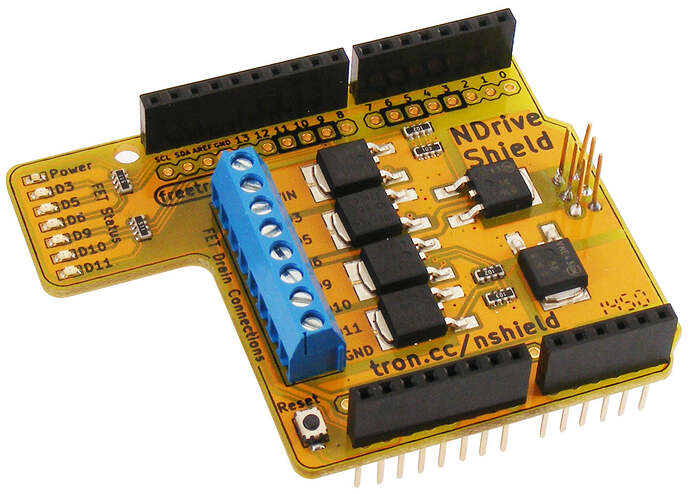 Directly control up to 6 separate high-power loads such as high-intensity LEDs, lamps, motors, and relays. Incorporates 6 N-channel MOSFETs, each capable of switching up to 60Vdc at 20 Amps. That's enough to drive massive loads such as 30W and 60W...

I can then with different code I have received and barely understand myself combine different inputs and outputs.

For example, I can run a potentiometer that controls 3 outputs with different types of lighting. For example a 12 V led together with a 5V Led and a 5V light bulbs.

This is the first attempt I made with UNO and NDrive: 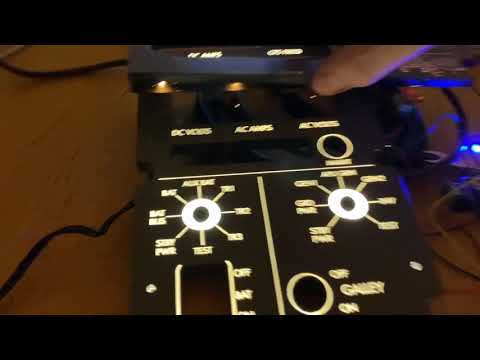 (Not my music in the background)

Why I want to be able to do this:
Because all manufacturers of different products have different LEDs and different voltages. If you also manage to get hold of a real aircraft part, the backlight in text on panels is usually 5V with tiny light bulbs. If I only connect this to a standard 5 V China PWM dimmer, of course the curve does not match each other.

Yes, but why not just use what works? Because it does not work optimally, and I do not want to be dependent on code. I want to solve this with hardware. Chip that has a non-linear curve.

So I want to be able to:
Combine different voltages.
various lighting led, light bulbs
choose which potentiometer is to control different outputs.

Then I also have a question what they mean by: PWM Control / DC Control) 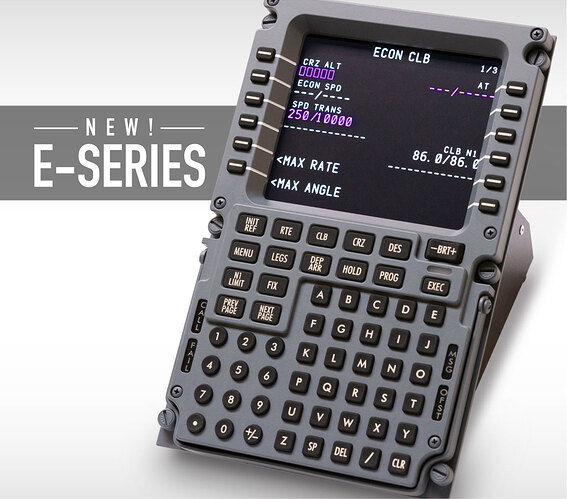 What do you think they mean by DC control of backlight?

What is on the market now then:

Dimmer integrated with Power distribution board.

This is someone who modifies a product from FDS

Modifying the FDS dimmer board for genuine Airbus potentiometer compatibility

There was initially some difficulty adapting the FDS dimmer board for use with genuine Airbus pots. The Airbus pots were higher rated and connecting directly to the board would limit the range of t…

But I want to make a PCB dimmer that is much more advanced than these.

For example, is there a ready-made PWM circuit that can be controlled with a potentiometer?
Is there a circuit that is adapted to control the LED? (led curve)

I also want to be able to control the maximum of light with trim pot.

Do not know if you understand what I want to do?

In addition, my knowledge of components and chips is limited.

Thanks in advance for help!

The goal is:
MATCH THE BRIGHTNESS

I think this is when what I want to achieve:

A dimmer that you can set the value of a certain channel and then a potentiometer that controls all channels.

If there is a finished product, I could buy it, of course.

But I have a hard time imagining that there are dimmers that can handle both LEDs and light bulbs, with the same control potentiometer.

I want jumper to select type of light source.

Interesting but not what I am after. I want a hardware solution.

I do not understand.

If you’re building such a thing, you have to calibrate it somehow, so that max brightness of the LED’s corresponds with the max brightness set by software.

And the usual method is to use an appropriate resistor in series with the LED’s. This also ensures that the LED’s can never be overdriven.

I think the problem is in:

I can then with different code I have received and barely understand myself combine different inputs and outputs.

LED’s have a quite linear characteristic between current and light output, but incandescent bulbs have a low resistance when cold and need some current before they warm up and start producing light, and there are other non-linearities. If you want to combine them, you have to add some kind of linearization table or formula in your software.

It is not so difficult to read a voltage from a potentiometer with and ADC, then put it through some linearisation algorithm and control PWM outputs.

This is what I want to construct: https://www.bluewolfinc.com/dimming-units

But with out advanced software.

Is it possible to construct this with chips?

There is also an interesting thing about light and how we perceive light.

According to this article, we do not perceive light linearly, a bit like hearing.
http://www.euchips.com/news/60144.html

Is there a finished product other than expensive aviation products, with different curves and a dimmer for several channels? 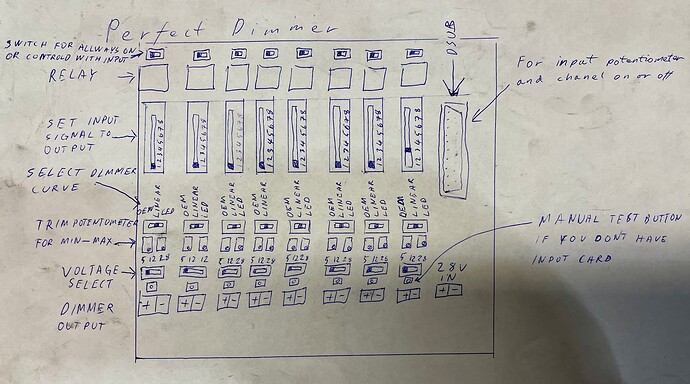 As Paulvdh commented some time ago: This topic has nothing to do with Kicad or the using of Kicad.
It is best dealt with elsewhere.

It will when I start designing the dimmer. I need to gathering enough with information first.

And all these projects will be designed in KiCad.

I can imagine that the people here that design PCBs hav good solutions for selecting components and start a project. Maybe Ther is ways that I haven’t even thought of.

As I have bin saying it is a very step learning curve which pcb design.

When I started I did know very little about EMI, crosstalk and so on and so on.

Of course I have asked questions on other forums but the base of the pcb is still KiCad. I can’t ask much about component selections on pcbs on general electronics forum.

And what forum is the best for that?

Sorry @JacobW , that is something with which I cannot help. I have never frequented design forums.

Maybe others reading this thread may post suitable links.

EEVblog Electronics Community Forum - Index is a quite popular forum for general electronics stuff, but there are others too. For example diyaudio.com used to be good for audio related stuff and it probably still is good, but I have not been there for years.

But it’s quite easy to add an RS485 driver to a uart and set up a packet based network. There are plenty of libraries around to do this, from homebrew protocols to standardized protocols such as modbus RTU. With a more generalized network protocol, you can also add other things such as reading in switches and potentiometer values.

The dimmer start to take form:

But I cant get rid of some errors and some warnings when running DRC?

Can someone pleas help me?

When I run ERC, I get 73 warnings, most appear to be library related, so maybe you just did not include those libraries, but everything has copies in the schematic itself so it’s not such a big issue. 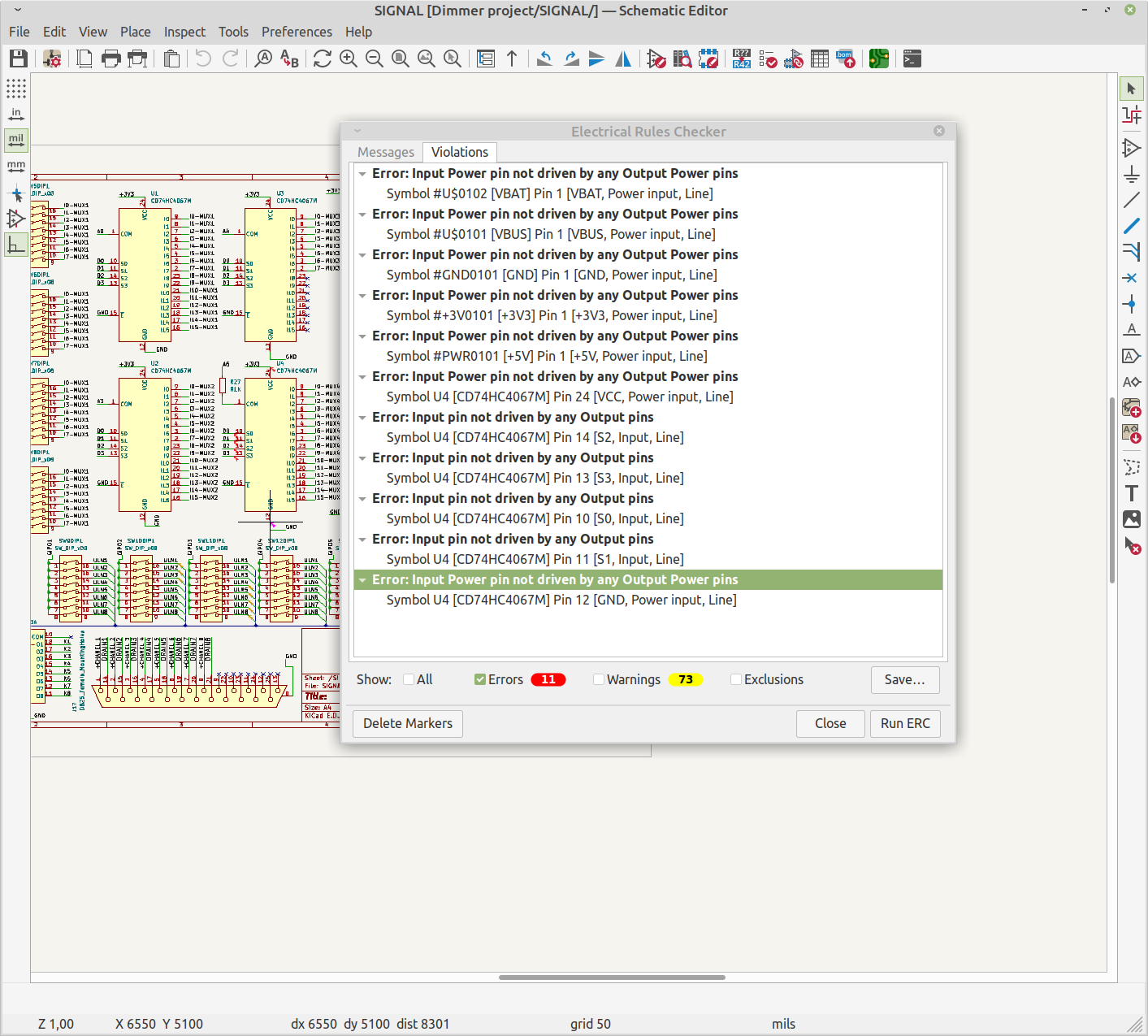 7 of them are of the form "Input Power pin not driven by any Output Power pins"
The solution for this is to add PWR_FLAG symbols, (this has been mentioned many times on this forum).

The other 4 are for D0, D1, D2, and D3. KiCad does not understand these lines are being connected from somewhere off-board.
I had a look at: Schematic Editor / File / Schematic Setup / Electrical Rules / Pin Conflicts Map 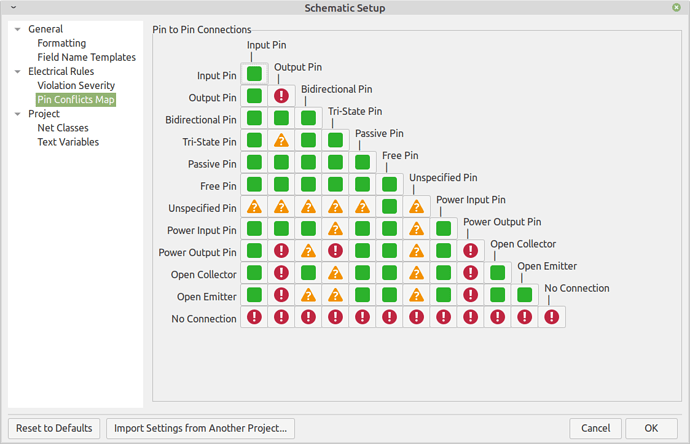 … but I’m not sure how to resolve this in a neat way.

I noticed a bunch of warnings around your dip switch bank, about "ULNx is graphically connected to bus…, but is not a member of that bus"

In KiCad you can use a bus in two ways. You can just draw single green wires and thick blue bus wires. In that case it’s just graphical and KiCad depends on normal labels for the connections. Or you can use the slanted bus connectors, which connect wires to a bus, but in that case you also have to specify which signal names are a member of the bus.

The simplest way to do that is to add a local label to the bus itself with the content: ULN[1…8] like so:

Your DIP switch banks probably also do not work as intended. DIP switches conduct current both ways, so i you close more then one switch in each bank of 8, then the corresponding ULNx lines get shorted to each other and always have the same level. You can fix this by adding diodes to all of them (That’s 8 = 64 diodes, and for those other 88 probably too), unless you never intend to close more then one switch in each bank at any time. If you add diodes, you also have to verify if you then still have enough voltage to drive U5 (ULN2803). I don’t know where your GPIOx lines come from, but 3V3 is a quite low voltage to put into an ULN2803.

The whole thing looks awfully complicated. Why not just delete all the hardware and add some connector pins so you can add wire jumpers to the wanted locations?

They are ment to be controlled externally threw the 9 pole d-sub.

I want to be able to select with hardware what ever pot I want to control what ever dimmer channel I want.

I want to be able to select with hardware what ever Relay to be used.

So for example if I want Chanel 1-5 with gipo 1 and pot 1 to control those channels, that need to be possible.

Or one pot for each Chanel.

Trim pot will kontrol/calibrate all channels to match.

I have not figured out a better way.

Those that will not be used will be turned of.

Is from the ItsyBitsy M0.

That is what I be using to get 14-Bit resulotion on PWM. 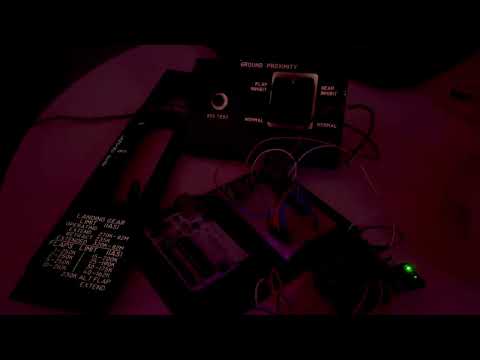 2 panels controlled by pot A0. A little like having Dip-switch set to PWM Chanel 1 and 2.

Now I just need to figure out analog multiplex.

And design the board and decide component.

Have not decided how I should feed power to ItsyBitsy M0 and relays. Should they com from external or on the dimmer bord.

Is Ther a way to use what ever power that is available? For example if I only connect to 5 and 12 or only 12 volt how should I best feed power to GIPO card?

This is how far I have come:

long way to go but at least movin forward. 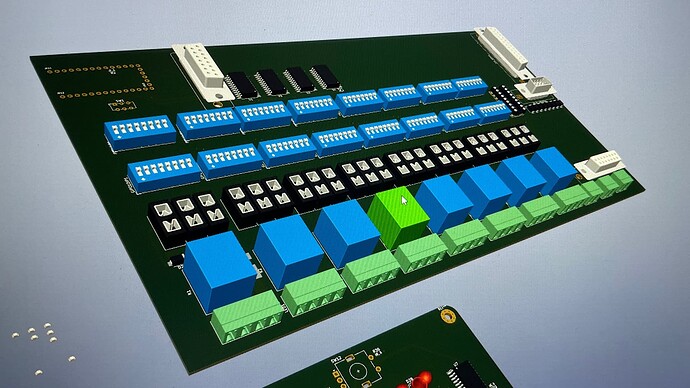 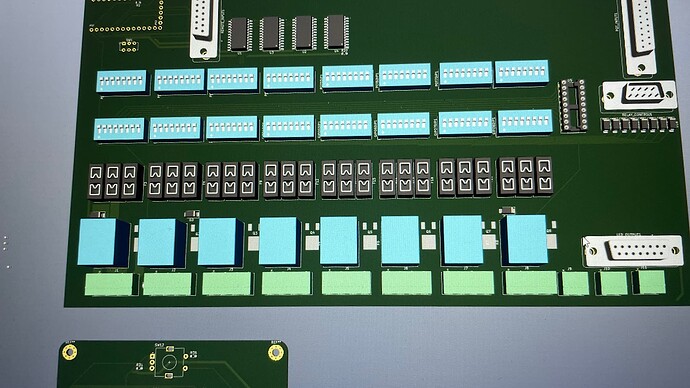