(Solved) - As of yet undefined CvPCB trouble

The AppData folder is set as invisible. You need to enable viewing of invisible files in your file browser.

Thanks, I have made that file visible now, & so found the the invisible file: “fp-lib-table”, but now the “paste” (after copy) is not highlighted, on this thread. There must be some other way to upload this file here?

You might not have a high enough trust level. (You are only a new user. Read a few topics and you should get promoted to basic user which lifts the restrictions on what and how much you can upload here.)

Alternatively:
It’s a simple text file. You can just open it in any text editor, copy everything and paste it here as a normal answer.

Or you could upload it to any cloud storage and share the link here.

OK, thanks a lot, here is the file <fp.lib-table> saved as a word file, & the contents of this file are copied and pasted as below:- (the MAIN thread did not allow me to post this file, so I am sending it from here, I hope it goes thru’ this thread):-

Sir,
As (last), you wanted to see the “fp-lib-table” file in the other thread (as this file is on my computer) under the heading like: “cvpcb trouble not solved……*” -(whatever that heading is?),…but the kicad forum did not allow me to send it to you via that thread, so I am sending it here. So this file is not related to (“how to copy/paste between schematics…”), but is related to (“cvpcb hanging problem…”) - due to perhaps my bloated local library, or a wrong location of the library path…?

Did you see the 3rd post from the top from @Rene_Poschl with this link in there? 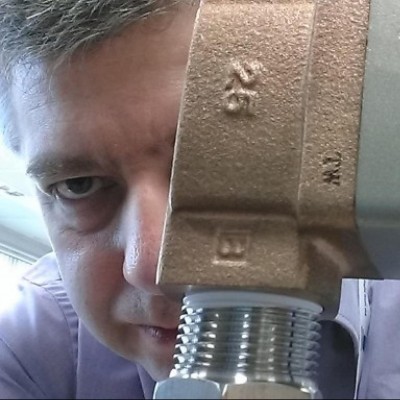 Instead of:
9. Click browse and select a new folder e.g. “c:\kicad\footprints” (create folder if it does not exist)

do:
9. Click browse and select a new folder e.g. “E:\kicad\footprints” (create folder if it does not exist)

All other steps are fine.

Thanks, I have seen the steps in <bobc/kicad-doc>. Now I think I should first get a little basic understanding about this setup;

My fp_lib_table shows like: …[. (uri ${KIGITHUB}/ ], Does this “${KIGITHUB” indicates that the footprint will be searched only from the net?

These 9 steps will put the library into my “E: drive”, so that the search will now become local, and therefore faster?

Yes they will be local. If it gets faster remains to be seen but in general it should be at least a bit faster. Also i think its 20 or so steps not 9

Which means cvpcb hanging will be cured for good?

If this was the source of the problem. If this does not cure the problem something else is wrong.

Instead of:9. Click browse and select a new folder e.g. “c:\kicad\footprints” (create folder if it does not exist)

do:9. Click browse and select a new folder e.g. “E:\kicad\footprints” (create folder if it does not exist)

All other steps are fine.

Thanks a lot Sir,
(I should have followed this before, but because some others expressed doubts, so I could not get the courage to go thru’ those long 22 steps)
BUT, that 9 th. step enabled me to remember to create a new “footprint” folder in my E: drive, & after following the rest of the 22 steps, I successfully downloaded the libraries in that new folder.

(I think, the: “As of yet undefined CvPCB trouble” heading here, can perhaps be modified now?)

(NOTE: I think, the internet speed & density of users in an area, could be taken into consideration, in such KiCad, net related problems. In high net-speed areas, or such countries, the ‘net-list’ may be generated as fast from the net, as it is from the local drive. But in my kind of area, the time difference may be very large, at least, that is what I think, I have seen today)

I think, the: “As of yet undefined CvPCB trouble” heading here, can perhaps be modified now?

Feel free to do so, it’s you thread

Just edit the first post at the top, you will be able to edit the title with that one.

Feel free to do so, it’s you thread

@explore is a Basic user, can he modify the title? I can never remember the details of each levels rights.
(Hint to Navin, read some more topics and generate some relevant forum activity to get promoted)

I have no idea, but it’s his thread, so should be no issue. If it is he can always PM us what he want’s.

Ok, I will try the edit. I have checked “cvpcb” several times, & every time the net-list generation is now very fast, in a just a few seconds. I will give it two or three days more of field tests (like I do for my circuits), before I can safely write: “Tested OK” at my end, and then add (solved) here to this heading.
Thanks again, to all who helped me. (Adding and changing components and footprints, has now become fun. I told some youngsters: “come here,… I will show you a more enjoyable & creative video game, - it is called KiCad…!”).

Circuit simulators are an even more enjoyable video game for engineers. At the teen (or sometimes even pre-teen) years the kids can actually use some of these very serious and powerful tools to do fun projects with audio, remote controls, etc. They can learn to appreciate the power of the tools without truly grasping the theory behind the tool, or the things it designs - that can come later.

I have one kind of simulator - “circuit wizard” on my computer. But, I myself have never used it. As from ancient times, I was testing circuits on Bakelite boards with eye-lets inserted on it,…till the bread-boards became available in my area. Can you suggest a more interesting simulator to recommend to a technical minded youngster?

Probably the de-facto standard circuit simulator for hobbyists and freelancers (as well as many small and medium commercial organizations) is the no-charge “LTSpice” from Linear Technology. See http://www.linear.com/designtools/software/#LTspice

By its nature, this tool does not have extensive official documentation. The best support is the Yahoo “LTSpice” user’s group. There are several tutorials on the web created by various university instructors for their students, and by other professional and semi-professional users. I have heard that there is also a commercial book about LTSpice. You can find many of these resources in the “Files” and “Links” section of the Yahoo group.

While LTSpice can be effectively used by untrained hobbyists, beginners, or the simply curious, it is not directed toward them. It includes a few simple example circuits that could be used as teaching tools but you really need a little outside guidance if you are totally inexperienced with electronic circuits.