I have a project for which I would like to use a 100-pin Samtech Razor Beam connector. The footprint seems to already be included in the standard kicad libraries*, which implies it has been used before. However, I can’t find an appropriate companion schematic symbol to use with it – the highest pin count generic connector symbol is an 80-pin one. So I ask: which schematic symbol do people use for this footprint ?

The reason might be that most don’t want all 100 pins in the same place on their schematic and make custom symbols to meet the project needs? Probably in units grouped by purpose?

If you do want them all in one place the easiest thing might be to open the 80 pin unit and add pins to it. Learning to make symbols is an essential part of any ECAD package.

There are some places online that will build you one if requested. Sometimes they are too generic and people come here and ask why they don’t work.

The footprint seems to already be included in the standard kicad libraries*, which implies it has been used before.

Nope.
It’s part of a bunch of connectors with different pin counts, and if you look at the description, it says: generated with kicad-footprint-generator. So it’s made from a script that does all of these connectors (and possibly similar families too) from a script. 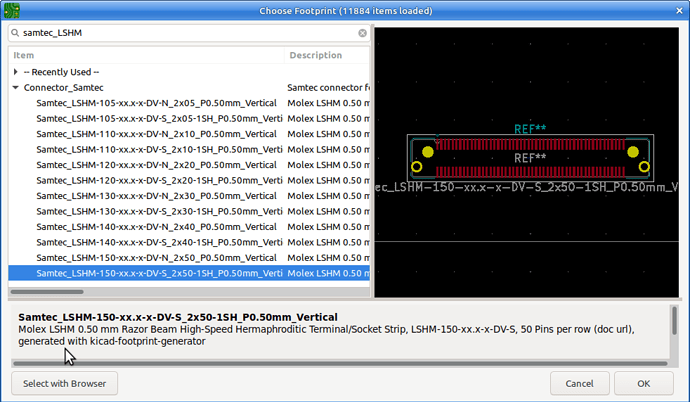 In KiCad, schematic symbols and footprints are also coupled quite loosely, and can very well be developed independent of each other. Connectors are also generated from a script (I once wrote such a script myself to experiment a bit with python). They do indeed stop at a rather arbitrary 2x40 = 80 pin total though. 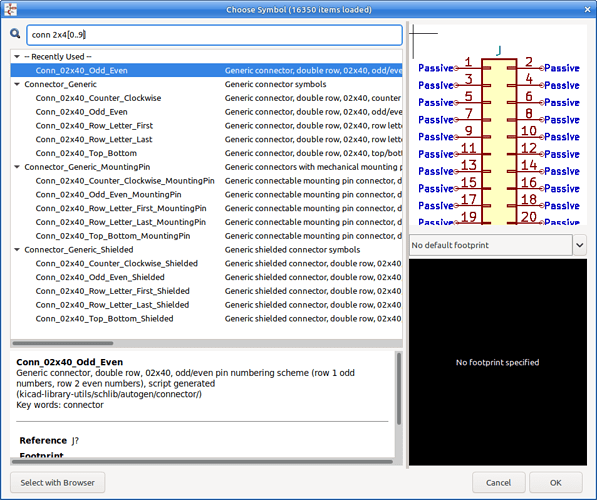 I was sure there had to be a schematic symbol. Thank you for clearing this up. I’ll draw my own symbol, that’s not a problem.