Rapidly learning KiCad PCB Software within 5 days: And where I got to, a year on!

Hi,
Happy Xmas and New Year.
I thought it could be worthwhile to document the steps I took to learn KiCad (to a reasonable amount) within 5 days from scratch, and a look back one year later.

It’s been almost exactly one year since I decided to try using KiCad, to migrate off EAGLE CAD.

I was a newcomer to KiCad, but it was possible to feel comfortable enough with KiCad 6 within a week, to the point of producing my first PCB with it.

The five days of steps I took to learn KiCad are documented here:
KiCad for non-KiCad (e.g. ex-EAGLE) Enthusiasts

There is also video documentation of my findings, it is 50 minutes long, and in effect can be used as training for anyone (like me) who is entirely new to KiCad: 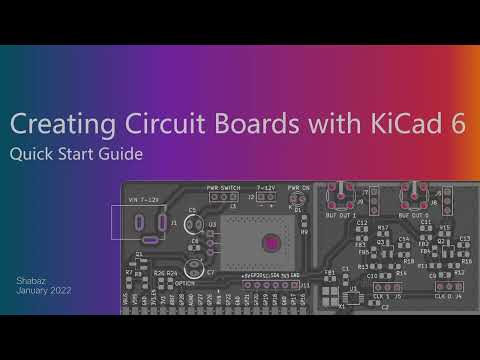 It’s been a surprisingly popular video, with 59k views. I guess a lot of people want to learn how to use it.

The typical configuration settings (Design Rules) that are needed for China PCB manufacturers are documented in screenshots here (scroll down in the following link):
Screenshots from the unofficial quick-start video

My very first KiCad PCB (which was designed within the 5-days of learning) worked well, it is documented here:
PicoSynthRF Python-Based RF Signal Generator 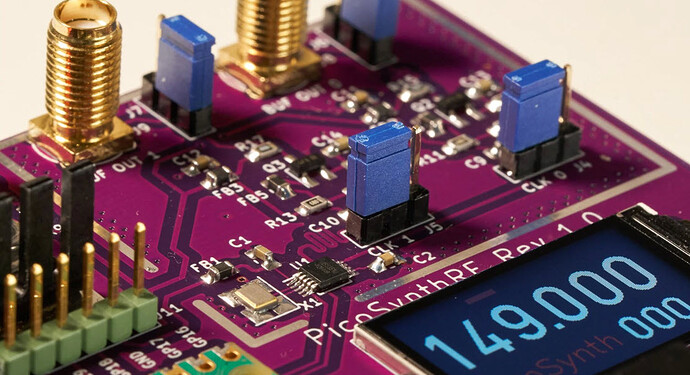 There was just one bodge wire with that project, and I can live with that!

Fast-forward to almost a year later, and I’m comfortable using KiCad for 4-layer boards with a fair amount of control: 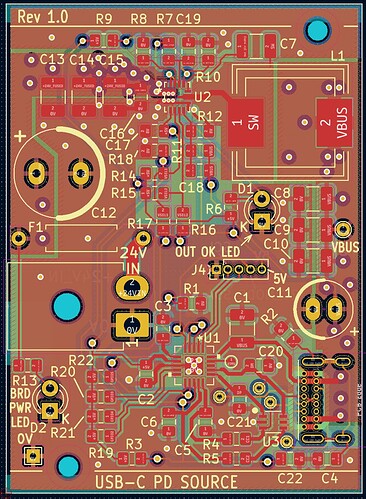 Whenever I hit a KiCad issue that I couldn’t resolve, I raised it on either the element14 or the KiCad forum (depending on if I thought it was a bug to be raised or not) and I got same-day responses every time. Thank-you to everyone who helped me.

I also dabbled a bit with 3D (I am a complete newcomer to that too), and although I cannot create my own 3D parts, I’m now fairly OK with seeking 3D models online and using them where needed to complete renders of boards with components where needed. I was able to (just-about! please don’t ask me any questions on this because I was outside my comfort zone during this particular exercise) place a PCB inside an enclosure using KiCad and FreeCad.

Nice looking boards (and footprints). I’ll have to make time to watch your video.
Is your one fix U1’s pin-1 flying?

I also came from eagle and found the learning curve decent. I spent quite a bit of time migrating library parts and getting to know the editors pretty well, and then dove into a first board that came together faster than I expected. About a year and several more projects later and I love kicad. Looking forward to v7.
ps: I am having trouble with your links – could be just me.

and although I cannot create my own 3D parts,

When I decided to move to KiCad (from Protel 3) it was first time I sow 3D models. Never before had any interest in it. I spend some time learning FreeCAD and even I still don’t fully understand what is going on in tree view on the left side of FreeCAD window I am able to make my own 3D models (like terminal blocks). The biggest problems I had was a colors that liked to disappear when I exported a model to KiCad. As I do it rarely the only way for me is to have my cheat sheet and follow it step by step. I use 3D only to get a photo-like view of my PCB. Till now I didn’t needed it for anything else.
The key I didn’t understood in FreeCAD at the beginning was that Body (in my opinion) should be understand as something made of one material. So when I tried to make a terminal block as being a Body then it is against FreeCAD to have there metal parts inside a plastic. Now my terminal block (single pin) is a Part made of two Bodies (one is metal and one is plastic). Then I multiply it (don’t remember the way but not the Array (it is in other workbench and not works correct for me - but I was doing it with FreeCAD 0.19) to get 2…10 pin terminal blocks.

Thanks! Same here, excited to try out V7.
Hehe no, U1 pin 1 is connected (it is connected with the track coming off perpendicular to the pin, up to C1).
The bodge was that the I2C pull-up resistors were going to the wrong rail, so it involved cutting a trace on the underside and adding the wire to the correct voltage.

Thanks for these FreeCAD tips! I’ll try to give it another shot sometime, because if I can make simple objects with just a couple of Body types, then that would help a lot.

with just a couple of Body types

If remember well (2 years past) with one Body you can color surfaces (last operation) as you wish and it can be preserved when exported as KiCad model.
But when I have done that way 1 terminal block pin and then wanted to have 2 pin terminal block I had to color all surfaces once more, then for 3 pins, for 4 pins, … , 10 pins and the same for next raster or height.
But when I had a Part with two Bodies in it and Bodies had their colors than I was able to make 2 pin, 3 pin and so on and need not to color surfaces. Imagine coloring 10 pin terminal block with all this openings and screws.
But when I was doing 5 pin long pin-header (long = two plastics at long pins) I made it as simple Part or Body (don’t remember) and just colored surfaces before exporting. Coloring surfaces in that case is much simpler than for terminal blocks.