Hello All,
I placed by board outine at [0,0] rather than at the page centre. So now when I export the SVG files, all my svg files are cropped to the lower right quadrant. Any idea how I fix this? For mechanical reference, I would like to keep my board outline at [0,0] than the page centre. 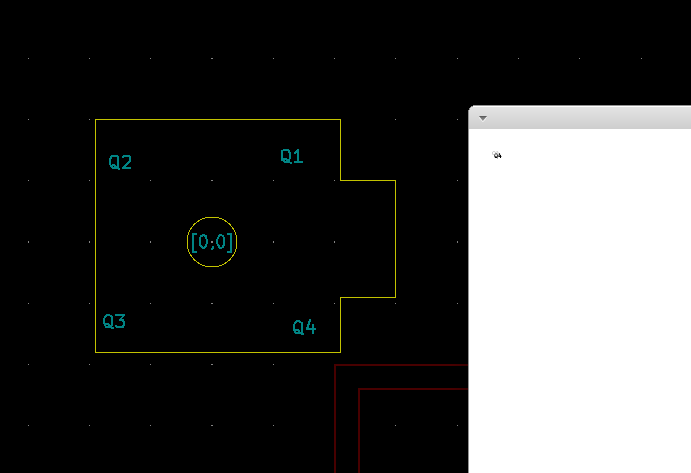 Any idea how I fix this?

I recommend moving the board onto the page and learning how to use the tools in KiCad for mechanical reference.

Best to place the Board shape on the ‘Page’, as Sprig said.

I am a bit curious why you find that mechanical reference important and how you use it.

Maybe we can give you a better answer if you tell us more about that.

It just easier to place components without calculating the page offset. For example, I need to place headers exactly at [x,y], so a SOM perfectly mounts. I could do that with the board on the page, but I need to calculate the offsets everytime. Now, I add the footprint, and just enter the co-ordinates in the properties window without having to move it with the mouse.

@BlackCoffee : Just noticed that I can’t select aux origin with plotting when svg is selected as plot format.

A few things I can think of:

You can enter simple formula’s in KiCad’s entry box, for example if you enter 4+5 then the resulting coordinate will be 9.

I’m not certain what the SVG output does, but it probably plots what it thinks is the defined paper size, and then KiCad’s (0,0) is the upper left corner of the drawing area.

What you can do is draw your PCB as you do now, and when it’s (nearly) finished you can drag a box around the whole PCB to select it all and then use Move Exactly [Ctrl +M] from the popup menu under the right mouse button, and give it an offset of for example (100, 100) (Positive Y is downward) before plotting to .SVG.

If you later want to do a big revision, you could move the PCB itself back for that. It’s a workaround and a bit of a nuisance, but I do not know of a way to move the real origin relative to the paper.

[Edit]
Removed the quote & my remark. I made a mistake and read “can” instead of “can’t”.

Thanks. That is one solution that would work for me.
I still would like to see the option of just not using the worksheet as a reference, but I see others have raised similar concerns. So I will leave it there

It’s a bit of a legacy thing from probably when KiCad started some 20-odd years ago. 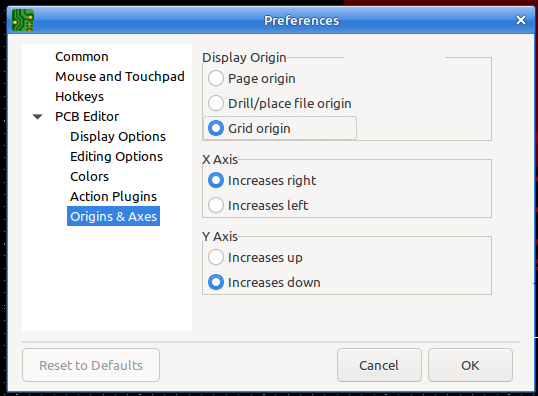 You’re correct - I wasn’t thinking clearly and didn’t confirm it. The reason it won’t allow you to do it is: SVG has fixed requirement of the origin at the Top-Left. All SVG use the Top-Left, where it’s origin is defined by the SVG’s xml code.