Hi Friends,
I’m going to design a Power dc-dc converter and for the purpose I have designed a planar transformer. I need to know what is the best choose for drawing the winding in exact way with considering the clearances. I have searched a lot but unfortunately found nothing. I am going to have 6 layers in first and last layer I have the secondary winding, which is one per layer each 27 mm and for the layers between, I need to have 3 turns per layer each of 10 mm.
Thanks for the attention

Does this (rather old) thread provide any helpful hints?

Hello, I would like to design a spiral in Kicad but I can’t find any tool to do that. Until now I was creating the spiral in Autocad, then converted it to gerber and then export from GerberView as .pcb. Is there any way to design it entirely in Kicad? I’m attaching an image of an older spiral transferred to Kicad. Thanks [image]

Sorry I could not find some helpful things, I think there will be some ways but works with Python scripts and unfortunately I have no idea about python.
But thanks for your help

I believe a way to go would be to use StepUp to generate a couple of footprints with the desired dimensions:

Hi, I’ve found some time to prepare a mini tutorial on generating a kicad footprint from a 3D manufacturer model… The video shows how to create a footprint using a manufacturer 3D STEP model where are also included Pad outlines. With StepUp the process can be quite easy and the result would be less prone to errors. [generating a kicad footprint from a 3D STEP model] Requirements: FreeCAD 0.17, which is now the new stable release!

I found nothing wrong with your file. I created a look-alike file and had similar problem. That leads me to confirm by opinion about plugins in open-source programs… An alternate two-minute approach is to: • Draw the shape with transparent background in a Graphic program, save it as .PNG. • Open Kicad’s Bitmap Converter (the icon at top of main panel) Set export to pcbnew and user_eco layer. It exports a .mod file. • In PCBnew, Add/place a footprint and select your new .mod file • Doub…

Or use Spiki, I have read good things about it: 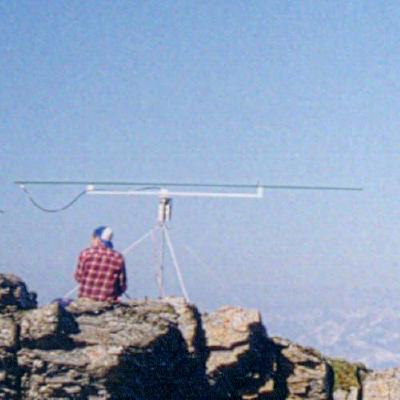 A spiral inductor footprint generator for Kicad. Contribute to in3otd/spiki development by creating an account on GitHub.

tnx, but i have any 3d Model to convert.

If you read though the link I posted you will see that the OP for that thread also had limited python knowledge but the thread contributors talked them through the process. If you have the dimensions you can either programmatically design the layout or alternatively draw the layout in a drafting program and convert to a kicad footprint. I think the former is probably a more flexible general solution but the second is a reasonable alternative. If you have a design already, FreeCad and the Step Up plugin will convert your design to a footprint.
I am not near my computer at present to check but one issue occurs to me - there might be an issue placing a footprint in an internal layer - you might need to hand edit the file to achieve this.

Have you tought about starting with an image search, such as:

When typing “planar transformer” I got a suggestion that wanted to add “winding design”. Without the images:
https://html.duckduckgo.com/html?q=planar+transformer+pcb+winding+design
The links seem to link to .pdf files with tutorials and design hints.

With planar transformers there are often parallel tracks, which lead to length differences, and thus resistance differences and current differences. I once saw a trick where a long “outer” winding was combined with a short “inner” widing on another PCB layer, so all tracks had the same copper length. Srry but I can’t recall more details.