PCB maps of metro systems (done with KiCad of course) 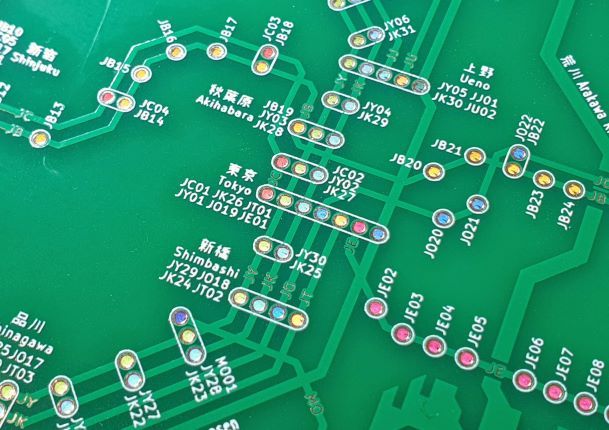 A detailed and rambly journey of my build process of the PCB Train Maps.

A friend pointed me to this log about making PCBs of the Singapore, Tokyo and SF Bay Area systems. One for those keen on transit systems.

it seems to be some large pcb surface
How are the LED’s soldered (top/bottom side?) quite good solution !

What is the fare for a (local-3 stops) ride on a dual op amp?

How are the LED’s soldered (top/bottom side?) 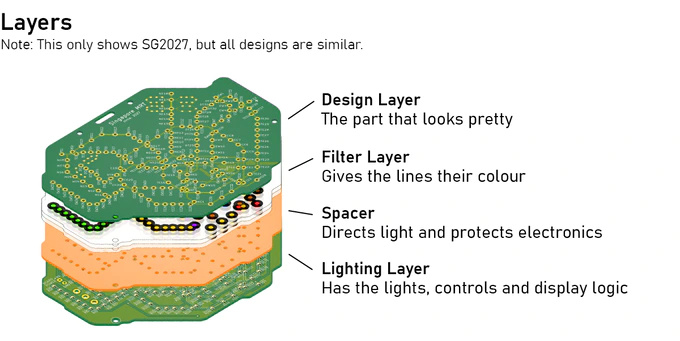 This project also made it’s way to Hackaday: 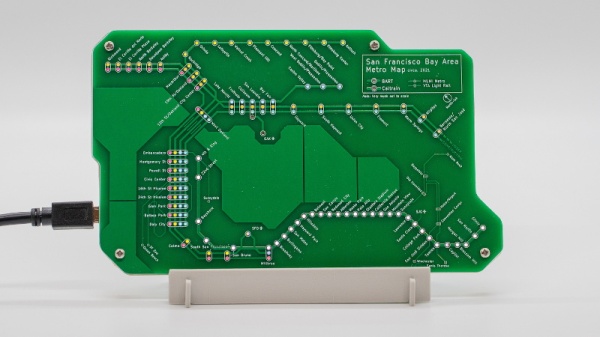 PCB Metro Maps Are A Gorgeous Labor Of Love

Is your love of public transportation matched only by your passion for designing custom PCBs? If so, then you’re going to love these phenomenal transit maps created by [Chai Jia Xun]. Using t…

Thanks for the link and stackup description which is used.

Probably would be quicker (for him and others interested in such an interesting technics and ‘great idea’ - I love such ideas!), with less effort:

The PCB Manufacturer will have most probably no difficulties to manufacture all of these different PCB’s of the same format (which could be panelized).

Could be a way (when hundreds of them would be needed to be manufactured…).

FYI: A solution I use on my side (to protect my PCB’s, when not using any box, avoiding a ‘PCB boxing phase’ which would be useless, depending the final use…).