I am planing to take my BOM:s (SQL-plugin) to the next level and send them to a database (Postgresql). And
also make some sort of inventory system.

Does anyone else know sutch a project?

There are a couple of projects around;

This is in active development and well worth looking at. Docker container available. This is a useful inventory and parts database. 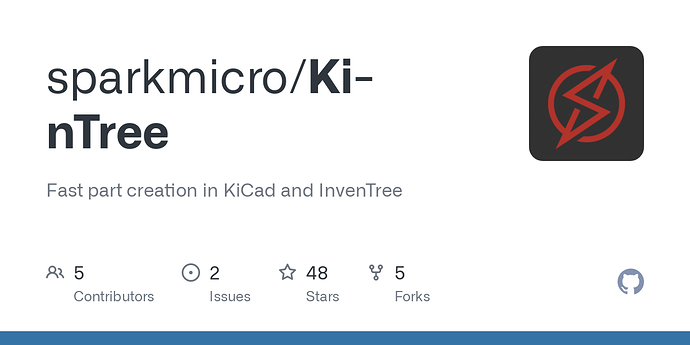 Fast part creation in KiCad and InvenTree. Contribute to sparkmicro/Ki-nTree development by creating an account on GitHub.

This is more a symbol/footprint library manager, I think. Under active development. 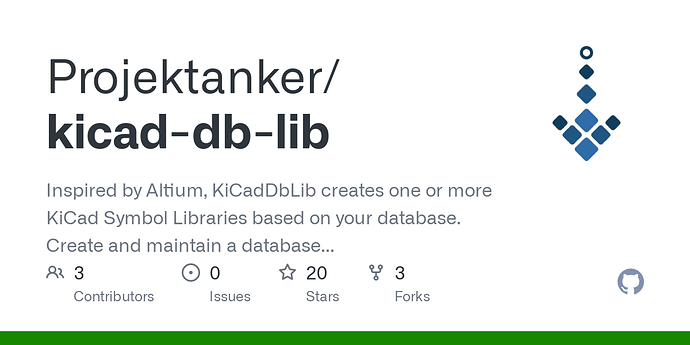 Inspired by Altium, KiCadDbLib creates one or more KiCad Symbol Libraries based on your database. Create and maintain a database for your electric components. - GitHub - Projektanker/kicad-db-lib: ...

Not been updated and think its KiCad 4 only
http://mikecrash.com/index.php?name=Content&pa=showpage&pid=10

I am still using PartKeepr for my components. Unfortunately, its main developer left the project and its languishing a bit but its quite a capable system. One of the good features was the Octopart integration but Octopart have changed their API and older versions no longer run and newer versions are a dependency hell to install. It runs on a mysql/postgresql database. I wrote KC2PK to process the BOM against my inventory. 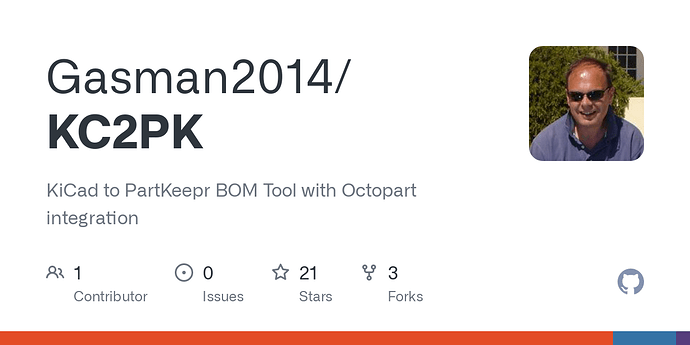 I think the InventTree InvenTree - InvenTree Documentation looks pretty capable and probably what I would choose if I was starting now. I am going to look at how to transfer my PartKeepr database.

I was thinkink of a warehouse management system targeted at electronics components. I have used Inventory Management | Online Inventory Software – Zoho Inventory
but this is a more general solution and I miss many things that I need to manage my parts, bom and products. So I will go for a webb-based/Postgresql solution for this. But many of the projects you pointed out have a lot of features that will be usefull. So thanks for the links.
//GH

You should really give a shot to InvenTree, it is greatly similar to what you are looking for. Here’s how to access the demo: InvenTree Demo - InvenTree Documentation

@John_Pateman If you are still using partkeepr and want to move to inventree. I wrote a script to help with the migrations from PK to Inventree - its under the 3rd part tools at Inventree

Thanks Robin - I am still using PartKeepr - I’ve got it set up on a cheap raspberry pi - it’s not the fastest system in the world but works ok.

Does your script bring over all the data to Inventree? In particular, does it pull in parameters - eg resistance etc? Before Octopart pulled the integration I had parameters for a large proportion of my parts.

I’m still using PK because my BOM script uses it but now is unable to pull the data directly from Octopart as it still uses the old v3 api which no longer works.

I’ll have a look at your script - I need to decide if I update my KC2PK script to Octopart v4 and stick with PK (with all its faults) or move over to Inventree and rewrite my script to do both the Octopart lookup and hook into Inventree. I haven’t looked at Inventree for a while but does it run on a MySQL database? Otherwise, does it have an api where stock parameters can be queried?