Opening schematics of other tools in Eeschema

Can I import schematics from other tools (such as Eagle, Protel, Altium, Allegro etc) into KiCAD Eeschema (v 4/ 5.1)? If so how?

Eagle projects can be imported directly into KiCad V5.1.x: 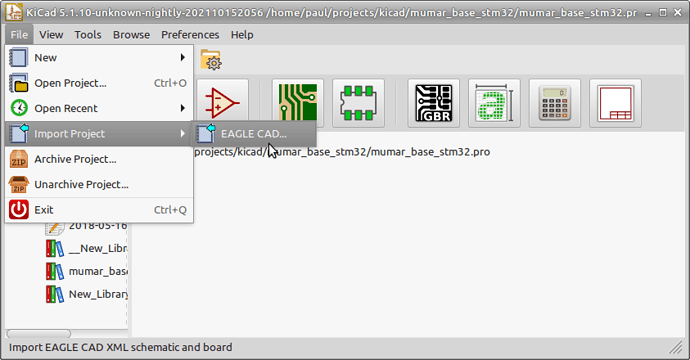 Are you really interested in KiCad V4?
That’s ancient history and updates are free.
KiCad should always be able to import projects made with older versions. If this does not work for some reason, then file a bug report and it will be fixed.

As a successful open source project, many people are working on extending KiCad. I have some old memories of external programs for converting other file formats to KiCad, but a lot of those efforts are uncoordinated and chaotic. I think the Eagle importer was the 3rd program that made it possible to convert eagle projects to KiCad.

Some other importers are also “in progress”, but not far enough developed to be useful for the general public. That development is also happening in the latest KiCad versions.

Another (partial) way that also works with older KiCad versions is to use Gerbview to export a set of gerber files into a KiCad PCB.