Off-Board components are electrical systems that are in some way connected to the board but not soldered directly to the board. In most cases these components use a cable connected via some form of connector or terminal block to connect to the PCB. The PCB side view of this is described in How to connect a wire to the PCB?

There are a number of ways how such off-board components can be documented.

Use a Separate Drawing for the System Level

Using a separate drawing is the option with the most additional effort but also the most power.
This is the best option for systems that are more complex than a single PCB with a handful of external simple components.

In such a drawing the PCB will be represented in an abstracted form. Similar to how an IC is shown in the schematic of a PCB. In other words the drawing will contain the external interface (the connectors or terminal blocks) and possibly a top down drawing showing where on the PCB these connectors are to be found.

Such a drawing is typically made in a specialized tool like eplan. An open source alternative is https://qelectrotech.org/. Drawings for simple projects can also be made as a separate KiCad project or in tools like Inkscape or even LibreCAD. 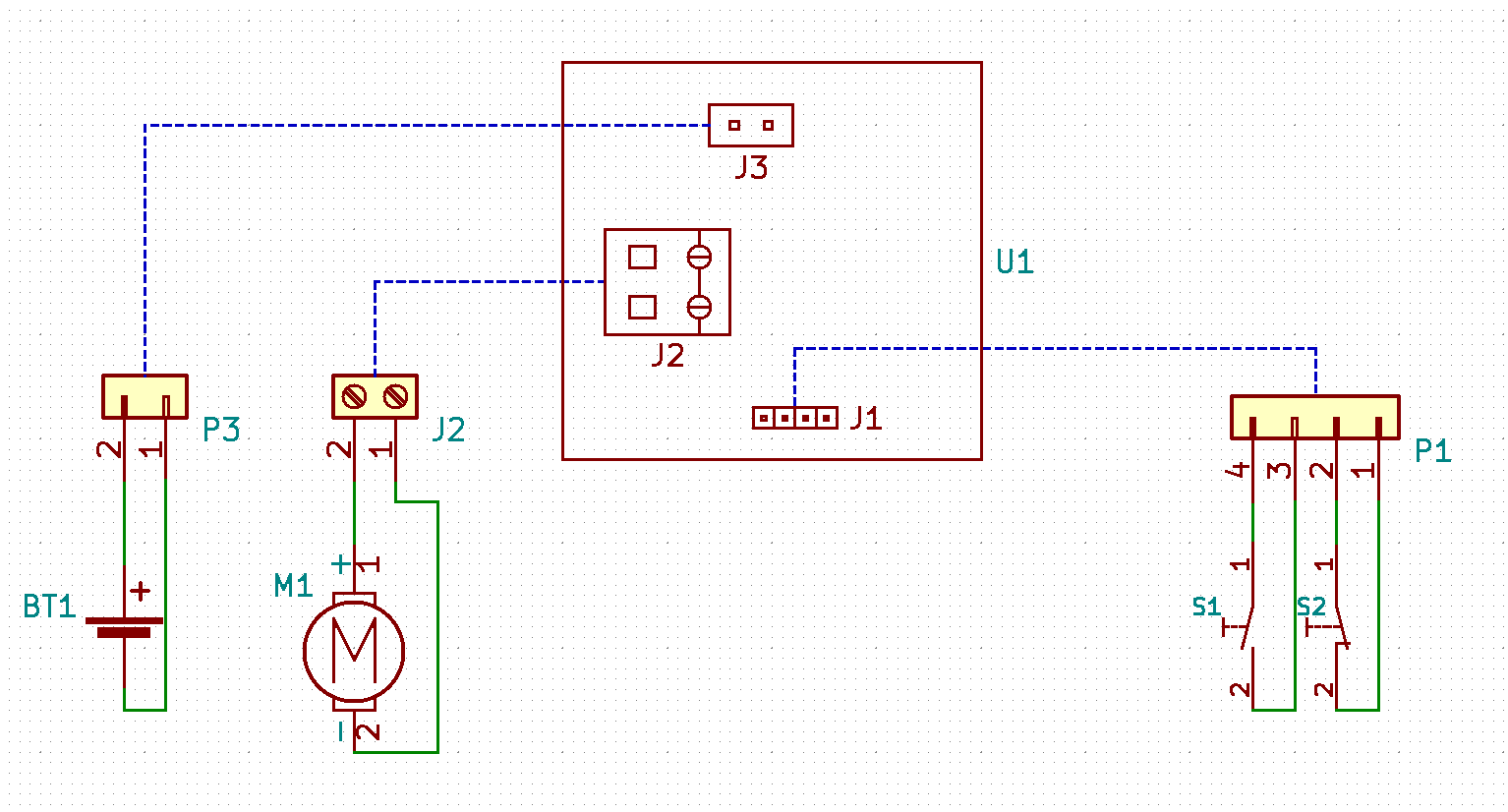 Using a Rendering of the PCB

If the target audience of your documentation is not expected to be able to read normal schematics then it might make sense to use the 3d rendering of your PCB to communicate how to connect external components.
If you use the top view of the PCB then a tool like Inkscape would be enough to add documentation about how to connect wires to external components. If you want a rotated view then you might be better off using a 3d tool like blender to include the external components and to add wires. Or build the system once and make a photo annotating the cable connections in a graphical tool. 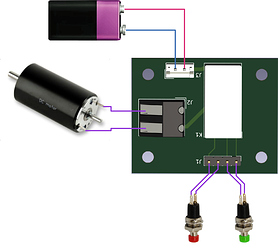 You can also use fritzing to create such a drawing (you can at least generate the breadboard view from KiCads 3d viewer). All other part library assets would need to be created in fritzing.

Including the Documentation in the KiCad Schematic for the PCB

Limited documentation can be included in the normal KiCad schematic of the project. This can of course be done in addition to having a separate system level drawing.
KiCad however has very limited features for this usecase.

Use of “Virtual” Symbols and Normal Wires

KiCad has a feature for excluding symbols placed in the schematic from the PCB and the BOM. This is done by prefixing the reference designator of such a symbol with “#”. This is the same feature that is used for power symbols, pictograms and logos found in the official library.
The text tool and graphical line/polygon tool can be used to extend these drawings further. 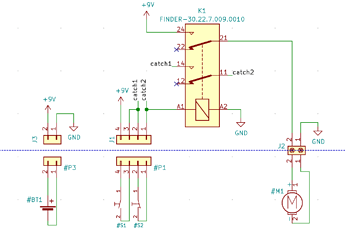 Use of Graphical Drawings

KiCad schematics can include graphical lines or polygons. One can use this tool in combination with the text tool to document off board components without the need to create specialized symbols.

The simplest option available is documenting external connections with a text note near the connector.

Very short notes can even be placed on the PCBs silkscreen layer instead of or in addition to having them in the schematic. A bit more docu can be added to the documentation layers (example the user.docu or eco1 and eco2 layers)