Hello All,
I wish to make a project box for my PCB. Since i’ve recently managed to start off with FreeCad i was hoping somebody could point me to some basic tutorials to making a project box with FreeCad. If there is anything easier than FreeCad then am aopen to that as well. Anything that would be compatible with 3D printing the final design.

I don’t know about easier, but FreeCAD is an excellent choice. It compliments KiCAD very well, and has the ability to handle user-created parameterized models. For example, you could set up a 3d model for a basic box, then include the ability to define parameters such as length, width, height, material thickness, and color. With the correctly created “parameterized model”, it would create the final 3d structure based on your entered parameters.

For now just a rectangle box with a lid and screw threads and small cutouts on either sides with LCD and potentiometer on the top.

I am trying to pad a sketch and i get this error. Any one know how to overcome it ?

First, you’ll need to spend time asking questions at the FreeCAD forum but, following is a brief ‘upshot’…

• CAD programs are different from 3D modeling programs in that they contain parametric based operations/functions.

• 3D modeling programs use what’s called “Primitive” features/shapes. This is the basis of the embedded modeling used in 3D printing software and is IMHO mostly useless but, will be necessary to accomplish certain tasks.

• You can build a Box in either PartDesign or Part workbenches.

Regarding Your Question:
A “Body” is what is used by the PartDesign workbench.
The Language (Syntax) FC programmers use should have been changed because it gets confusing to Newbies.

In the PartDesign Workbench, the Top-Level element (below the Filename) in the Tree is called a “Part”
A Part contains Bodie(s).
A Body contains the Features.

PartDesign needs an Active Body. To activate a Body, either Double-Click the Body’s name or, Right-Click it and Activate it. (The ‘Part’ containing the Body will be Activated, too).

Right-Click to Rename the names, if desired… 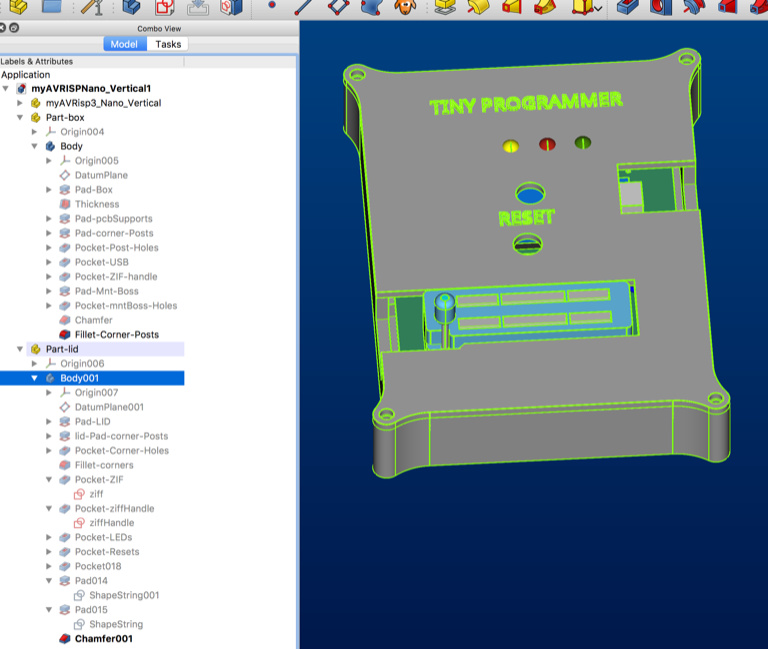 Cool Thanks. Forgot i was asking question in the wrong forum.