I am a new user. I was recently reading, watching, and learning, and noticed that the internal global libraries that ship with ver 5.1.12 has been updated many times since then. I reviewed this page:

The info half way down the above page says it is for version 5 libraries.

KiCad 5.x libraries are available for download at https://kicad.github.io. Library data are provided as compressed archives.

But when you select the
links to download a master.zip for symbols or footprints, etc, the readme inside says they are for
KiCad version 6. Clearly I am missing something obvious, since I have tried several times to re-read
the page, go to the links, and figure out how to select an entire zip file of the latest symbol and footprint
libs for VERSION 5. ??

Can anyone help this confused new user?

If you download v5 installer it will include libraries.

If for some reason you want to download libraries separately you can go to github repositories directly on KiCad EDA · GitHub, choose corresponding branch: 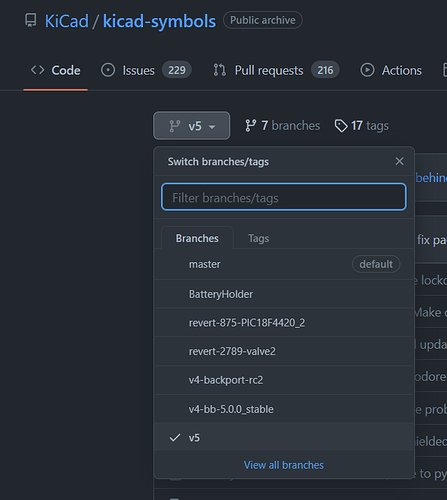 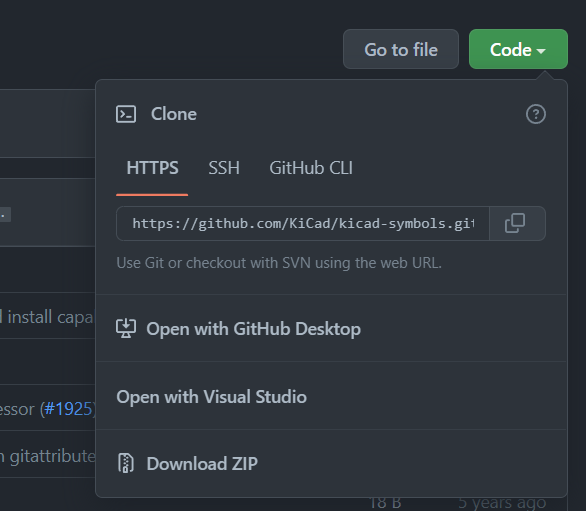 This is also available on gitlab. For v6 data is only on gitlab. 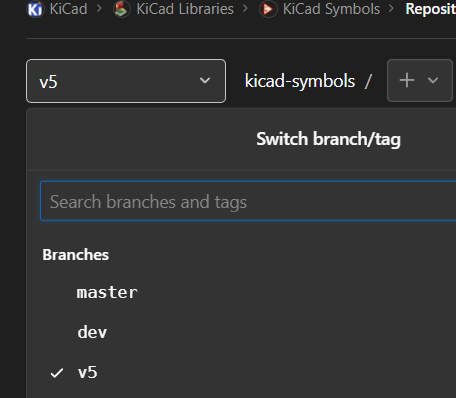 What is your use case?

You write you are a KiCad beginner, why not just start with KiCad V6?

My use case is to learn from, and expand on, an existing project that is already created and
archived in KiCad V5.1 format. I am only a week and a dozen YouTube videos into this, but
from what I am reading, it sounds like it can be a little rough to import a V5 project into V6?
Is that true, or do I have that wrong?

@ qu1ck : Thanks for the above replies. Using your guidance, I looked
at both the V5 GitLab library MD readme, and also the installer stable release date for 5.1.12. It looks to me
like the built in libraries for V5 on GitLab froze in 2020, and the 5.1.12 stable release was a year later.
So I guess there is no need for me to update built-in global libs in V5, (unless of course adding a third
party lib, for which I have the readme/FAQ training doc).

Conversion of a project from KiCad V5 to KiCad V6 should be easy and flawless.

But I did write should…
There are two caveats that I know of. First are missing [Project]-cache.lib files. Apparently quite a lot of people delete these files, as a complete KiCad V5 installation simply recreates them without any user input, so they seem redundant. However, this file contains a cache of the graphics for all schematic symbols, and if both the original libraries and this file is missing, you see the dreaded [??] schematic symbols, because there simply are no graphics anywhere for the symbols anymore. This has been fixed in KiCad V6. In KiCad V6 this information is embedded in the schematic file itself, so you can’t accidentally delete it.

KiCad V6 was released in December 2021 and it has now reached version V6.0.6 just a few days ago and lots of small bugs have been fixed. There is over three years of development between KiCad V5 and KiCad V6 and it has many improvements. I am aware that lots of tutorials are for KiCad V5 and all the icons changed for KiCad V6, and some functionality changed location in the menu’s.

You did write you used an existing KiCad V5 project to get started. I can have a look at converting it to KiCad V6. If there are any problems with that, it should be easier to fix for me.

Thanks Paul.
The V5 project author, on EEVblog, is on summer vacation until late July.
When he completes his multipage schematics and properly exports/archives
the project dir and personal libs for me, I will install V6 and give it a try.
I will first import his project into V5 and make sure it is complete and working
(symbols/footprints/libs), and then I will open a copy of it in V6 and see how
far I can get.

I appreciate the help.

If this is freely available and open source then a pointer to the project and someone that has gone through this might be willing to do that conversion. But, if the original author will be doing it anyhow, then good. Just download 6 in the meantime and learn it.

There is little point learning V5 now, it is confusing for a beginner to get familiar with V5 and then sooner or later learn new ways with V6

Why would you expect updates for libraries for a KiCad version that is not being maintained anymore?
The KiCad library development section is severely understaffed and any work they can do will go into the libraries for KiCad V6.

Last update on v5 libraries only removed the suspicious URL from the repo files.