I was using the interactive router to tune some single tracks and I was able to bring traces into the spec length with some tinkering with the parameters, but after exiting the tool the “Routed Length” shown in the status bar at the bottom of the screen doesn’t match the target. I searched the forum and only found 1 recent post for this issue but it didn’t have any replies. Is this a known issue, am I doing something incorrectly, or should I post a bug report? Thanks!

I need to tune the length of a free-hand segment. Using the track length tuning tool, it says that the length matches, but when I click on the segment after doing the tuning, the total segment length does not match the tuning length. Is this a known bug? What do I do other than try to tune this with zig-zags? ADDED: Now this is strange. I changed the tuning parameters one more time and now it seems to have made it the right length. So I guess close this one. Bob

What is your KiCad version. There have been corrections to the length measurement fairly recently

Also be aware that the “routed length” indicator in the status bar is a coarse guide that doesn’t necessarily match the length tuner values in all cases. Routed length sums up the lengths of all segments on a net, whereas the length tuner attempts to measure the distance between two pads (i.e. the source and sink).

This would cause a discrepancy if the net in question branches, because both branches would be included by the routed length indicator but not by the length tuner. The length tuner also has some other tricks to increase accuracy that aren’t used by the routed length calculation, such as using the effective electrical path through pads rather than following track segments through pads, and using the effective via height rather than total via height (for example if your net follows a via from layer 1 to layer 2, the length tuner would only include the fraction of the via height between L1 and L2 rather than the entire via height).

There could still be bugs (see the bugfix/improvement linked above) but it’s expected that there will be a difference between the two values because they measure subtly different things.

I’m seeing this too and the problem is that the difference can be substantial and confusing.
Here’s a sequence with an example where there’s a 2.5mm difference.
The trace goes down from layer 1 into layer 2 at both ends so that most of it is on layer 2.
Would the routed length indicator be that much off? 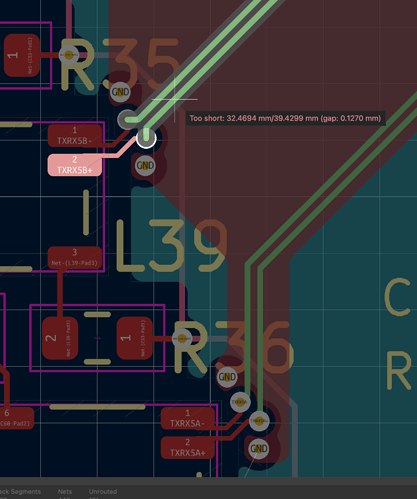 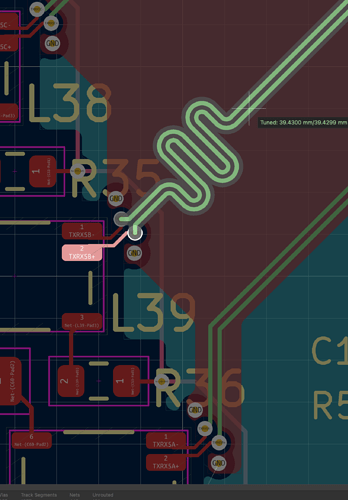 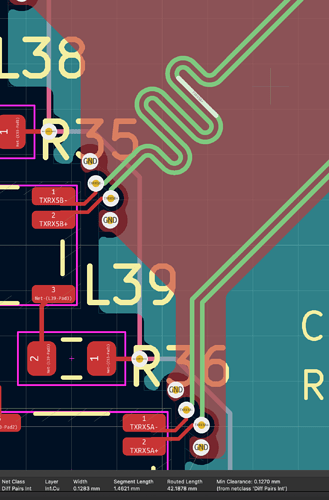 I ended up opening a bug report for this and one of the devs replied explaining that the difference stems from this setting which determines how the vias are used in the calculation.

Good. It is confusing to have several length values, one on the lowest part of the screen and then other on net inspector.

[quote=“mpmp, post:7, topic:37463”]
one of the devs replied explaining that the difference stems from this setting which determines how the vias are used in the calculation.
[/quote].
But how do you know what figure to use when measuring and tuning the length of single tracks

use the length tuner’s value.

Where is length tuner?
I’ll open a separate thread for this, because this is not my thread.

Tuners are in the right toolbar under the route tracks button:

How to use PcbNew to design PCBs

I have used the same tool in RoutE/route single track 7 in Menu Bar. And the tool is stupid, it only noticed a track in the current level, but this track has vias. I have to do myself with corners and such. 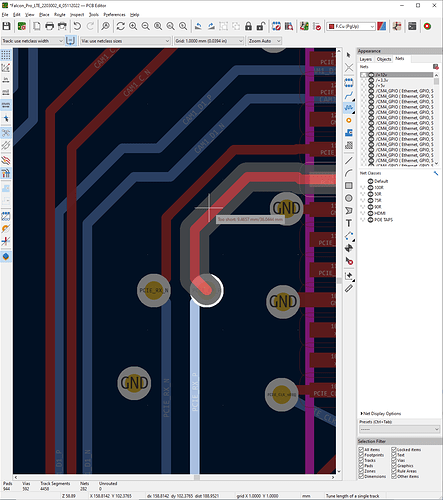 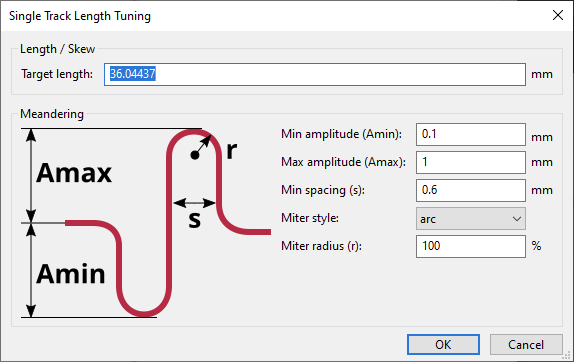