What is the latest version that can operate under XP Professional?
M.

I think version 4 might work. But to be honest it might be time to think about a new operating system. (After all it has now been quite a few years without security updates for XP)

Also, apparently source code for windows XP was leaked on the 'net. 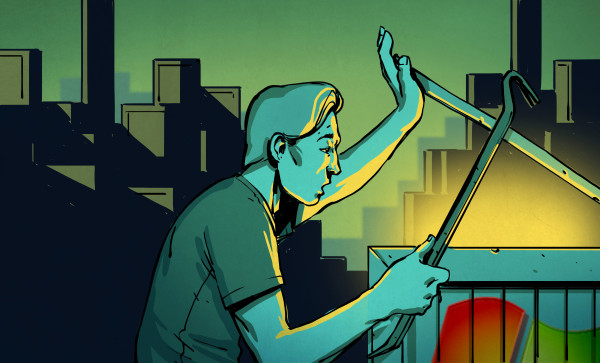 News comes overnight that the Windows XP source code has been leaked. The Verge says they have “verified the material as legitimate” and that the leak also includes Windows Server 2003 …

This is a dream for people who do not care much about laws and want to find vulnerabilities and 0-day’s in this obsolete software.

Some weeks ago my old dualcore, an E6600 collapsed, it was 12+ years old at that time, and I was considering what to buy new, and then I got a I7 870 for free. Twice the speed as the E6600, twice the RAM, faster Video, it almost feels like a modern PC.

My old had a Passmark rating of around 1500, the newer is playing catch with 3000.
Among the cheapest separate PC processors is the AMD 3000G (built in graphics), and the processor costs around EUR55, and it has a Passmark nearing 5000.
Another alternative would have been some 5 year old second hand for around EUR200. There are lots of companies which swap out “old” pc’s for newer, just because ??? I don’t really know whay they do that these day’s. Any old PC is good enough for office work. But whatever, the market is flooded with 2nd hand PC’s (at least here in the Netherlands).

Just put on some FREE Linux distro. Mint is a reasonable choice for beginners, and off you go!

If you really want a KiCad version that still works with XP… You’ll have to compare dates of the KiCad versions that were used in that era. You probably have to go back to KiCad V4, maybe even 3, and those are quite buggy. I have somemories of bugs in the library system that made it impossible to manage libraries, except by manually copying stuff in files with a text editor. Not fun.

Another idea, if you dare:
You can disconnect the windows HDD of your old PC, and put in a EUR30 SSD, and install Linux on that.
This way you can test drive linux without changing a bit on your current HDD.

In a later stadium, you can add the old HDD back, and then use your BIOS boot menu to select from which disk to boot.

But for better help: Give some feedback about your ideas about this, and also say what processor and amount of RAM your PC has.

A Lite-Linux version could fit you @MaxHeadRoom, with you are not familiar, there is LXDE-Ubuntu https://lubuntu.net/. We have used as HMI-PC for some older equipment in the university’s laboratory.

So it seems the trouble is not with being too monetary challenged to be able to afford more modern hardware, but with old software that is irreplaceable?

Thanks, I hated the transition to Win10, it seemed like they used the old adage, “If its right, we can always change it”
M.

I stopped using windows when microsoft tried to enforce a “blue tiles of death” screen upon me upon startup. I saw that screen once, then got a USB stick with some Linux distro and installed that.
I still use themes somewhat resembling the GUI of windows 95.

Your Windows XP stuff can probably be run either from a VM in W10, or from a VM in some Linux distro. Any interest in Linux? Lots of programs “just work”, such as the latest KiCad version and up to date web browsers, VLC, etc.

If you have any interest, just download an image for Linux Mint, Put it on a USB stick and boot from it.

I have also good experiences, with no heavy Win software, by using Wine. Funny fact we used it to run a older Win 98 application that doesn’t ran at new Windows.

I also have a lot of expensive S/W that would cost a fortune $$ to upgrade to Win10.

All the more reason to move the XP machine to a VM under a modern OS. If the VM or the software goes pear shaped, just return to a working snapshot. A backup of the entire state of the machine is trivial since its disk is just a file on the host.

What is the latest version that can operate under XP Professional?

Downloading 5.1.7 I noticed there is also 32 bit version. I think it should work under Windows XP. Just check.

There is also a 32 bit version https://allxpsoft.com/kicad-windows-xp/