We are a team working on an open source ventilator project. We are working on the rev 2 PCBs which will have a lot more circuitry than rev 1. Our board layout person was using Altium and is not able to put in the time needed now that we are trying to complete this rev. Because of the issues from being locked into licensed software we are considering switching to KiCAD. I don’t have much experience with the tool myself, but I expect we are more likely to find contributors with KiCAD experience and access than Altium. So we are considering the switch. But it all depends on finding designers to help with the schematic conversion/entry and layout.

Are there volunteers interested in working on a great project with a really great team?

Some people are already working on something similar with KiCAD, you could take a look:

Hello, The idea is pretty simple. Made a Open Ventilator System with KiCAD based in Medtronic PB560. The 3D makers communities could help a lot, they are helping a lot with other things. I am also collaborating in some. I have seen the project a little and it is not complicated, but it is somewhat laborious and a little obsolete, it would be necessary to change some pieces for other modern ones. My idea is to make an open project in which anyone can participate. Could anyone be intereste…

I saw that, but there isn’t much similar. The Medtronic unit is not a low cost device at all. The stated goal is to get it into production by substituting new parts for out of date components with no new design. That will clearly not result in a product is that is optimized for either cost or production speed.

I did not follow up by looking for it in other venues, but from what I read here I don’t think we should drop what we are working on to pursue working on the Medtronic update. There are a lot of these efforts going on. But I have to wonder how many will make it into production.

You could have told that in the first place, because my first reaction, too, was to give a link to the other project.

Anyway, could you give a link to your project? Or is it not public yet?

Sure, the web page is 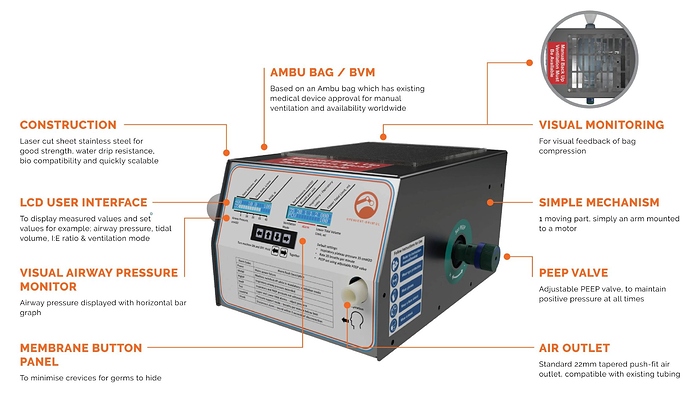 OpenVent-Bristol are designing a simple 'low-tech' ventilator for COVID-19 treatment, made from readily available parts and manufacturing processes.

We are on slack.com under helpfulengineering. I’m not sure how to share that with anyone. I think you have to sign up at slack.com first. On slack.com we are called project-open-vent-bristol

Thanks. Are the design files somewhere available? I don’t want to create yet another account just to find out.

They have also an instructables site with the important links: 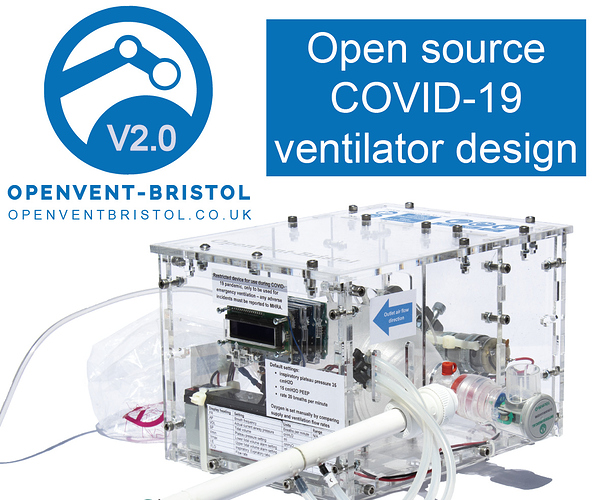 I don’t find EDA files behind any link.

Referring to the discussion in Work in progress: Native Altium Importer, I might give this a shot to convert the schematic from Altium to KiCad.

To the best of my knowledge all the design files are on Google drive, but I think you have to be invited to access them. Looks like I can get a link to the current directory. It cautions that anyone with the link can edit files, so I’ll PM it to you.

I would say the first step would actually be to publish this with an open source licence. Is that possible? I can create a github or gitlab project just to store and share these files in their current state if you agree and give the licence.

That way it would be easy to communicate for example with @pointhi if we find new critical bugs in the importer. 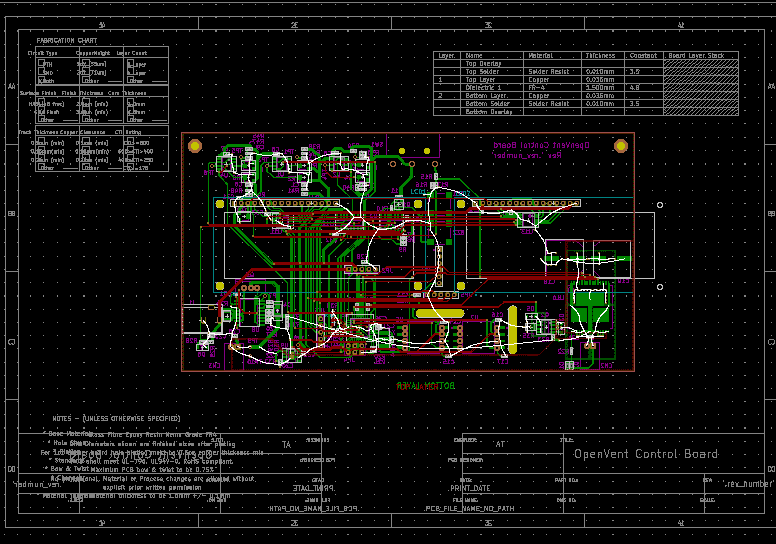 The layout is not terribly useful. The board is two sided and very little attention was paid to power dissipation and supply routing. So the placement will need to be redone. There are a few items that have locked positions. Did the schematic import ok?

I’ll have to get back to you regarding the license. I’m sure it’s fine, but I don’t know if the team wants to start another repository.

Also, this is not the forum where we want to discuss the project. Part of what is important is to have some degree of traceability in the design process. We use Slack to help with that… in theory anyway. Are you offering to work on this with us or are you just looking at the port? It’s really late here. I’ll catch up with you later.

At the moment I’m just looking at how it could be ported. The schematic part is still unclear. They certainly can’t be exported from Altium to KiCad. We have to use the the KiCad’s importer. But it probably needs merging the fixes from the merge request mentioned in the Importer thread today. Even if it’s not merged to the master branch (nightly builds) soon, I can do that locally and try the conversion. Then I’ll see how much manual work it requires to get it on par with the original Altium schematic.

If it is useful, someone offered to let me use their Altium license, but I have zero experience with that tool.

Anyway, this is not really what we were planning on. From what I’ve read the porting tool is still some ways off. As I said, the board is changing a great deal between revisions 1 and 2, especially the layout. The main reason for porting would be to conserve the effort put into the parts library.

This wasn’t clear. Do you mean that it’s now version 1+, and version 2 will still be made with Altium after which it will be ported to KiCad? Or do you want to switch to KiCad as soon as possible but Altium is used until that and it’s under work all the time?

Switching to KiCad as soon as possible would probably be easier because it would mean less manual work cleaning up the converted project.

If all the components are already in the schematic and layout it’s possible to gather the libraries from them, as I said. Each symbol and footprint are copied from the files to the new libraries. Also, because there seem to be quite much standard components, they can be replaced by components from the KiCad libraries. For example 0603 and other standard package footprints are of high quality, following good standards and recommendations.

We are midway to updating the schematic for rev 2.x. We’ve had many changes to the design for rev 2 and the schematic drawing is now at 2.7 without touching the layout. But as I’ve said, the layout will be a fresh start to optimize power (heat) dissipation and power (current) distribution.

Much of the board is now more complex, like the power supplies, but other sections are ripped out being incorporated into an FPGA.

The person who was doing the board level design is essentially not available for some weeks. To move ahead we are looking at switching to KiCAD and dropping the Altium version. But for that to happen we need to find designers who have time to work on the project and hopefully will remain on the project. This is not about porting the design to KiCAD, this is about finding people to support the project.

OK, I understand the situation. At the moment I’m reluctant to make any promises. I could make a short time commitment for the porting work for example if someone else could continue from there, and I’m willing to help with using KiCad. I’m not an EE and don’t know how much I could help with actual device design. My main interest ATM is helping the KiCad project. I would use the nightly builds which aren’t yet bug free, so the project would be tied to the unstable version 5.99 and later 6.0.

I’ll have to get back to you regarding the license.

It would be helpful for KiCad testing and bug reporting if the licencing was clear. I’m playing with schematic Altium import anyway, and got a crash already.

Just to be clear, the entire project is open source, so sharing the info is not an issue. As I said, I don’t know if anyone wants to be responsible for maintaining a github repository. If you want to use the project as a test case for converting from Altium, I’m sure that’s no problem at all.

We have another volunteer who is retired, like me, and will be able to support this with adequate free time.

If I recall, the conversion software only works with the nightlies, so I expect that’s how anyone would use it. Any idea of how useful the parts will be in terms of being made part of the library? I seem to recall someone saying that part was not very workable as yet. If I were doing it I would not mind redoing the component creation really. But that’s in part because it would be a learning exercise for me. I have used another FOSS layout tool in the past and found it very workable, but I believe KiCad is better integrated with schematic capture. Going forward that might not be so big an issue since there seems to be work going on with the other tool to improve that shortcoming.

Still, KiCad is probably the right tool for this project simply because there are a lot more people using it who can work on the project.

Hi gnuarm!
Concerning costs and the Medtronic open-ventilator group, there are some persons of the group working on redesigning the most expensive parts (display, turbine) so that it is cheaper. The rest is pretty much the same. If you are interested, send me a PM and I can give you access to our slack.
cheers.