Pretty new to KiCad, but have used other EDA tool previously. First time I am using KiCad to tune trace length. Had it set to tune each track to 12mm and it appeared to work fine, but the strange thing is if I click on the “tuned” traces with the tool after I set the length required, it then tells me the trace is longer or shorter than specified. 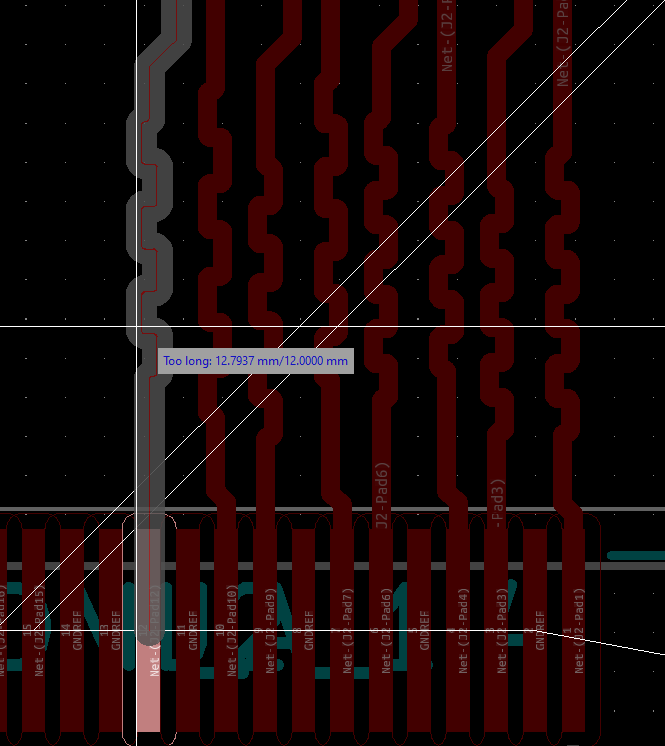