Late last year I was cooking up a board in KiCad 4, while my friends were telling me to get with it and upgrade to 5 already.

That board has now been produced, so I felt comfortable with updating. There have been a few errors to rectify since the upgrade. One of them I haven’t been able to solve on my own.

Back then, I started a thread about creating jumpered footprints, which eliminate the need to populate 0Ω resistors. One forum user suggested adding a graphic line on the copper layer to join the two pads, which is what I did. All that worked great under KiCad 4.

Now on KiCad 5, DRC is throwing errors on these same footprints! 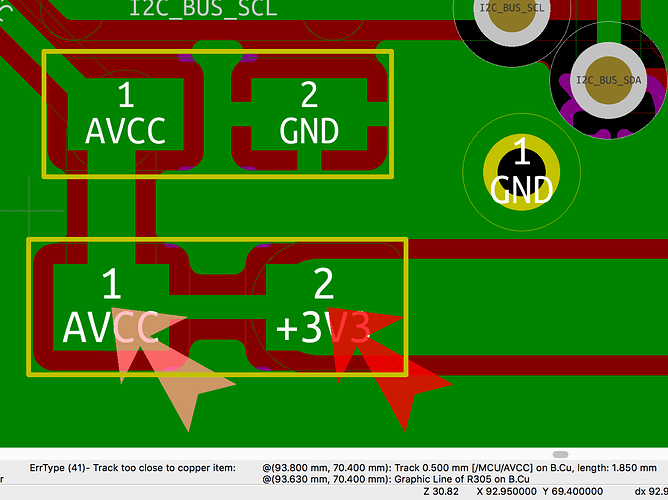 Obviously a graphic line is no longer cool (which I think is ridiculous—I’m the designer, if I put copper on a footprint, I mean for it to be there!). So is there a better way to do this in KiCad 5.1?

You could use a net-tie symbol as schematic element and assign to it a footprint of suitable track width.

Net-ties allow to connect different nets without to throw a DRC violation.

Alternatively you could design a special symbol and a footprint.