Hello!
As 5.99 didn’t work well in an emulator (windows guest on Virtualbox), I have decided to run it native on Linux Ubuntu 20.10. That’s a lot better, and now I would like to create a real project.
I have downloaded libraries for Kicad 6, and moved my own libs to a separate folder. Now I would like to set the paths so that Kicad 5.99 points directly to the new libs. Of course, I would like this setting to be permanent.
So how do I set the path so that they are valid next time I open Kicad? Some file to edit with a text editor?
Just to explain a bit better what I did:
I opened path from the project manager window (everything else closed). 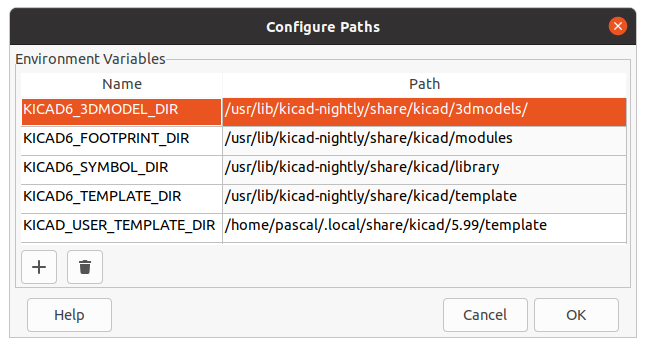 Then I wanted to replace the default path with what I have downloaded from Kicad’s website, for the default libs. I read somewhere that it’s better to do that because all libs are subject to changes. And I got the following panel: 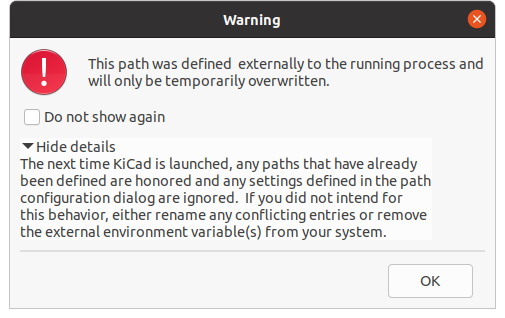 This is by design from the packager.

There is also an issue raised, so follow it in case something changes.