I hereby certify that I am not simply asking someone else to design a footprint for me.

This is an auto-generated message that is in place on the “footprints” section of the KiCad.info forum. If I remove it and ask for a footprint to be designed anyway, I understand that I will be subject to forum members telling me to go design my own footprint or referring me to a 3rd party footprint site.

Hello Forum.
A month ago I downloaded and installed KiCad 6.0. I have no experience with prior versions, but have used many other Schematic/PCB layout programs. Kicad 6. is terrific and I will continue to donate toward development. I am retired engineer and electronic hobbyist.
. . . . and so to the Issue at hand. I would like the PCB Import Netlist feature to place the origins of footprints of the parts on the default grid, which for me normally is 1 mm at startup. The footprints are nicely nested off the blank sheet, but each X-Y property of every footprint has to have the location manually revised so that component placement isn’t “willy-nilly” on the metric grid. Today, on a 100 component board, I opened the properties (E) for each part and entered new X-Y mm coordinates to achieve the task. Then dragged them into the PCB outline. It made organizing the parts much easier and more efficient when constructing the layout. I happily work primarily in metric standards at 0.25 mm as a fine increment. SO - Is there a toggle somewhere that will accomplish the footprint alignments (align-to-grid) before the parts are moved into the board outline?
Thank You.

As a non-native Engish reader/typer, that word always confuses me.
So I tried to end that. 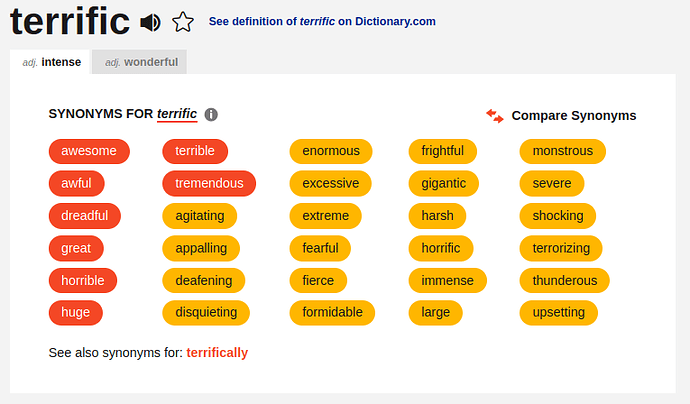 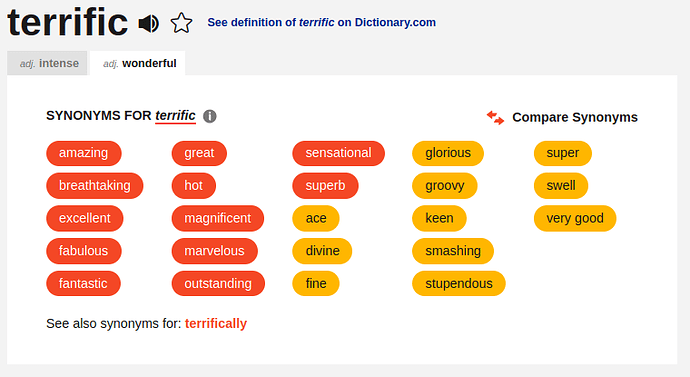 The method of importing a netlist in the PCB editor has been deprecated for 3 or 4 years now, and yet people keep mentioning it. Where did you get that info?

For the distances between the parts, I’m afraid I have to dissapoint you. I’m not aware of such a function in KiCad. I just experimented a bit with: PCB Editor / Place / Auto-Place footprints but it does not seem terribly useful.

Edit:
There used to be some third party scripts to place footprints in the similar order as they are in the schematic, but I never used these myself. They may help with the initial sorting of footprints on the PCB.

Hey Forum. Thanks for the information and background. I did search the forum for references to grid alignments, but the info was old and scant. My question began assuming (trouble right there, I know) that the importing of the Netlist could have some formatting done that I missed somewhere. Again, I am new to KiCad, so excuse the ignorance. In any case, I chose to pose the situation as I had experienced the workflow which is exactly as described: Schematic first, export netlist, PCB second. I found all of the programs function logically and on a year-old Intel 7 w/Nvidia 3070 Workstation, its quick and flawless in execution, all plaudits, groovy, divine, for the non-native speakers. And yeah I heard of the terrific earthquakes, so apologies if misunderstood in the third world.
But to the point, I sought a less laborious method of aligning a set of the footprints (origins) on the default grid prior to dragging and placement on the PCB real estate. I am not in a commercial environment so the cost to manually enter X-Y coordinates for hundreds of parts is not burdensome, but it is tedious. So I take it that the answer is: No, there is not a feature to do that. But there could be even if it was a right click in PCB Editor 6.01. Yes - one can align vertically, scattered, horizontal, et cetera, but not to grid specifically.
My Python has been limited to copy-pasting some Linux scripts, and I am not ready for snarksville so I’ll avoid that adventure. A few arduino projects under my belt (C++, I know), are poor preparation for serious coding. I am very grateful for the community’s work to develop and advance KiCad and have no regrets or complaints. I made an inquiry, and got synonymized.
BTW " Tom Terrific was one of the early stars of American television animation . He was created in 1957 by Gene Deitch, and served as the hero, with his canine sidekick, Manfred the Wonder Dog, in a series of five-minute shorts produced by Terrytoons for CBS. " About when I graduated High School. Sorry you missed it, I heard T.T. was featured on the Capt Kangaroo show.

I advise to start with updating KiCad.
KiCad V6 was released in december 2021 after three years of development, and now many more people are using it lots of small bugs get reported and fixed. A newer KiCad version is released almost every month. currently it’s V6.0.5 (The third number is always just bug fixes and very small ui changes, upgrading is always recommended)

Aligning a bunch of parts on a grid is quite easy. You can just set an appropriate grid and move / drag them with the mouse. The biggest gotcha is where you start the move. If you grab a footprint by it’s center, then the center point gets aligned on the grid, if you grab it by a pad, then the attachment point of that pad gets aligned on the grid.

Unfortunately there is currently a bit annoying bug in this algorithm:

Description When I hover over a pad of a footprint and press m to move it, the footprint is often grabbed...

Another method I use is the t shortcut. I often have both the Schematic and PCB editors open at the same time (or print the schematic on paper if you have a small (and /or single) monitor) and then, in the PCB Editor, t opens a dialog and you can type a RefDes and [Enter] to grab it.
KiCad has a lot of these shortcut keys and they give quick access to many functions. I usually have one hand on the mouse and the other on the Keyboard when working with KiCad.

Another method is to click on a schematic symbol in the schematic, then press [Alt + Tab] to switch to the PCB editor and then M for move.

Hi Paul, I follow and use many of the shortcut keys, learning a bit with each use. I have used eeschema to create 6 schematics and six 100m X 60mm board assemblies (on-screen) so far. Felt very productive and efficient. I had been using ExpressPCB for several years but this next project will require a lot of cards and at $100 a pop, I thought having my own Gerbers would be more cost effective, and I am not in any hurry. So I went the KiCad route. I have made some donations already, (hobby overhead) so you can know I am quite pleased with my experience.
I work on a 43" 4K monitor so I have a lot of real estate for having both schematic and PCB Editor open simultaneously and working with highlighting schematic symbols and then ALT+Tab to the editor left me frustrated because only a few footprints, IC’s mostly, actually fell on a grid. The pointer to the ‘t’ function is quite helpful and I shall try to make better use of it. Intially it seems less intuitive than the point and click which I have used almost exclusively so far. BUT if it puts the footprint right under the crosshairs that snaps it on the grid the shortcut would save significant time. Thank You for that.
I appreciate your patience and advice.
Kind Regards, Professor
BTW, I (we) have adopted, er, rescued, over the last 20+ years 4 senior Brittany (spaniel) dogs. ergo the moniker. One sleeps at my feet now.

Today, on a 100 component board, I opened the properties (E) for each part and entered new X-Y mm coordinates to achieve the task.
…
It made organizing the parts much easier and more efficient when constructing the layout.
…
I sought a less laborious method of aligning a set of the footprints (origins) on the default grid prior to dragging and placement on the PCB real estate.

Could you explain me (us) why it is important for you to have them at default grid and how it makes organizing the parts easier?

I work with V5 and grid set to 0.1mm. All my footprints have their CrtYd at 0.1mm grid relative to their origins. I have never noticed any problem with footprint positions after Update Pcb from Schematic. To tell you the truth I just don’t know if they are in 0.1mm grid. But when I drag each footprint to his position at PCB they are certainly in my grid. I place them touching each other with their CrtYd so if they were not in grid (after dragging) I would certainly notice problems with aligning their CrtYds. I have never even tried to manually edit X-Y coordinates of footprints except for example holes and LEDs that have to be at appropriate positions defined by case.
I assume all footprints after Update Pcb from schematic are dragged at least once and as they are in grid after it than it is not important how they are placed before (As I said I just don’t know if they are in grid or not).
So… really… what for you edit their positions before dragging them?

The pointer to the ‘t’ function is quite helpful and I shall try to make better use of it. Intially it seems less intuitive than the point and click which I have used almost exclusively so far.

You can get a very similar experience with point and click method if you go to: KiCad / Preferences / Preferences / PCB Editor / Display Options / Cross-probing and then turn off the Scroll and Zoom check boxes.

This way, if you select a symbol in the schematic editor, then switch focus to the PCB editor and press M for Move, then KiCad also fetches the corresponding footprint, and of course without panning or zooming. This seems more intuitive, but I guess that T and typing the RefDes in the PCB Editor is still quicker.

Indeed, Paul. I had turned off the Scroll & Zoom sometime ago, on both the Schematic and PCB windows to keep the perspective more or less constant while working. The Scroll wheel on the mouse has an ideal zoom factor by default, I found, that makes the PCB editor very responsive when moving components.
Again, thanks for the tips. I have done a bit of experimenting on somewhat ‘finished’ boards to clean up some component locations and the “T” shortcut seems to satisfy my needs. I could still see a right click to re-center a selected group of parts to their closest grid coordinate that collectively would make placement or dragging to a snap grid more efficient when preparing a layout. Overall - for a hobbyist or a pro - KiCad is a users dream (not a nightmare) and a fantastic application.
I appreciate your time.
Bill Gilbert

There is one thing you keep repeating and which I do not understand.

Why would it matter at all whether a footprint that you are about to move is currently on some grid or not?

I didn’t realize this query was here. My interest in keeping stiff on grid is mostly personal preference.
I like a tidy layout with components on the grid, about .25mm for me since I’m working with hand-soldered parts. It is more time, but I have that.