How do I delete a component I placed in a library?

Still very new to KiCAD, so please bear with me.

When I went to place the component on the schematic per the tutorial, every time I attempted to place down my correct version, it instead found the previous incorrect version of the microcontrollers library. I ended up just fixing that component in the library, and I was able to continue the tutorial. However, I really would like to be able to delete a component in the future. I know that KiCAD allows for creation/adding, BUT I do not see a way of readily deleting a component.

Any suggestions would be greatly appreciated! 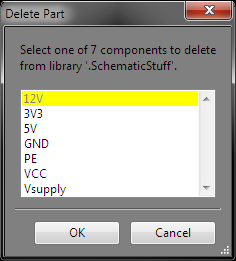 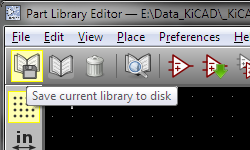 PS:
Also be aware that if you got 2 different libraries and have a component in them with the same name, that currently the component from the library that comes first in the library loading list will ALWAYS be taken, no matter what you do.

Hi Joan,
Thank you once again - you’re the best!
George