I wonder if I can ask to add to the library of parts (for the upcoming release) the symbol and footprint for 6-pin USB type C connector. It is a Type C connector that has only contacts for power and CC, but no other signals.

Here, I found some mechanical drawings (or, probably, the proper term is dimensional drawings): 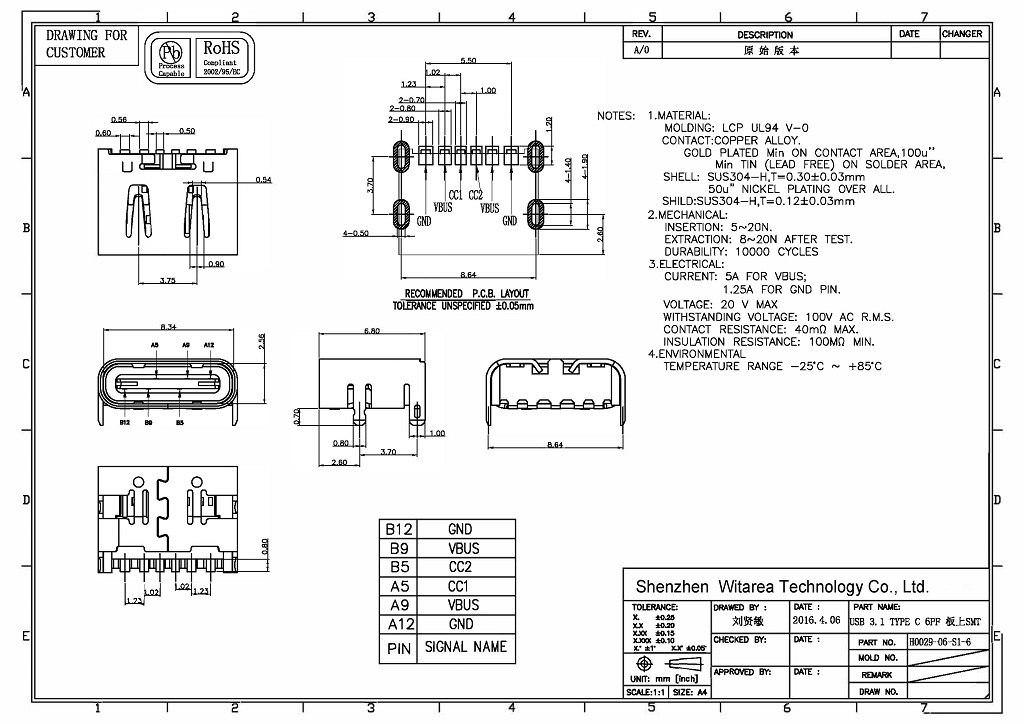 Example of available parts on AliExpress: 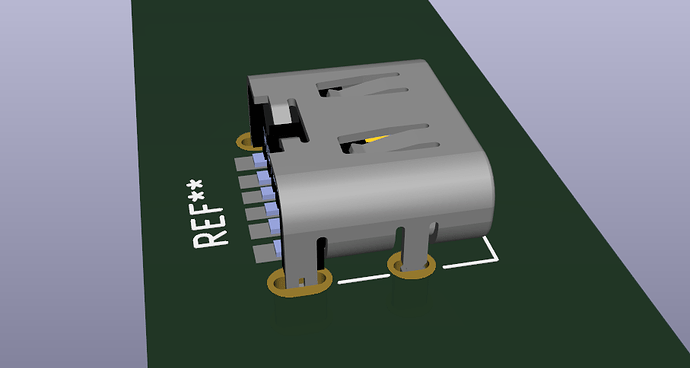 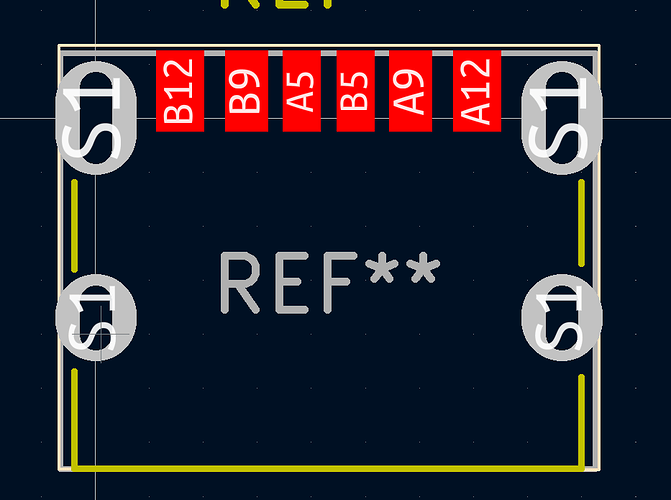 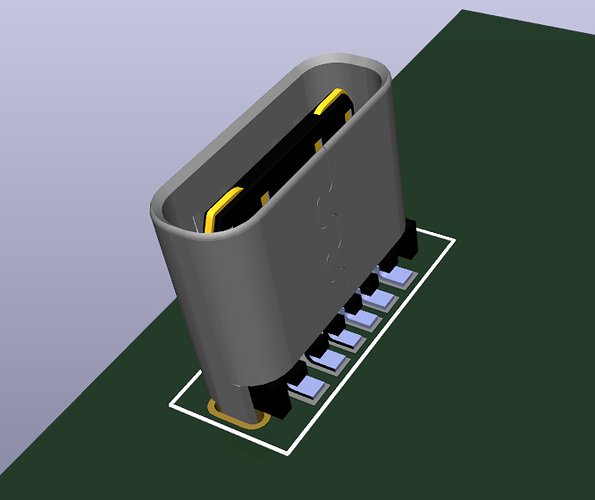 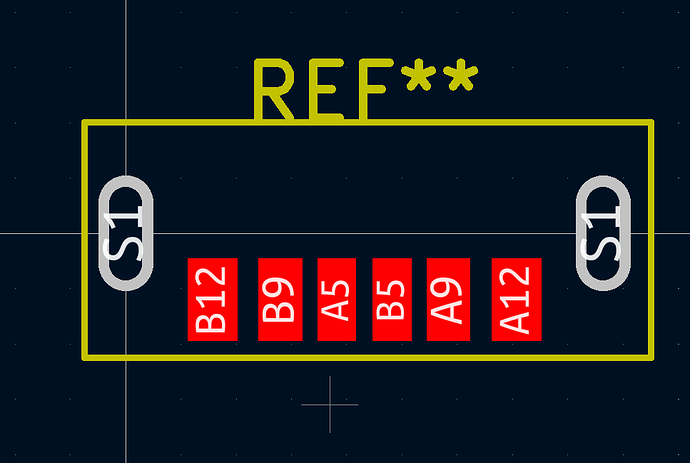 Which symbol are you using? I don’t find anything in library symbol to put on schematic. Neither footprint. 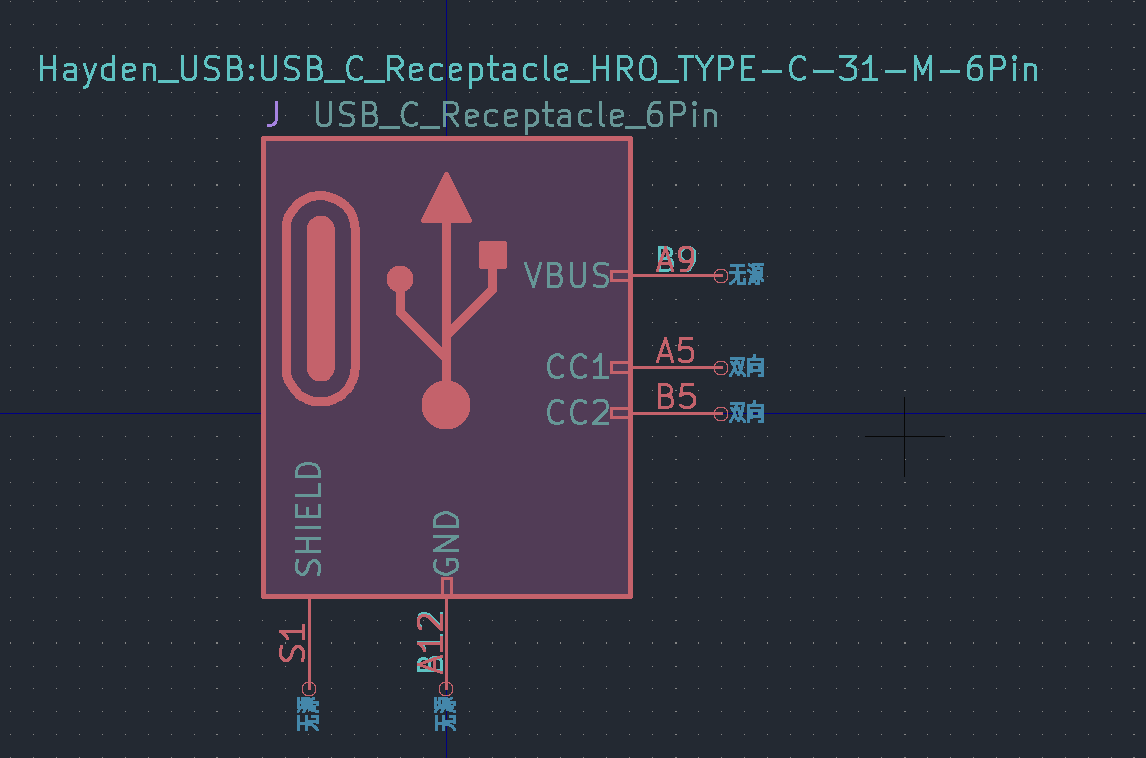 Make use of the search functions in KiCad.

When you add schematic symbols in Eeschema, the “Choose Symbol” dialog has a regular expression like syntax: 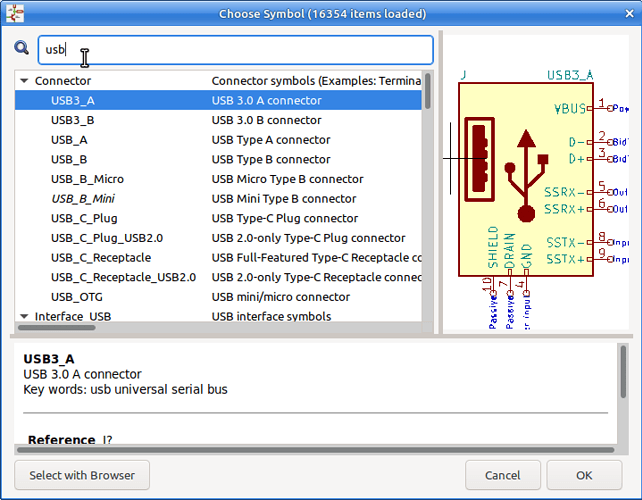 There are around 60 footprints for USB connectors in KiCad’s libraries. The text search in the Footprint Editor works quite well to find footprints:

I think the OP wanted a specific 6 pin version; the answer to which is ‘if there isn’t one provided, design your own”.
Seriously, @Pererva, there is never going to be every footprint in KiCad - there are just too many possible variants. Spend some time learning to design your own either from scratch or by modifying an existing version. Even better, make sure it complies with the KiCad Library Convention and submit it back to the GitLab repo - if it is merged then it will be available for everyone and you will have done a little bit to improve and advance KiCad.

One final thing though - those no name manufacturers might not be there next time you come to order. You might be better producing a footprint for a recognised major manufacturers design - most of these cheap AliExpress - Taobao designs are flagrant copies of an accepted standard.

One final thing though - those no name manufacturers might not be there next time you come to order. You might be better producing a footprint for a recognised major manufacturers design - most of these cheap AliExpress - Taobao designs are flagrant copies of an accepted standard.

But often not exact copies, so the part you buy might not match the drawing. It is always worth checking connector dimensions very carefully.

Some pictures I grabbed from Aliexpress from different USB connectors.
Can you spot if there are any doubles between those two pictures? The important thing is to realize there are many different variants, and each variant needs it’s own footprint in KiCad. There may be some overlap, but you have to be very careful to match the footprint to the actual size of your part.
Sites like SnapEda have databases with millions of footprints, and you may find a suitable footprint there, but you will still have to check carefully whether that footprint is compatible with your connector. I usually do not bother with trying to find a footprint on the 'web. You’re not even sure if you find a suitable footprint, and if you’ve found a good candidate you still have to check it. I find the editors for both schematic symbols and footprints in KiCad quite good and usually make my own footprints. Either from scratch, or from a copy of a footprint that is already in KiCad.