ERC giving an error but I can't tell why 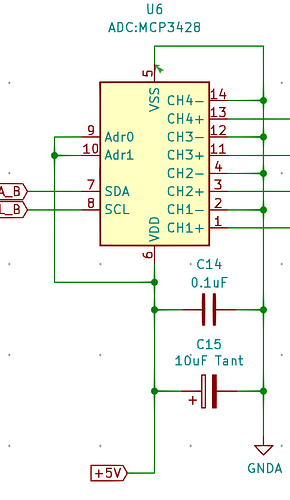 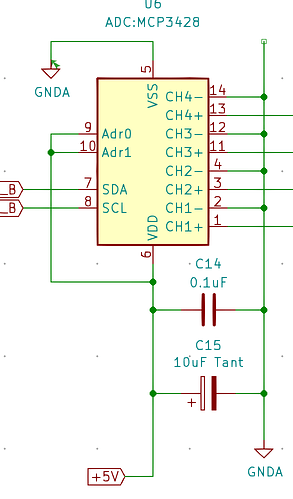 I can’t figure out what the issue is. Anyone help?

I had read that whilst looking for a answer (and to other problems where I’d misused the PWR_FLAG) but I didn’t see how it applied - I was taking the Voltage Regulator and the connector as a possible suitable reference. I’ve re-read it again, and I still don’t see the issue. In the link, the Volt.Reg. is being flagged on both its power-in pins because the connector isn’t flagged as providing power. In my case, the only pin flagged is the VSS pin; VDD is powered from the +5V net.

Elsewhere in the schematic I have this which, to me, looks like a similar situation but doesn’t flag: 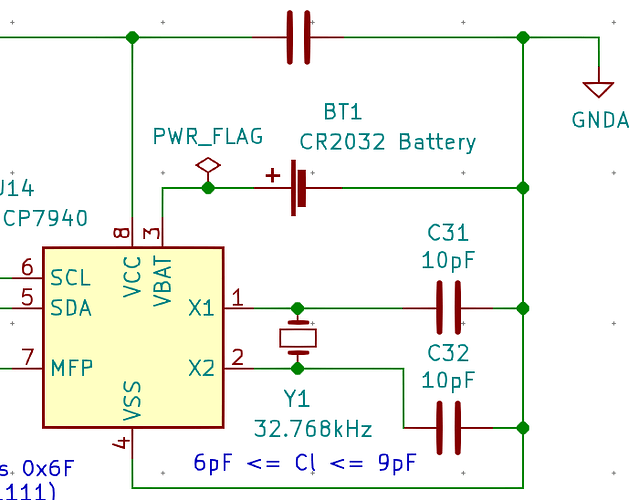 That’s just one example in my schematic, there are similar implementations elsewhere. Putting a PWR_FLAG on the wire works of course but I don’t understand why, in that one case, it needs it.

I have similar connections elsewhere in the schematic that don’t flag a problem.

Any error on a given net is only flaged once. So no matter how many things you connect to the GNDA net you will always only get the not driven error once!

Following this forum for 2 years, I think it would be better if KiCad did not check this error. This topic appears systematically. Adding PWR_FLAG is only used to hide this error. In what real situation would the lack of this check prove significant?

Adding PWR_FLAG is only used to hide this error.

Not if you use the flag as intended. If you use this flag to mark the true source of power and always only place it along the true supply path then it is a useful tool. Of course feel free to just ignore this error if you feel it is not worth it.

Of course feel free to just ignore this error if you feel it is not worth it.

But I see so many people having problem with this error that I started to think whom this error checking could really help. I expect much smaller number of problems after deleting that error checking.

and always only place it along the true supply path

I suppose that if I start to run ERC I would have to use so many PWR-FLAGs that it is not worth it. I power really each IC through ferryte-bead+100n. I use 2 stage LC fileters before and after each DC/DC. It happens that if IC has several VCC pins I connect them together through 0Rs as my PCBs are really 1 layer (bottom is continuous GND).

I think this error check is useful, but its message is perhaps too cryptic - the text is not descriptive enough.

I agree - and it can be turned off if anyone wants to. I searched on the forum quite a bit before posting but didn’t find anything that answered my query, as far as I could tell at the time. I suspect the information is there, somewhere, but is a bit cryptic until one fully understands what is going on under the covers. I also spent quite a bit of time understanding why one of my pins, marked Power Input, wasn’t ‘driven’ until I worked out it was because there was an inductor in front of it, its passive pins ‘blocking’ the power trace.

I got an answer from Rene which added a bit more to my understanding so I’ve moved forward with using the tool and have a better understanding of the Power Input/-Output/-Flags.

the text is not descriptive enough.

Agree.
Seeing it in a list to switch off (as @eelik showed) I would suppose that I am switching of the error telling me that I have connected some digital inputs together and there is no output pin to drive them.