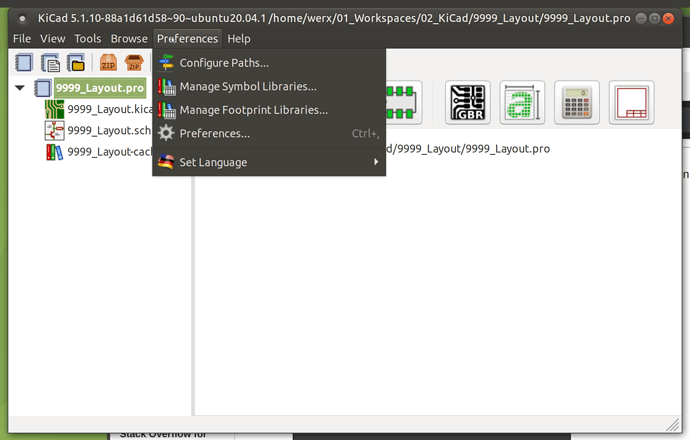 Windoze users will see this
_on Windoze 7: 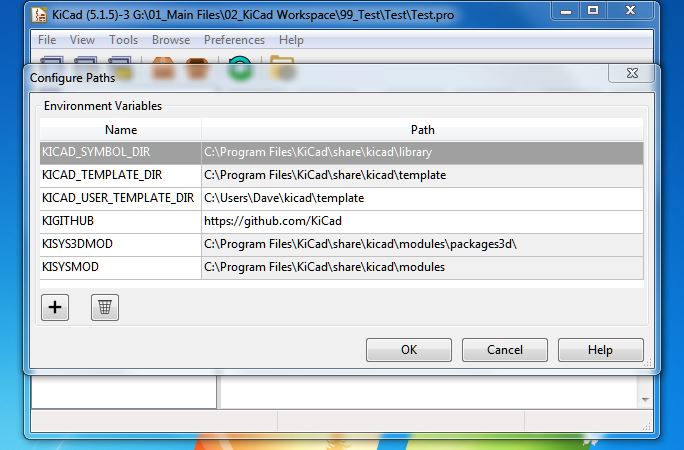 Linux users will see this
_on Ubutu Mate: 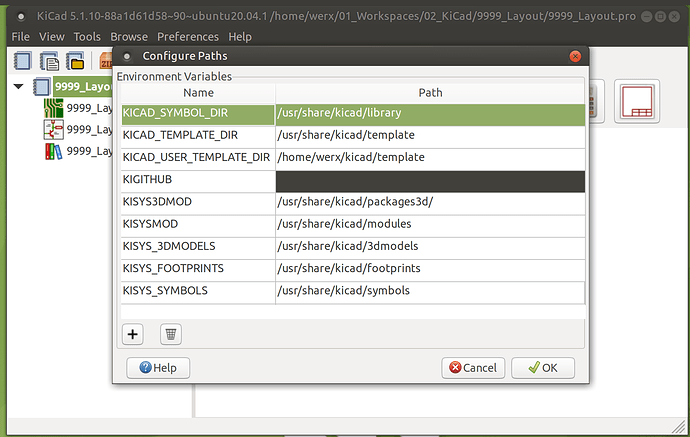 If these paths are setup correctly KiCad files can be shared between users of
different operating systems.

But, what if more than one individual wants to share their custom personal libraries,
used in a KiCad project?

What I did was to copy the basic format for the Environment Variable Name. This will make sense
with a little further reading. The image shows that I added:
KISYS_3DMODELS
KISYS_FOOTPRINTS
KISYS_SYMBOLS

KISYS_SYMBOLS has the path of: “/usr/share/kicad/symbols”. In this folder is my
custom personal symbol library. Note: I do want to make this more consistent
with the naming of the next libraries, but I have to consider how much extra
time and effort it will take to make the change. Note: This was one of the first
custom personal libraries that I created for working with KiCad. The “01” text
is my way of prioritizing how most file systems present organized data. Changing
“Device” to “Devices” was just another way to identify my custom personal
library from potential future KiCad libraries. 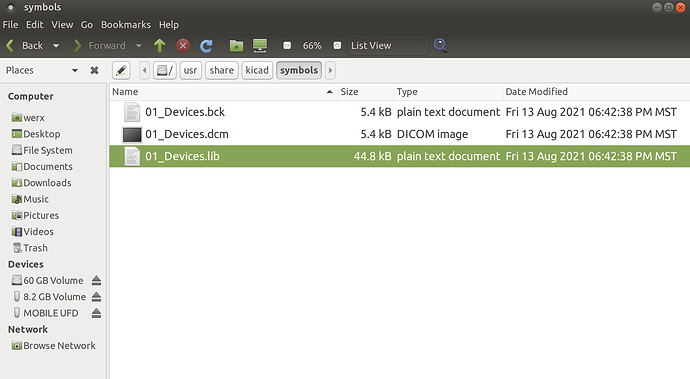 KISYS_FOOTPRINTS has the path of: “/usr/share/kicad/footprints”. Introduced
was the concept that an item would be “qualified”. It meant that I had spent
the time to read the Datasheet, as a serving suggestion, and finalized the
Land Pattern Data, Silkscreen, FAB Layer, Margin, and Text properties. this
concept lead me to name the top list item as “01_Qualified_Footprints.pretty”.
My library upgrades are a work in progress, and it may be that I will make some
edits in the future. 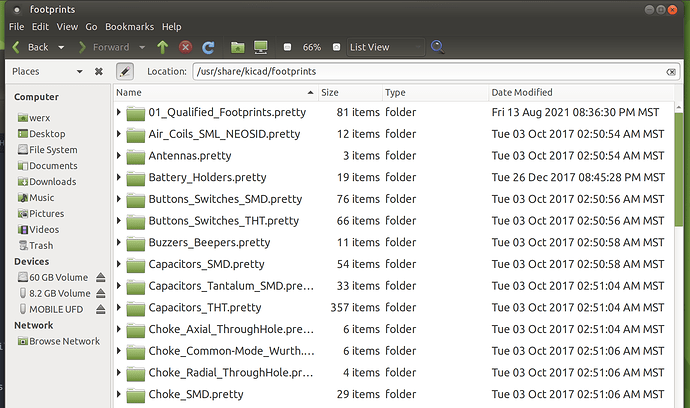 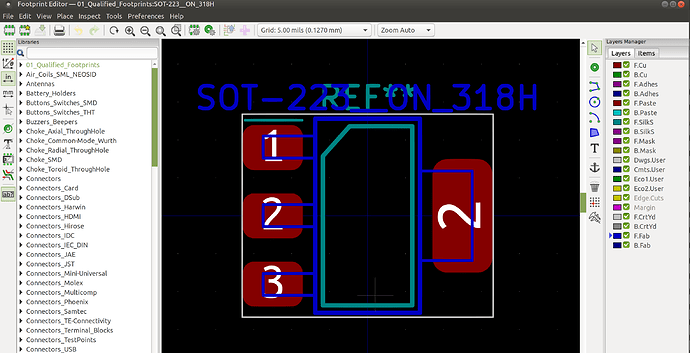 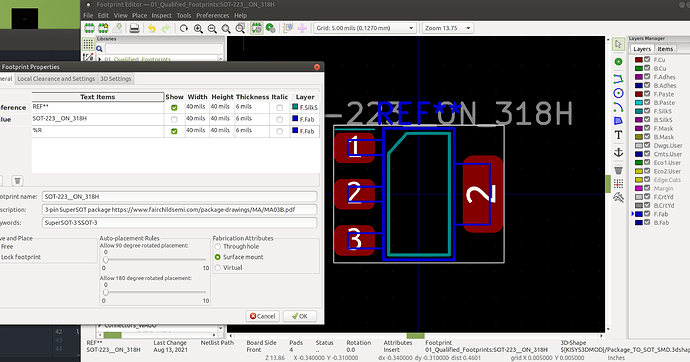 KISYS_3DMODELS has the path of: “/usr/share/kicad/3dmodels”. The KiCad 3Dmodels,
when uncompressed, take up over 5G of space on the hard drive. Simply copying
the entire KiCad library into a custom personal library is not an efficient
use of hard drive space. I have
attempted to only copy the KiCad 3Dmodels/libraries that are in current use
in my designs. 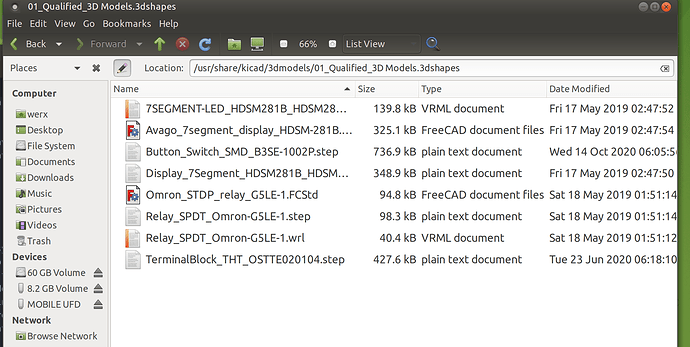 Note: The folder “/usr/share/kicad/3dmodels/01_Qualified_3D Models.3dshapes” contains
the 3DModels that have been sourced outside of the KiCad libraries.

Summary: After making the change to Linux, and working with KiCad, the reason
for KiCad’s Environment Variables finally made sense to me. Adding custom Environment
Variables allows designs to be shared between users, with different custom
libraries, on different operating systems, without requiring server/cloud access.

3 Likes
None of the KiCad Libraries are loading in {SOLVED}
How to organize libs and modules
system closed November 12, 2021, 5:31am #2