Eagle Import but use footprint library from previous import?

I have some pcbs I designed years ago in Eagle. I want to do some new enclosure designs for them so I’m importing into Kicad so I can export a 3d model of the board (some parts are tall and the enclosure and mating daughter cards must be designed to accommodate them).

The import from Eagle worked pretty much OK. I assigned 3d models to all the footprints that were created in a new library during the import.

Now I want to make a change to the pcb in Eagle and re-import. Is there a way I can avoid having to redo all the 3d model assignment and positioning?

I don’t understand why you change the project in “that other program” after you have imported in KiCad.

You can try to to import it in a new project, then exit KiCad and use a program like meldmerge to look at the differences, but I doubt it will be successful.

Or, maybe there is a way…
Try this:

I don’t understand why you change the project in “that other program” after you have imported in KiCad.

I want to keep Eagle as the primary “source” for these pcbs. Eagle DRU thinks the pcb design is clean and it’s only slightly different from what’s been fabricated, tested, and assembled by the dozens.

Kicad gives lots of warnings about tracks having unconnected ends. 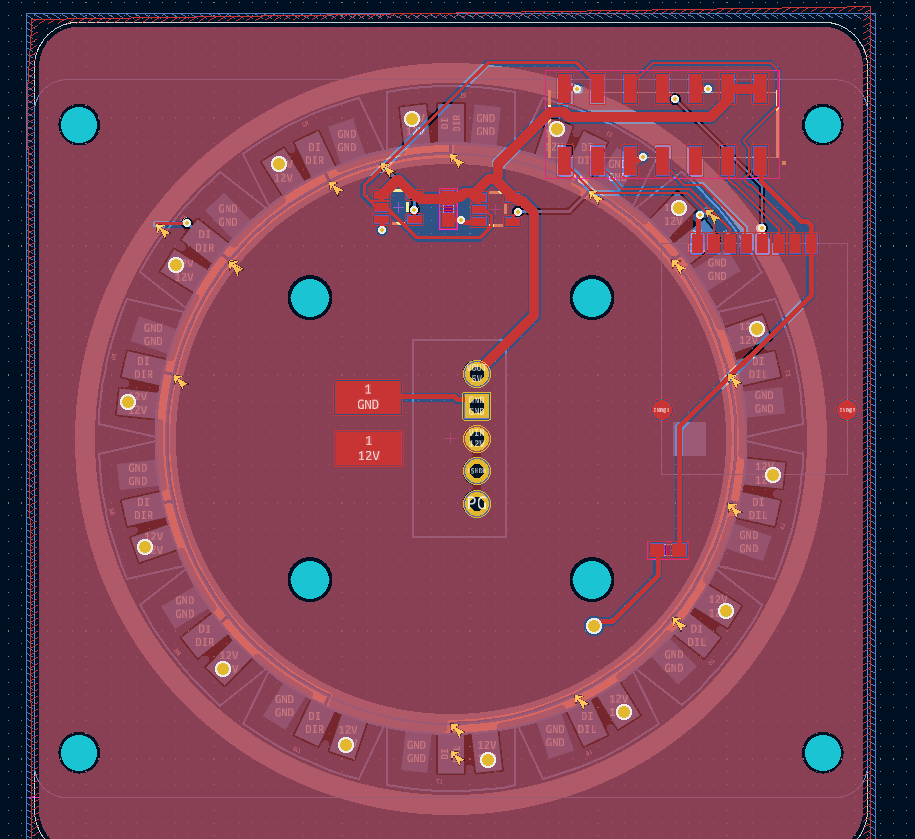 Not sure what that’s about. The tracks overlap “zones”, but apparently that’s not enough.

I vaguely recall having something similar in Eagle and had to add “bogus” “routes” for its DRU to be happy. Maybe those circular traces mess up grid alignment Maybe Kicad has same issue but needs different band-aids due to grid difference.

So, I might play with trying to different things to fix it in Eagle Mostly to learn how to avoid this on other “legacy” projects that I might convert to Kicad.

I’ll give what you suggested a try.

If yo had to sit up and give a paw to eagle to make it happy, then it’s likely you will have to do something similar in KiCad too.

KiCad only considers tracks that end on pads to be “complete”. Your screenshot has a too low resolution to deduce much. I can’t really see how this thing works. A possible solution in KiCad is to use SMT “test points” as pads in your zones.

But there is another problem too. Support for arcs and circles in KiCad is not very good yet, and as a result there may be some hidden dragons and this may not be an easy beginners project for learning KiCad.

If you have done a conversion, you can always load the gerber files from both KiCad and eagle into the Gerber viewer and compare them layer by layer.