Does this project belong on a 4-layer board?

Hello team, haven’t posted in a while because I’ve been reasonably successful making things complicated for myself, hence this topic. I’ve attached the pcbnew and eeschema files but I don’t know if anything else should go with them (like the libraries) to make them intelligible.

This design is for a voltage-controlled envelope generator (in the analog synth domain). I’ve somewhat arbitrarily constrained myself to a specific board size but I could expand it (in the Y direction). I’ve previously done three iterations of a “conventional” EG/ADSR controlled by pots and took a bit of a leap to the current design. But the specifics of the circuit are not really of the point.

Where I am now is that it doesn’t look to me like I can finish laying out the traces without a whole lot of vias, so I’m stopping to fish for some advice. Any kind of commentary is welcome.

The general design is that jacks, LEDs and pots go on the front, and JLCPCB will fab the components on the bottom. I think looking at the ratsnest should give a sufficient idea where I am. My questions:

“Thanks for any insight you can provide.”

Your schematic is unusable without the libraries it references.
Next time you share a project, just zip the whole directory.

There is no clearly defined line between when to use 2 or 4- layer PCB’s. Some people use 4-layers by default just because it’s much easier to route PCB’s. and it looks like you are well into this area. You’ve pretty much filled the whole bottom with footprints, which leaves almost no room for tracks, and the little room left you have filled with power tracks, which will result in bad quality power distribution.

If you want to keep this as a two layer design, then you will probably need about twice the PCB size, to route most of the tracks in between the footprints, and then use the other layer as a continuous GND plane.

Well that’s clear enough direction, thx, I’ll certainly grant it’s pretty cramped. I kept the board small because I want to maximize the module density, so going to 4 layers is preferable over doubling the size. Attaching a zip of the project dir in case it’s of interest.

I use the same policy as @paulvdh for 4 or 6 layer. One inner layer unbroken ground plane and no power plane.
Then in pcbnew you just unselect the ground plane layer so that it does not hide everything

If you want to keep this a 2 layer board then add ground fill zones to the front and back layers and stitch them together with vias. Then you can remove almost all of the GND to GND traces on your board. Otherwise as @davidsrsb mentioned with 4 layers you can lay it out as GND fill zones on layers 1,2,4, a PWR fill zone on layer 3 and signal traces on layers 1 and 4

It is very unusual for me to design a board with a single power supply or even just two these days, so power planes are seldom useful.
Even two layer boards can often be done as one layer almost unbroken ground plane, one layer all power and signal tracking, very common on simpler SMT designs.

A (just over) two hour video over:
[LIVE] How to Achieve Proper Grounding - Rick Hartley - Expert Live Training (US) 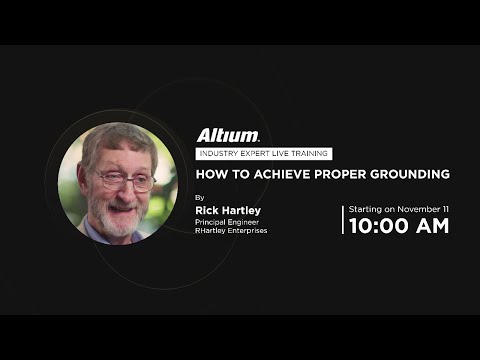