It there a way to create custom pad shapes on a footprint without having the pin numbers all over lap each other and making it hard to read? I’m currently creating polygons for the pad shapes, adding a pad inside each polygon, then jumping in to “Edit pad as graphic shape” and back out so the pad and the polygon are merged. However, it appears doing this makes the pin number text automatically scale to the size of the polygon and move to the center (ish) of the polygon.

How I’d like it to look (this is before polygon merging and with two pads created on most of the polygons): 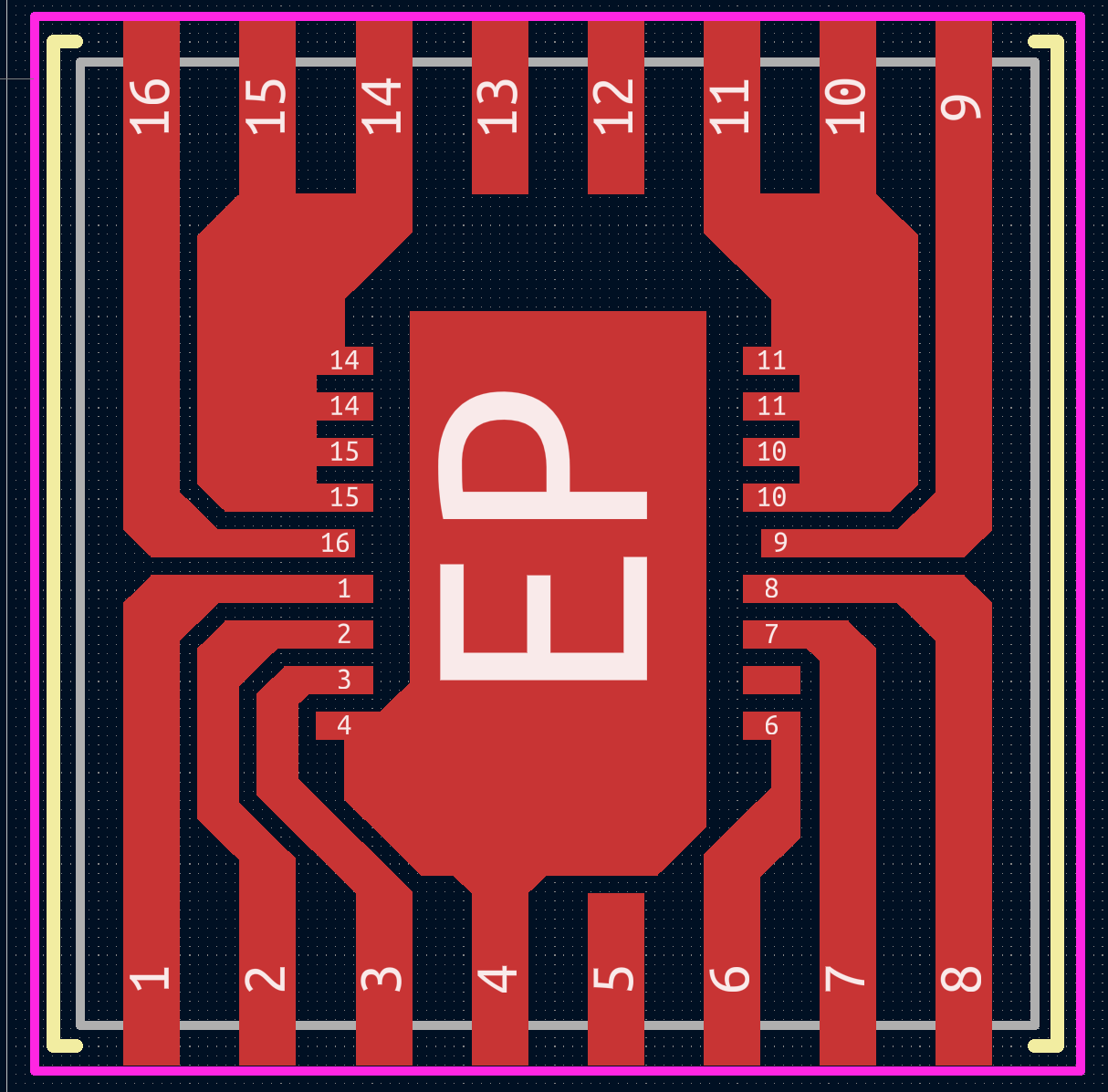 The DRC errors that occur if I try to use it like that without polygon merging: 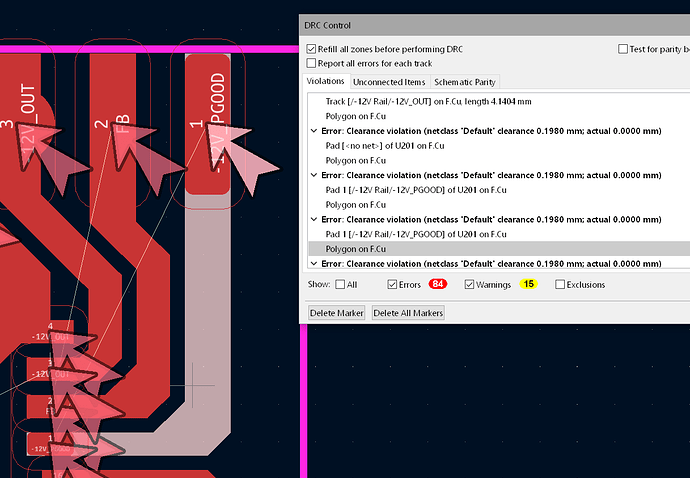 How it has to look for DRC to work correctly (after merging the small inner pads with their respective polygon but leaving the large outer pads for easier track snapping points): 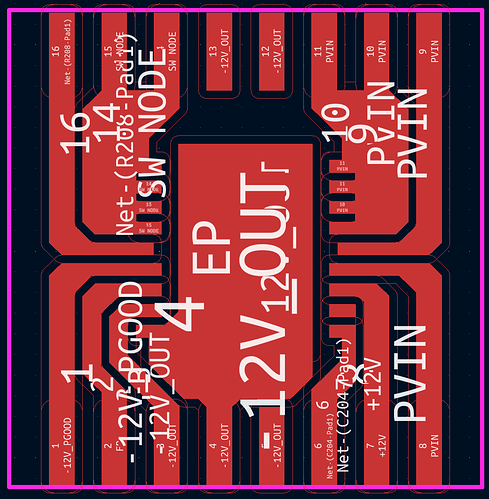 At the moment there is not really such a thing.
The method of creating pads with the same pad number is a simple but still quite effective method for making “complex pads”. It is adequate for things like adding a bunch of thermal via’s.

Your footprint looks like it is designed for using one out of two IC packages for the same IC. The best tool for this would be something similar to what some people call a “design block”. These are separate PCB projects, that get loaded as a module in another project. For example, you’ve once made a layout for some small SMPS power supply, and you want to re-use that same layout in another project.

The PCB editor is a much better tool for making this sort of footprints, as the footprint essentially is a combination of two footprints connected by copper tracks. Unfortunately, KiCad does not support this (yet).

Thank you. I’ve been using Fusion 360 to create the footprints and then importing them as DXF files. It sounds like I’ll just have to be creative with creating multiple pads with the same numbers. One polygon turned in to a pad with the solder mask and solder paste disabled, then one inner and outer pad on top of the polygon pad to provide routing snap points and solder mask/paste where needed. 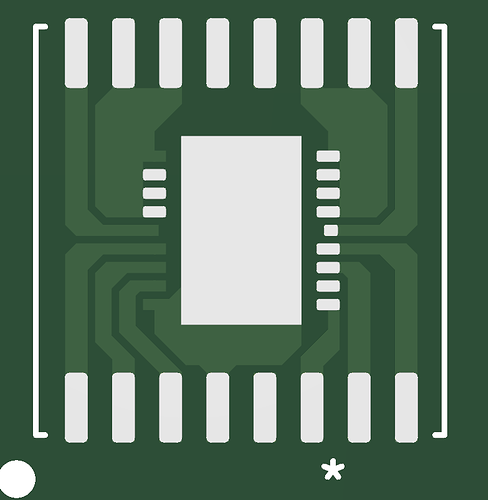 I’m not sure what extra you get from importing a DXF from fusion 360.
It seems an extra and complicated step to me.

If you know your pad sizes and spacings, then you can quite simply first create a pad, and then create an array of them. The array tool (located in the popup menu under the right mouse button and Special Tools / Create Array has quite elaborate ways to get the pin spacing and numbering right, and pads can also be easily renumbered if needed.

Adding graphics to pads has been changed in KiCad V6.You now right click on a pad and then select Edit pad as graphic shapes If you use this method, then KiCad knows the graphic shapes are part of the pad and can used it for calculating clearances. It can not do this with simple graphic shapes such as polygons.