Board in 3D is way longer than it is in the .kicad_pcb file

Does this affect the Gerber Files ? How long is my board now ?

These are the images posted by GeorgeFlorian: 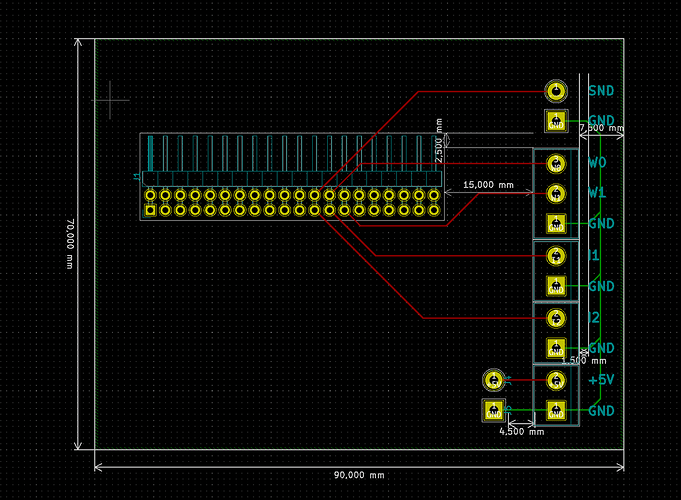 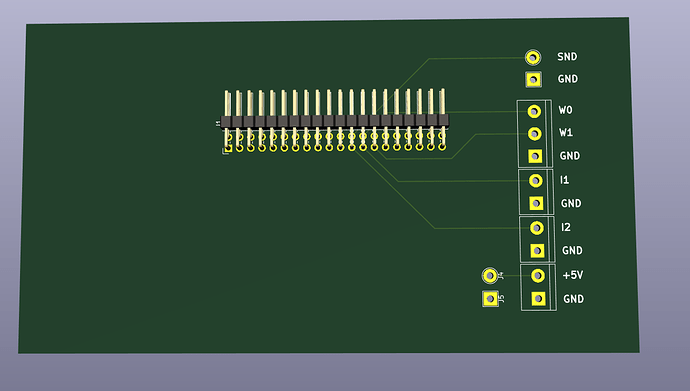 … and after looking at them a bit on the same screen I can see the difference.

The PCB outline on the first screen is in white, while by default it is in yellow. Most likely reason is that the graphics is on the wrong layer. In KiCad the Edge.Cuts layer is used for the PCB outline, and that layer should have only the PCB outline and the shape must be a closed shape, with endpoints of each segment coinciding with the start point of the next line segment.

I’m guessing that you previously drew a bigger PCB outline on the Edge.Cuts layer, turned that layer off for some reason and later drew the rectangle on another layer.

Thank you.
I’ve changed the outline to Edge.Cuts and now the 3D render looks good.

KiCad uses the outline on the Edge Cuts layer if present.
If not the 3D viewer sizes to fit all the parts