Board has malformed outline (no edges found on edge.cut layer)

the DRC throws an error saying that my board has a malformed outline and that no edges can be found on the edge.cuts layer.
The arrow points somewhere in the middle of my edge cuts zone.

However I did create a rectangular zone in the edge.cuts layer: 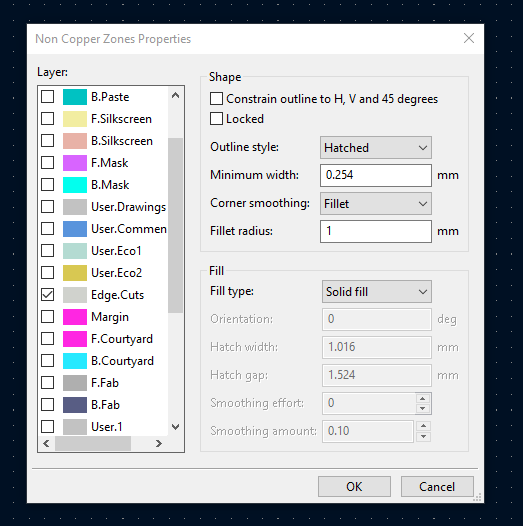 I also made sure none of the zones on my board overlap with the edge.cuts zone anywhere on the design. 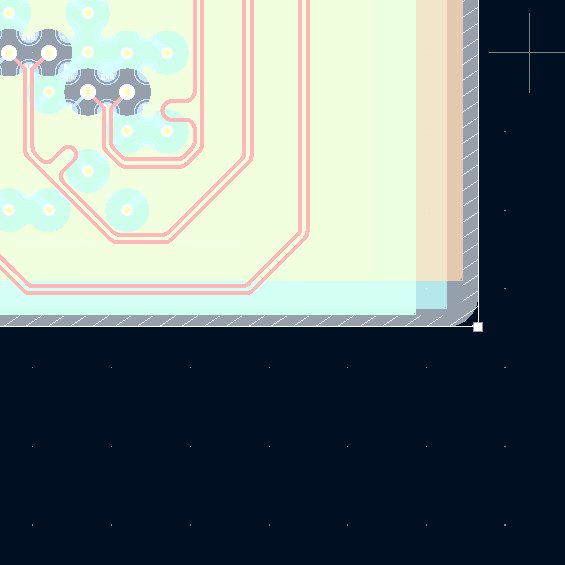 Does anyone know what the cause of this error could be ?

outline is not drawn as zone.
Outline should consist of:

As first try draw only a rectangle (and nothing else) on the edge.cuts layer to get a feeling for the outline-requirements and outline-behaviour.

Ah thanks a lot, you were right. Just a regular rectangle did the trick!

Same problem here, but I did draw it as a single rectangle in the first place: 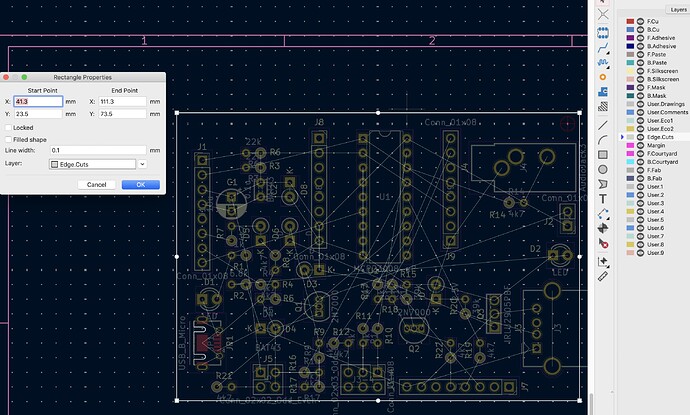 I am throwing in my full project (I will later publish it in a blog note anyhow (disclaimer, no ads no income from my blogs, only fun and expenses. Also, I sell nothing of what I make and describe in them)). I am so new to this, that some advice might come in very handy!

If my layout looks strange, I am trying to make it into some sort of breadboard, even if I know from How to implement a breadboard in KiCad that it’s probably not such a good idea. But then, KiCad looks more tempting than fritzing.

By the way, I also added mounting holes where they should be (according to Universal Proto-Board PCBs 5cm x 7cm, but the DRC complained so much that I removed them. I think it was the copper fields aound the 2.2 mm holes.

I discovered the arcs and lines in the USB Micro. I tried to move it to the edge of the board as it said (with fine grid), but it still complained.

I discovered the arcs and lines in the USB Micro. I tried to move it to the edge of the board as it said (with fine grid), but it still complained.

in this case you need to create a pcb edge without using a (polyline) rectangle, but using simple lines to be connected to the USB edge cuts.
Beep_BRRR-wEC.kicad_pcb (174.2 KB)

Thanks @maui, I’ll do it this afternoon and then update here. Edit: Thanks 2! You did it!

I have now changed the footprint of as much as possible to 0.1" grid. Even the IRLU2905 which has a TO-251 footprint. But I know it’s easy to solder them on standard breadboards.

I have tried to center the edge cut, but everything I can figure out makes the DRC think it’s not closed again. Is there a smart way to do this? I wasn’t able to grab more than one element. The hole cut needs to be sent 0.52 mm down, but I lost it on the USB, even if I moved it also down 0.52 mm. Then I tried to connect the segments and they seemed to connect. But DRC didn’t like it.

Update: I decided to go for USB breakout boards since I’m making a breadboard layout only. I then made a new edge cut “clean” rectangle with lines, with 0.500 mm grid, so it was fast done to center it by hand.

Thanks for the help!