image542×996 225 KB
I found a Altium design project file by TI that I would love to import into Kicad to modify.

I see there is a few options to convert to Kicad:

And I read that Kicad will have built in conversion for Altium projects soon.

I tried the online converter but the Kicad files it produced don’t open as far as the PCB file.

Here is the TI Altium project file link if anybody knows how to convert.

Yes you can import PcbDoc files in the newer KiCad versions.

As a preview of a feature coming in the next major release, the ability to import Altium PcbDoc files is now available in the latest nightly builds. This was thanks to the work of Thomas Pointhuber in MR#60 The board import option can be found...

If you do not have this menus, you need a newer version of KiCad. It could be that you need the nightly version of KiCad.
I tried it, i am able to import it and it works in general. But there are some things messed up, for example some of the text is centered when it should be left aligned and there is a mess with different units (some of them are mm others are in mil).

It could be that you need the nightly version of KiCad.

The Altium importer requires a nightly build; it is not present in the 5.1 releases. 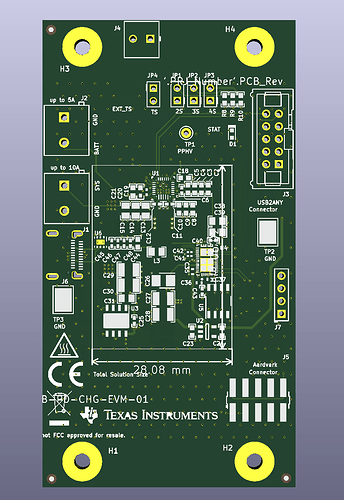 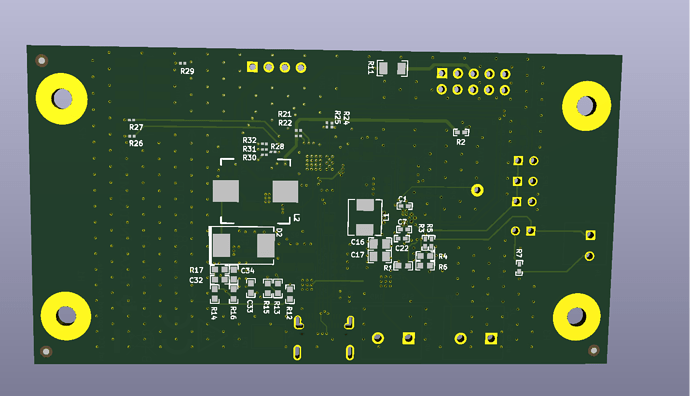 I downloaded the nightly build and imported it and it worked just fine.

This should save me some time.

Happy to know I can import other TI reference designs now.

There are some issues visible with the import.
I can’t see the zone fills on the renders, there’s an issue with dimension drawin in wrong place (bug already reported), the dimension text is not inline like in Altium that may invade into some PCB features, the text “For evaluation only” is positioned wrong. So the project might be a good benchmark for the imported.
Anyway, @KicadDevelopers - very impressive work with the import 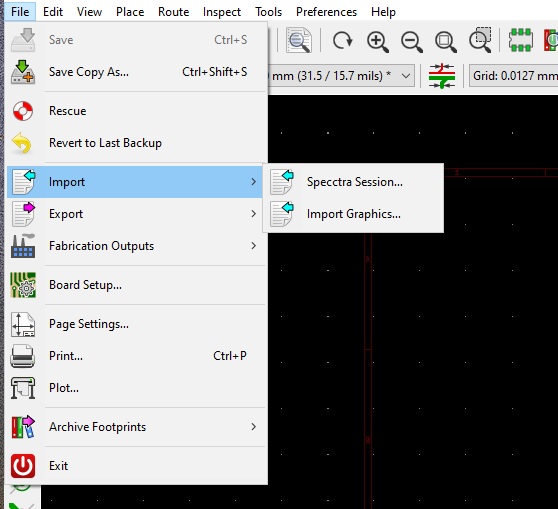 Yea I’m going to go over it with a fine tooth comb to make sure all is good vs the projects Gerber’s provided by TI.

I’ll return and let you guys know how much work that ends up being.

Thank you very much, I’m new to KiCAD and missed that detail.

Happy to know I can import other TI reference designs now

Just so you know, you can also import CADSTAR reference designs like these (schematic archive *.csa and PCB archive *.cpa files)

If the reference design happens to contain a *.cpa file too, maybe give that a try and compare. You might find importing a CADSTAR design to be slightly more faithful to the original than importing an Altium design. This is because the CADSTAR format is based on S-expressions (very similar to KiCad’s format) and therefore much easier to reverse engineer than Alltium’s obscure undocumented binary format.

I still can’t understand how @pointhi managed to get so far with such a difficult file format - it is very impressive!

Just checked the TI project. Zones are actually there (just need to rebuild with “b” key). The clearances set for zones seem to be different than in the original gerbers (at least inner layers get 0.508mm while the original are closer to 0.254mm)

The Altium design uses custom design rules to set the polygon (zone) clearances, and we don’t currently import those.

So what specifically should I look for that may be wrong due to missing import data?

Any help is appreciated in that respect.

Since you have the gerbers, you can compare those. There are known limitations with text handling (KiCad doesn’t support nearly as many text options as Altium) but if you ignore those and just focus on the copper you can look for more serious problems. For one, the clearances are wrong (way too large) – the original design uses 0.254mm clearance for zones and 0.127mm clearance for everything else. If you fix the clearance, fill zones, and do a design rule check, you can see if there are any major differences with the Altium gerbers.

Just hit B to fill zones and yea it looks decent.

I see bottom layer looks to be slightly offset from the bottom or the fudicals are just offset. 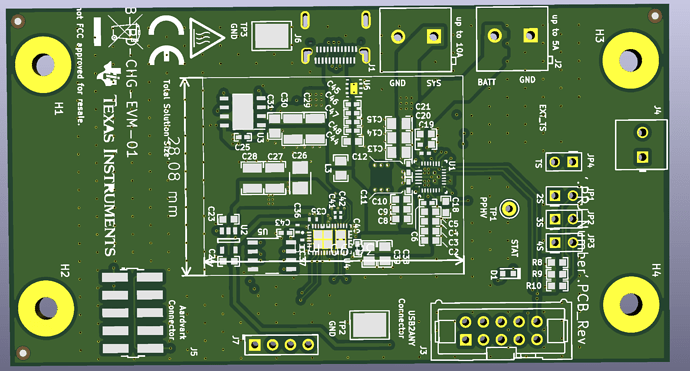 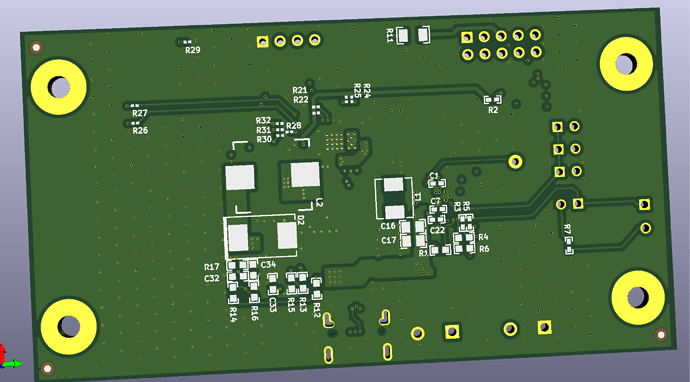 I don’t have Altium so can’t verify. Maybe it’s marked in the data on the PCB schematic and I missed that info.

you can see if there are any major differences with the Altium gerbers.

There are major differences, because TI’s Gerber outputs are not of the same board as their main project file.

I don’t have Altium so can’t verify.

Try the design viewer: https://www.altium.com/viewer/ You can zoom in and measure different areas: 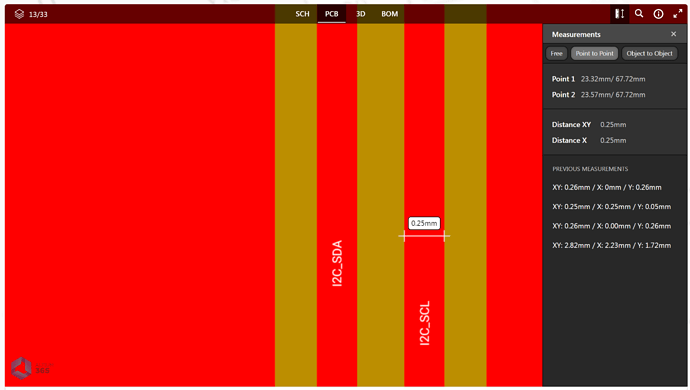 Just looked over the Altium project I imported.

I only needed to do the following:

#2. I had to remove the artwork text and artwork that I didn’t need which was most of it.
The part ID text was fine.

Those were both easy quick fixes.

The Altium Kicad import function just saved me TON’s of time. I was dreading having to build this out from scratch.

Thanks to who ever made this possible.

The Kicad Nightly software has a lot of upgrades which look good too me also.