5.99/6 Which variables to use for library locations

I am wondering which environment variable to use for which files. BAsically my library setup is as follows (windows):
KiCad standard symbols in its default installed location.
Any additional libraries on another location.

Any clarification (preferably what would become the standard for KiCad 6) ?
And I also wonder if it is save to add more environment variabled for paths ?

Those paths are only for KiCad’s default libraries. 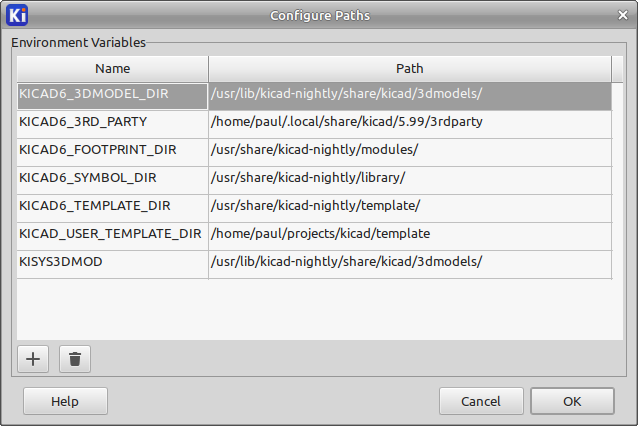 Note that all the paths starting with /usr/ are not even writable for normal users on my linux box. 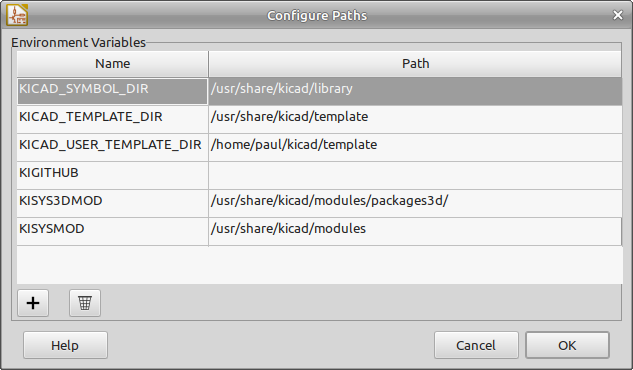 And these are pretty much all standard. About a week ago I removed both KiCad versions and their configuration files and did my best to do a new clean install. KICAD_SYMBOL_DIR is used for all the default libraries in KICad V5.1.x

For your own personal libraries you have to think of a place to put them yourself. You can use ${KIPRJMOD} which is always the root of the current project. Other opions are to use an absolute path, or to make an environment variable of your own.

I used to have a self made KICAD_DATASHEET_DIR and used that in my own libraries for local datasheets. I have to repair that because it got lost during the re-install last week.

Thanks for your reply.
Some of the variables might indeed be a leftover from an earlier config.