I export them from Inventor as STEP… those files are in the repo as well (end in stp instead of wrl).
Those are then imported in FreeCAD and exported as VRML, per script, automatically, one after the other…
Really no idea where the difference in treatment comes from, especially as the original files for those two models are the same, just different parameters for dimensions that should not affect basic file/mesh/etc. properties that would cause stuff like this (IMHO).
I don’t know if there are other more detailed STEP model viewers out there that allow some sort of examination of the data that is in them…

Another thing I couldn’t find in FreeCAD was a way to reduce the numbers of segments that are being used to approximate circles/round surfaces… there are a couple of those in there that could easily do with just 8-6 segments per 90 degrees.
I naturally have no idea how STEP models are defined and if this kind of optimization is even possible…

No idea where the u.fl connector on the XBee module is placed at… nothing in the datasheet about it. EM-shield size/position also by Augenmass…

EDIT:
I wonder how long it will take for KiCAD to accept STEP models directly… filse sizes for the VRML stuff are just ridiculous.

Ya! If it was that easy…

I wonder how long it will take for KiCAD to accept STEP models directly… filse sizes for the VRML stuff are just ridiculous.

what I would like to see, as I asked already at developer’s list, is a 3D MCAD library composed with FreeCAD/STEP 3D parametric models and 3D VRML models aligned to the kicad model footprints…

Well STEP is the undisputed king of standards specification complexity. With the plugin system I am working on it should be possible for KiCad to directly support STEP via OpenCascade but of course that’s a matter of someone doing the actual coding. Maurice’s scripts have pushed the priority of such coding down the list somewhat since the devs are all busy with so many things and the scripts are a good compromise. In the long term I’d like kicad to have its own minimal engine for displaying and producing STEP assembly models (and IGES as well - so far I can produce IGES but can’t display it) but that’s looking like a 2-year full-time job to me, which means I can probably finish the task in 10 years. The only objection some devs (including me) have to OpenCascade is that it’s a huge library - that’s inevitable since it is a 3D MCAD geometry kernel. However, kicad only needs extremely basic geometry support to be able to create a PCB solid model (as demonstrated in my libIGES project) and to add other models to an assembly model. At any rate my new plugin system allows us to make OpenCascade an optional requirement which can be installed separately - this arrangement keeps all devs happy while not eliminating the possibility of native STEP support via a custom lib in the future.

With all this great work on modelling SMD components, are there any THT components like resistors?
I’ve generated and used cbernardo’s resistors as WRML files, but would like to use Maurice’s script to model my enclosure with the multiple PCBs inside. However, it’s all through-hole stuff and I’m having difficulty finding appropriate resistors…

I noticed another thread which allows parametric creation of various components. Is there one like Cyril did in WRML that would generate STEP models?

Hi, I’ve made a tool to align the 3d model directly moving it over the pcbnew footprint. here there is a small video tutorial: https://youtu.be/O6vr8QFnYGw With ‘kicad-StepUp-tools’ it is possible to load the kicad footprint in FreeCAD and align the 3D part with a visual real time feedback of the 3d model and footprint reciprocal position. Once the 3D part is aligned to the footprint pads and silk, the model can be exported in STEP format and in VRML format for kicad 3d-rendering, just clic…

Thanks Maurice. I’ve had a look, but all seem to be horizontal TH models, none of them are vertical. I’ve tried taking one and then modifying it in my CAD (we use Creo / ProE), but no real luck…

The great thing with @cbernardo’s scripts for VRML is that I was able to modify a few parameters such as the pitch so I could get them perfectly matching my PCB design.

I did see a guide somewhere to convert VRML models to STEP but it was rather convoluted and involved using many different programs (Blender, FreeCAD, etc) so seems a rather tedious step if I have many components to convert.

@xavierw
if you like to code a bit, have a look at 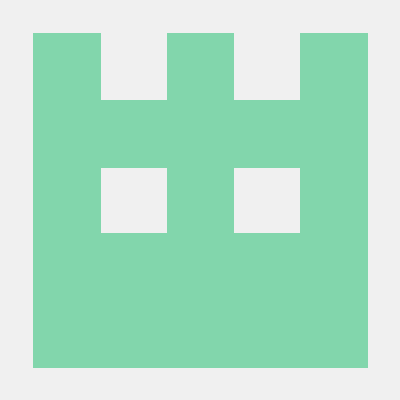 kicad 3d models in freecad. Contribute to easyw/kicad-3d-models-in-freecad development by creating an account on GitHub.


this are some script to generate STEP and VRML models starting from a parametric table as in component’s data sheet
If you would like to play with the code, cadquery is a nice framework to let you generate parts with parametric scripts in python
here is a very simple example for a smd chip cap

may be you can have a look and create some script to generate TH resistors, than the other users could have a benefit

…
I found that, after playing a bit with cadquery, for me it is easier to create parts in python than manually

Ahh, damn, just noticed your reply.
In the end, I drew my own up… 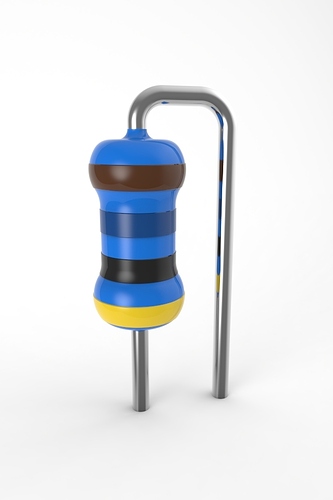 However, I’ll have a look at that. It would be quicker than manually selecting each of the colour rings to generate a series of values.

please keep me informed about the conversion with my StepUp script

Holy cow that resistor looks awsome! What did you use to draw it?

I’d say it’s what you get inside ProE when you render the model, won’t look as nice in KiCAD or FreeCAD, but maybe in blender after you played with the materials a bit after using @maui’s StepUp tool to get the pcb assembly over there.

@xavierw
You don’t want each value on those, unless you’re insane or a genius.

What is the STEP file size for that resistor btw? Looks marvelous… I wage a guess, the VRML file will come in at 800kB+ unless you find a way to control the amount of segments being used for round surface approximation - I had no luck so far

Doesn’t ProE have some kind of facility where you can code behaviors of model parameters according to some table? I know it exits in Inventor… never used it though.

The footprints are generic and there currently is no way of transferring values from the symbols over to the 3D models in an automated fashion in KiCAD… which means you’d need one resistor symbol, footprint and model per value… which E-series do you had in mind?

Not even this is possible in KiCAD for now, which is way simpler:

Or asked differently: How can I have R_22k_0402, R_22k_0603, R_22k_0805 in the library, but when I load them into the schematic only 22k appears as value and R? as reference for the part? I was cleaning my libraries and working on my import/export script for symbol fields and was beginning to wonder (*) why the symbol value appears 2 times in there, and they need to be the same as otherwise the symbol is being thrown out of the library or other weird stuff. For example this resistor here in m…

@SBW
I cheated a bit: the photo attached was actually from a Keyshot render.
In Creo, it looks fine, just not as realistic as it’s just the model, not the render. 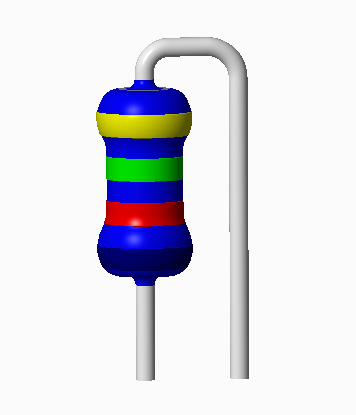 In FreeCAD, the STEP model is ok: 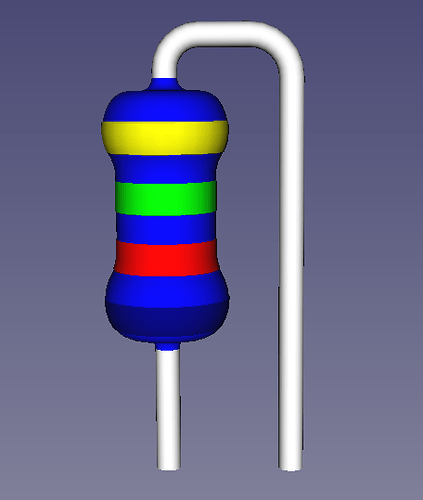 BTW, the STEP file is 120KB in size. Not too large, but not practical if you have several different values.
In all fairness, I went to model something that looks realistic rather than simple: the colour rings are actually a “thickness” so emulate a band of paint on top of the actual resistor rather than just changing the colour of a section of the resistor’s body.

@Joan_Sparky
I need to investigate what scripting / lookup is possible with Creo. If I could assign a text file and associate that with different colours, I could then write a simple macro to generate a list of values, much like @cbernardo has done with VRML. Alternatively, I’ll try to get my head around Python (I’ve never done that, my last scripting goes back to Turbo Pascal when I was a university!) and see if I can generate a script with @maui’s FreeCAD scripting stuff.

ran the STEP model through my FreeCAD/python script to get the VRML model: 2.8 MB
You really don’t want to make every value… a couple different ones of these on a single board and the 3D viewer will have a stroke

Can you tell Creo how many segments per 360deg it uses for the surfaces?
I can’t find any settings for this in Autodesk Inventor, nor in FreeCAD (after importing the STEP model)… but maybe your CAD has got an option for that to get the file size down?

One more thing, you might want to realign your modeling planes to fit KiCADs world (Z-axis is away from pcb, Y upward) as otherwise you have to realign every single one of them models (and you really don’t want that): 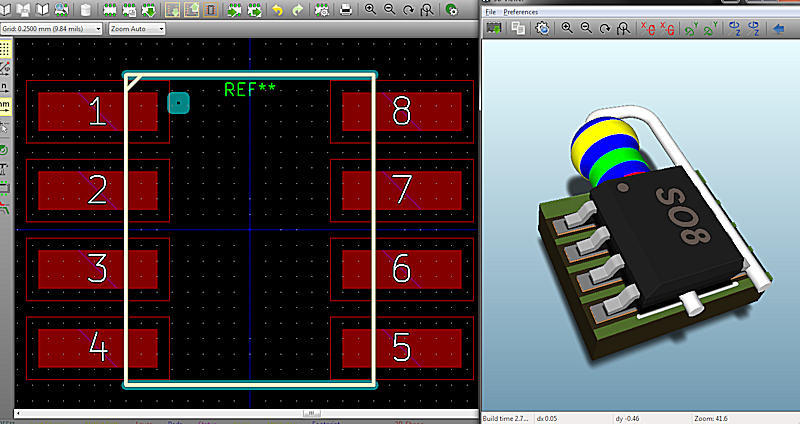 Thanks.
Regarding segments, the one I posted earlier has 24 - I just counted them in FreeCAD. Maybe there’s the option to make less. I think the added complication comes from making it look nice. If I were to simplify, the STEP version ends up being around 60KB and resulting conversion to VRML would be a lot smaller too I guess.

STEP version ends up being around 60KB and resulting conversion to VRML would be a lot smaller too I guess.

You can trial&error yourself as you got freecad already… just load the python script from github that is linked in my last post and open it in freecad (edit scripts button), modify some bits and then run it (run button).
This way you get scaled components for KiCAD from STEP files by clicking on a button in FreeCAD only - couldn’t get it to work outside of FreeCAD unfortunately…
You can change the license text to any other if you want, shouldn’t fault if you stick to the layout that is there. The license will be added to both the VRML and the STEP file, as both are needed for StepUp. 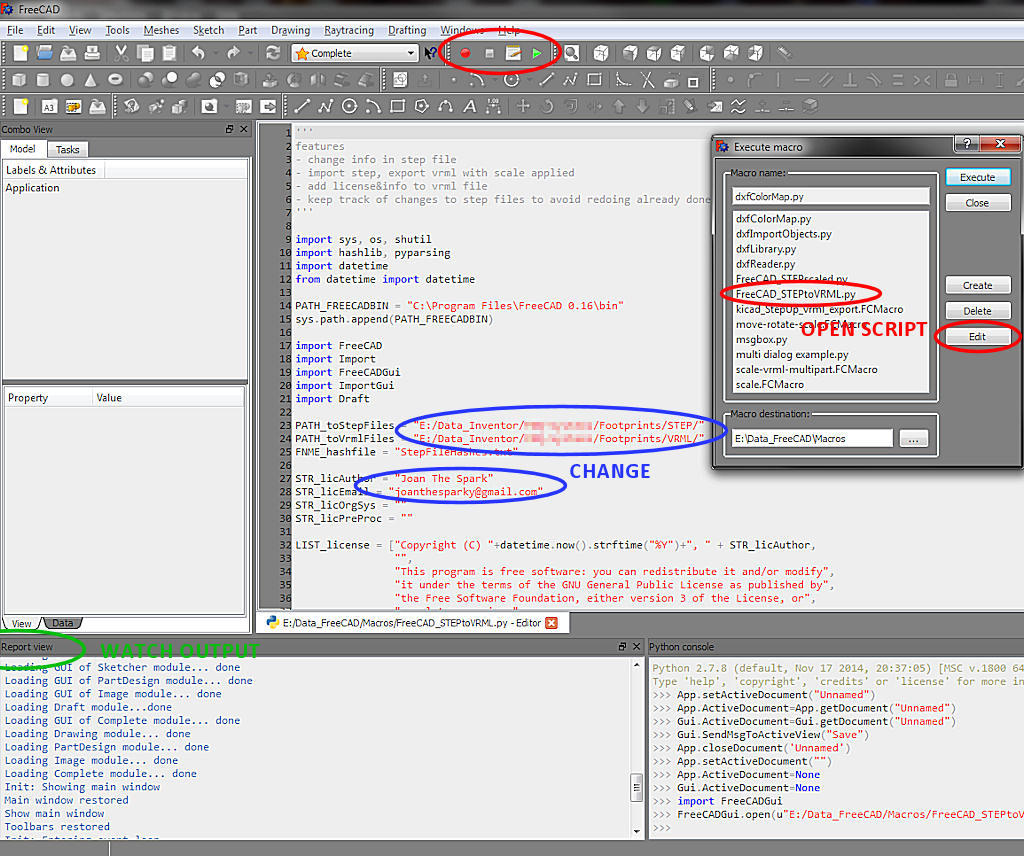 I (nor anyone else I guess) really need the VRML version of TH resistors (as well as other TH components) as they’re already available from @cbernardo’s scripts - I’ve generated all the various components and they work fine with the built-in 3D viewer in KiCAD.

I really wanted to have a STEP version of the models so I can use the new scripts allowing 3D modelling outside of KiCAD. The examples here use FreeCAD, but of course you can use any other 3D CAD/CAM package that can read STEP files.

With a 3D model of the PCB in STEP, I can then do my case design and ensure everything fits as well as generating any marketing material