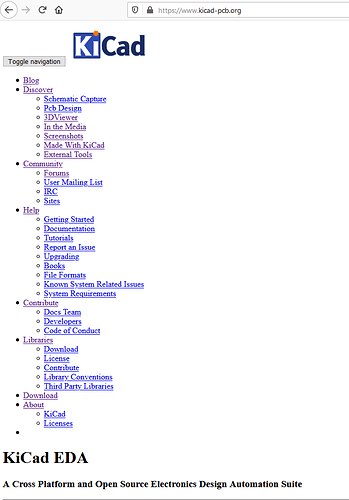 fine for me in both ff76 and gc81… I’d say you need to dump some cookies and reload? 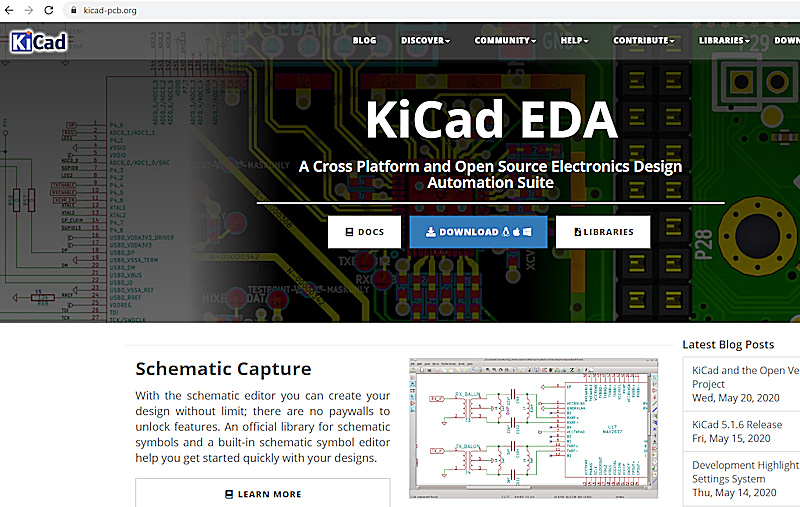 I’ve got the same weird “text only” version in Firefox.
In another browser “Arora” ( http://arora-browser.org ) it looks like normal.

If I click on one of the “learn more” buttons: 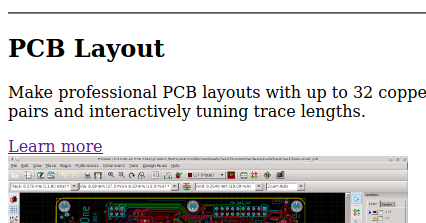 then the CSS seems to load normally after that, even when I go back to the main page. A bit further experiment in Firefox:

Edit:
Apparently fixed now. 2nd link seems to automatically redirect to the first. (If that is the right way to say it, My web development vocabulary is minimal).

The developers noticed this and discussed in the mailing list. I presume someone will make www.kicad-pcb.org to work, too.

Working again now, I didn’t know that there was no “www” anymore

www now has a permanent 301 redirect to the non www. And fixed the underlaying issue with relative file paths after the addition of integrity and cors.

It’s easier next time for anyone with website issues to report it in the github repo (still there) as we get notifications immediately.

Chrome recently took up the fight to automatically suppress/hide www in urls.

If this is true it’s just a completely horrible bad idea.
Some browser demolishing an URL and lying to the user is just juck!

It’s also been fashionable for a few years to hide the “http://” or “https://” in URL’s for a while.
With one of the latest updates, Firefox does show the full URL (again) but makes the stuff they think less important a lighter shade of gray. IE:

Allow me to draw your attention to RFC 2219. This RFC documented the practice of identifying the host which provided a network service by prefixing the domain name with “www”, “ftp”, or any of several other identifiers. This has nothing to do with marketing and everything to do with finding the correct host for the service you want to use. Quoting this RFC’s abstract:

It has become a common practice to use symbolic names (usually CNAMEs) in the Domain Name Service (DNS - [RFC-1034, RFC-1035]) to refer to network services such as anonymous FTP [RFC-959] servers, Gopher [RFC-1436] servers, and most notably World-Wide Web HTTP [RFC-1945] servers. This is desirable for a number of reasons. It provides a way of moving services from one machine to another transparently, and a mechanism by which people or agents may programmatically discover that an organization runs, say, a World-Wide Web server.

Please note that RFC 2219 was issued in 1997, by which time this practice was “almost universally adopted”, having started almost as soon as the Domain Name System was adopted and long before the Internet became widely commercialized. As someone who has been on the Internet for 30 years, and spent the first dozen of those developing TCP/IP networking stacks and routers, I can attest that this was very common in the very early 1990s.