At the beginning Kicad does not show 3D models for electronics components: 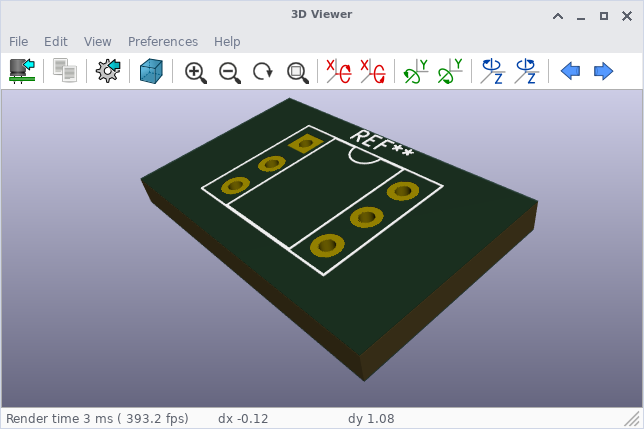 And then I set the enviromental variables in “Configure Paths” window: 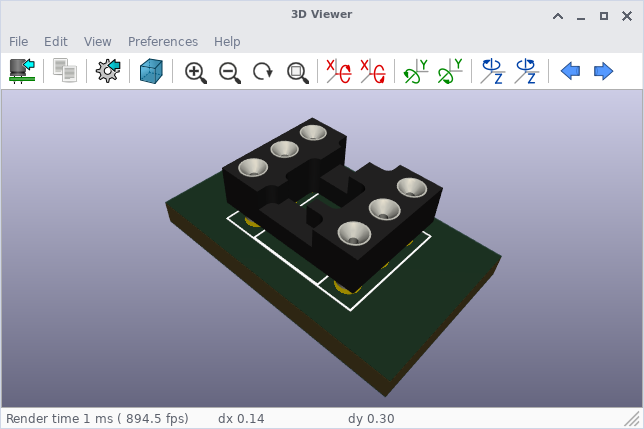 So this is how I obsoleted the imperfect default libraries inside /usr/share/kicad/ that lack 3D models, have weird naming conventions etc. Now I intend to use git pull sooner or later and when I will do it, my official libraries will be overwritten. This is why I will avoid changing them.

I am planning to copy & paste (& modify) whichever library elements I need in my projects to my private libraries. This is what I want:

How would I do this in terms of Kicad? I was thinking of creating an enviromental variable e.g. LIBRARY_PROJECT and each time that I would start working on a project I would point it to the project’s library. But after I created it this enviromental variable wasn’t visible in “Symbol library manager’s”’ section “Path substitution”. 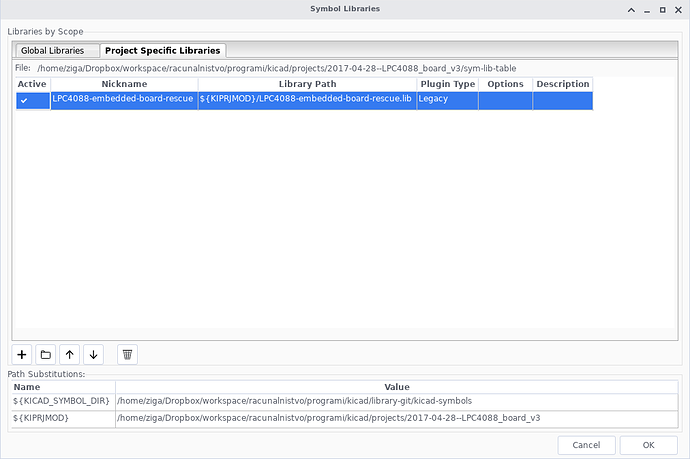 So what do I do? Should I avoid using enviromental variables for private libraries and use “Symbol library manager” somehow? What are your experiences?

I suggest putting project specific libraries inside projects and storing whole project in git instead of just the libraries.

I was thinking of creating an enviromental variable e.g. LIBRARY_PROJECT and each time that I would start working on a project I would point it to the project’s library.

That’s what ${KIPRJMOD} is for, it’s a pseudo-variable which always points to the current project path.

I once made a custom ${KICAD_DATASHEET) and used it to point to pdf datasheets of my custom symbol libraries. It seemed to work as expected, but it has been some time since I last used it.

Having a default location for spice models also seems to be logical.

It is not the same at all. Project’s library pointed to by LIBRARY_PROJECT could be in different location than project folder (I still wonder if it makes sense to archive projects and project’s libraries in separate folders) while KIPRJMOD always points to the current project’s folder.

So I decided to use KIPRJMOD now. How do I automate the process which would:

Create this folder structure inside every new project that I open:

Shell/batch script of your favorite flavour

Set up library search paths to:

There is no such thing in KiCad, it can’t search for libraries, it only knows about libraries you explicitly added to global/project library table.
KiCad will, however, conveniently substitute project path portion of the library path with ${KIPRRJMOD} whenever you add a library that is anywhere within project folder.

Shell/batch script of your favorite flavour

I was thinking of creating a template to create the subfolders in my project folder. But it doesn’t work. My template is listed among templates: 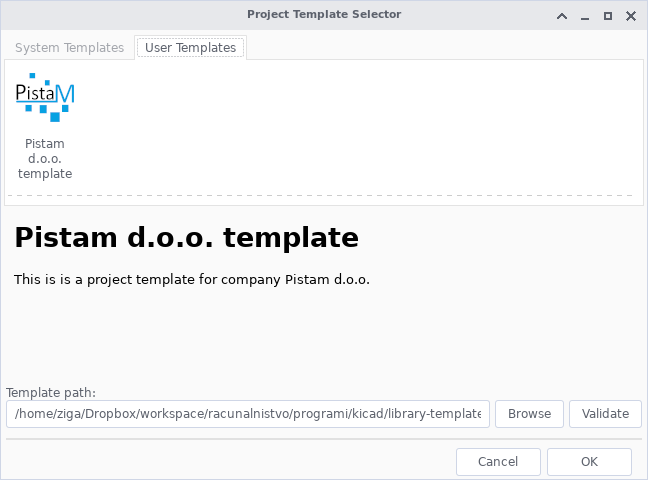 And when I use it to start my new project “test2” it creates files, but it fails to create folders that are inside of it:

These folders inside of the template folder are completely ignored at creation of “test2” project:

So how do I automatically create folders using my template? I would hate if I have to use a script which is not part of a program…

That’s how the templates feature works right now, it ignores non-kicad files. Open a feature request on gitlab, I think there are reasonable arguments to make that feature copy the whole directory structure, devs might agree and implement it.

Ok. Just so that I know not to try the impossible. I home it becomes better in the future.

I have already read article at your first link, but the second link is really valuable. I am leaning towards keeping private libraries decentralised and small. Why?